Lego Batman is in The Lego Movie that came out on Friday so we will show you how to draw him in the black and yellow costume that he wears (opposed to the gray one that he sometimes wears). We will guide you to drawing him with simple to follow steps. 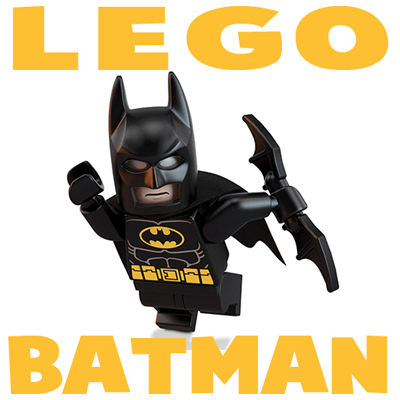 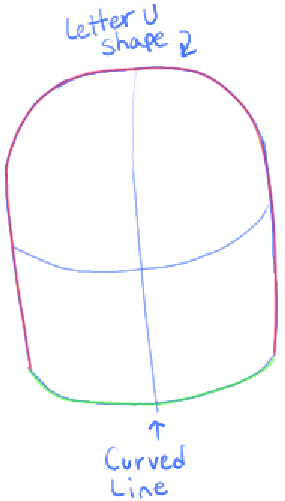 – Draw an upside down letter ‘U’ shape. Close the shape with an upward curved line. 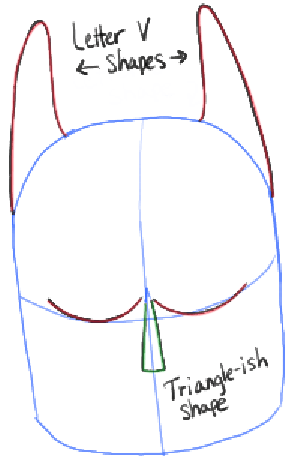 – Draw upwards curved lines for parts of the eyes.

– In between the curved lines make a shape that is similar to a triangle. 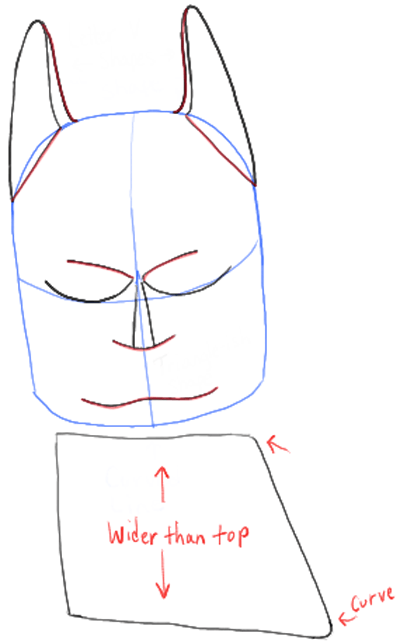 – Draw a downwards-curved line at the top of each eye.

– Draw an upwards curved line at the bottom of the nose.

– Draw a curvy shape that is like a flattened #3-like shape at the bottom of the face…this will the part of the mouth opening.

– Draw a rectangle-ish shape that is straight on the right side and slanted on the other side….the bottom is wider than the top side. Also the right-side corners are curved. 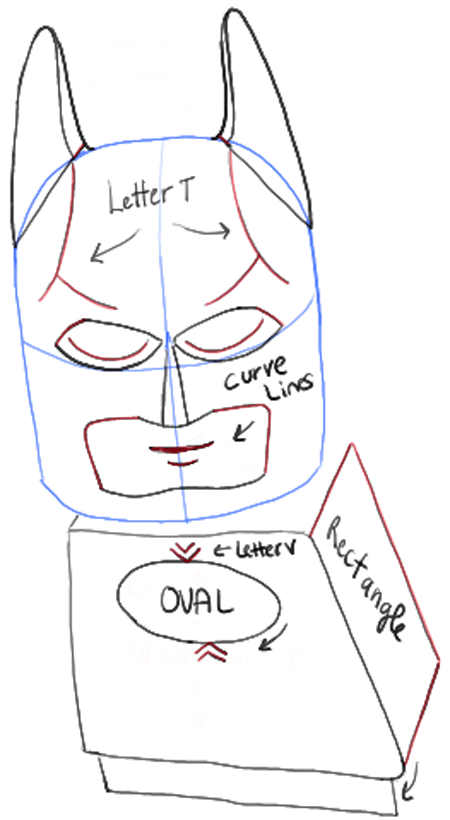 – Draw sideways letter ‘T’ shapes at the top of the mask.

– Draw 2 curved lines for the mouth and lip.

– Draw curved lines within each eye.

– draw lowercase letter ‘r’ shapes on either side of the mouth.

– Draw an oval and 4 letter ‘v’-like shapes within the chest.

– Draw the right side of the body with a rectangle-ish shape. 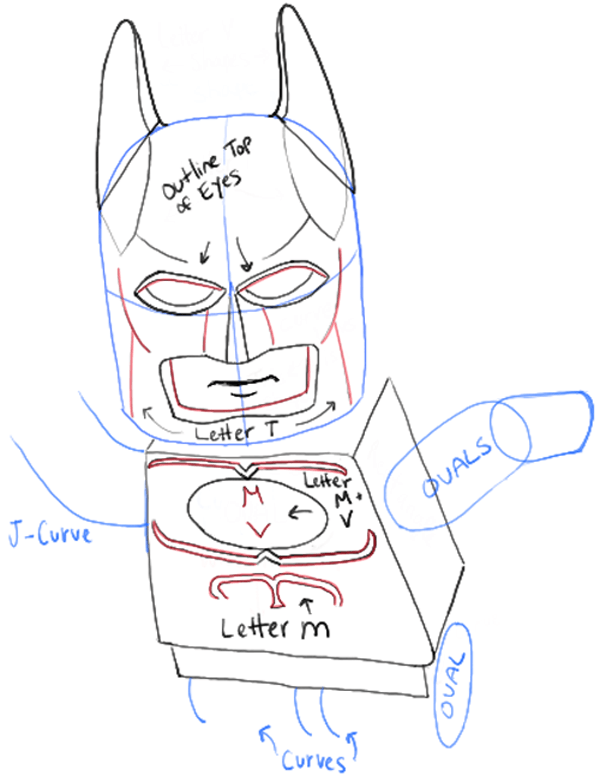 – Draw a curved line within each eye that mimics the shape of the top of the eye.

– Draw a letter ‘T’-like shape on both sides of the face.

– Draw the inside part of the mouth opening of the mask. Also draw 2 curved lines within the mask.

– On the chest: Draw a letter ‘M’ and a letter ‘V’-like shape within the oval. Draw curved lines on either side of the letter ‘v’ shapes from the last step. Also draw a bubble-letter ‘m’-like shape below the oval.

– Draw an oval for the hips as well as curved lines that mimic the shape of the oval.

– For left arm: draw two letter ‘J’ like curves. For the right arm: draw an oval and a half-of-a-pill-like shape. 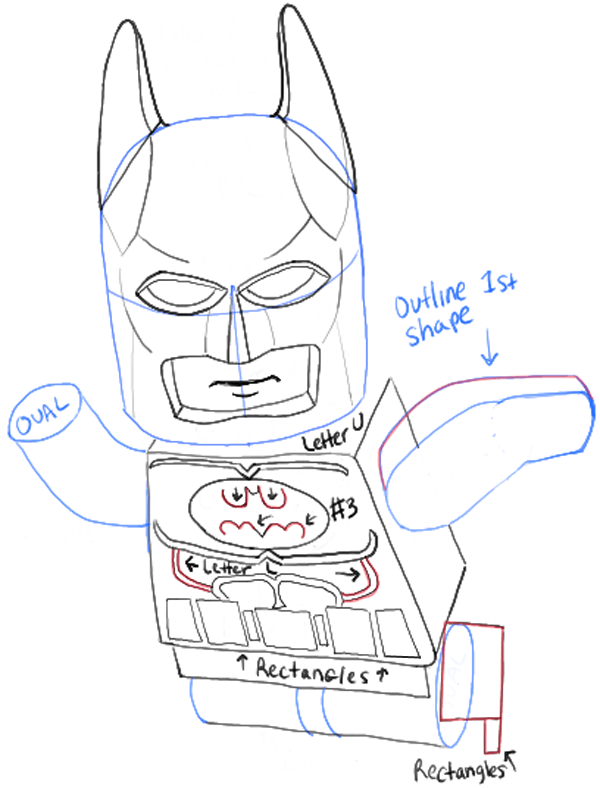 – On the left arm: draw an oval. On the right arm: Outline the first shape that you made in the last step.

– Draw rectangles at the bottom of the chest.

– Draw rectangles for the foot on the right-side.

– Draw a line under the curves of the waist and connect it to the oval. 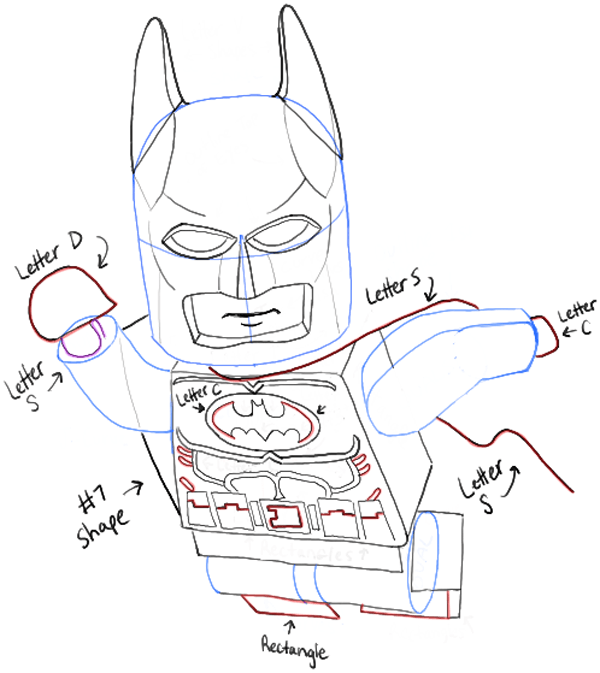 – Left arm: Draw a letter ‘s’-like shape at the end of the arm as well as a sideways capital letter ‘D’ shape.

– Draw a sideways letter ‘s’ shape for the cape and for the part under the right arm.

– Draw a letter ‘c’ shape on either side of the bat in the oval on the chest.

– Draw shapes within each rectangle.

– Draw rectangles on each leg. 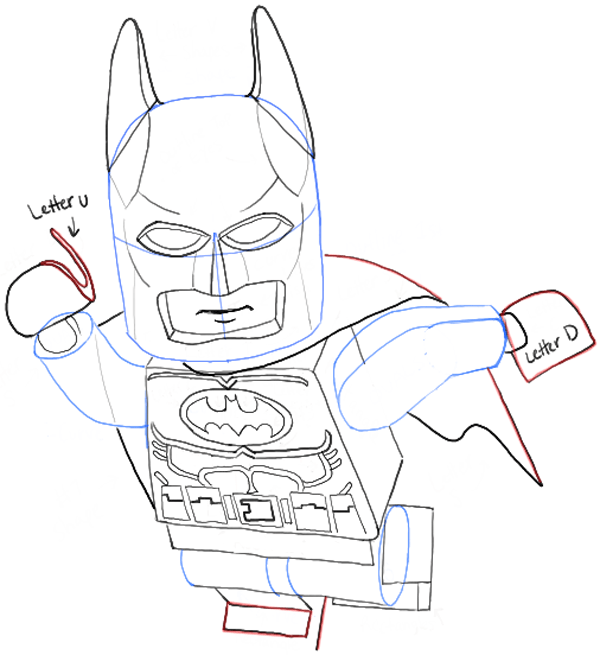 – Draw a rectangle and a line for the feet. 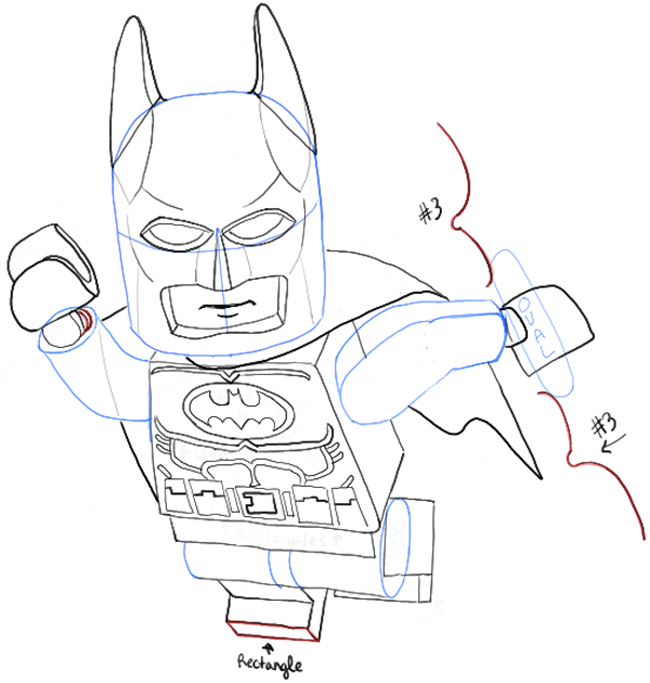 – Draw a sideways letter ‘F’-like shape on the left wrist.

– Draw another rectangle for the left foot.

– Lightly draw an oval over the right hand. Then draw a #3-like shape on either side of it. 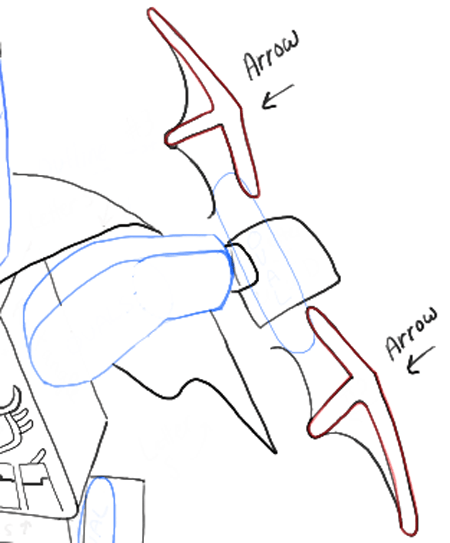 – Draw an arrow shape on either side of his hand. 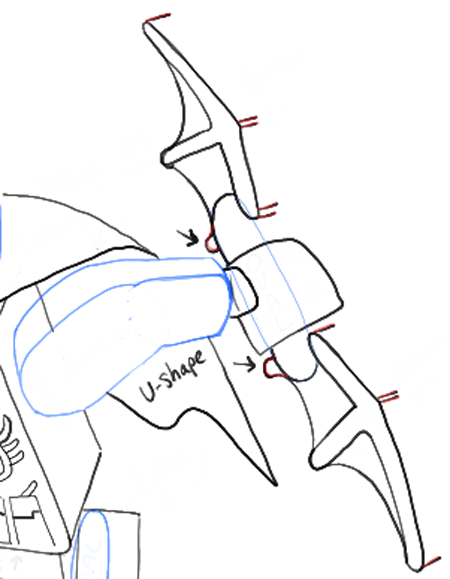 – Draw letter ‘u’ shapes on either side of his hand. Draw lines in specific places. 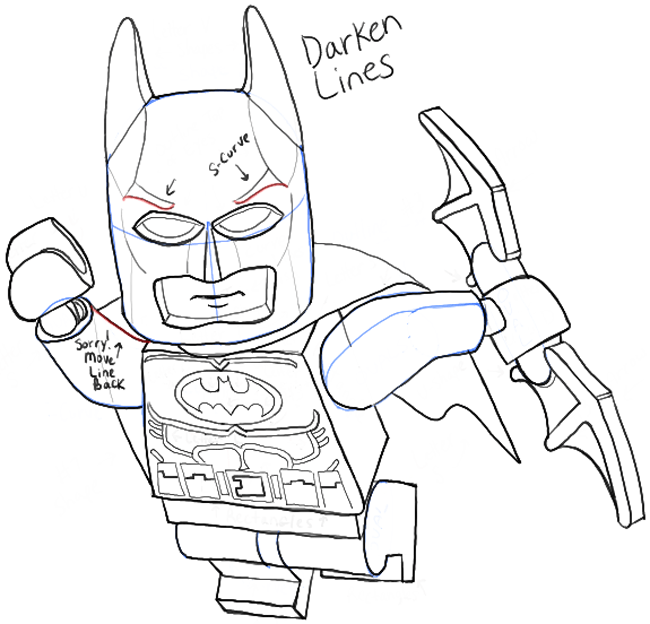 – Connect the lines from the last step to each other.

– Draw letter ‘s’ like curves where his eye brows should be.

– I made a mistake with the left arm…just move the line up a bit. Sorry I am just telling you this now but the tutorial was made in a video and I bring it here thru screenshots. 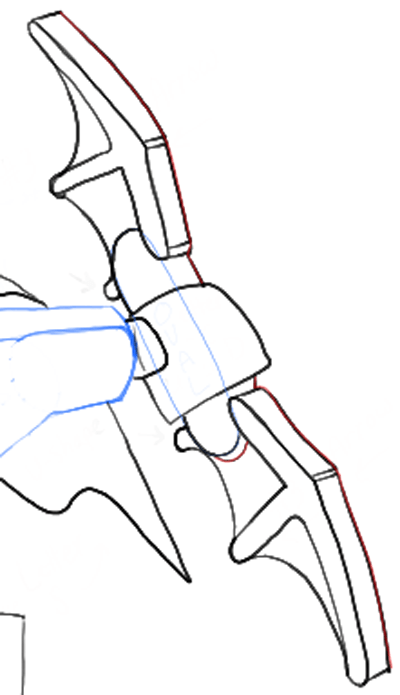 Here there is a close up of the hand and tool in his hand. 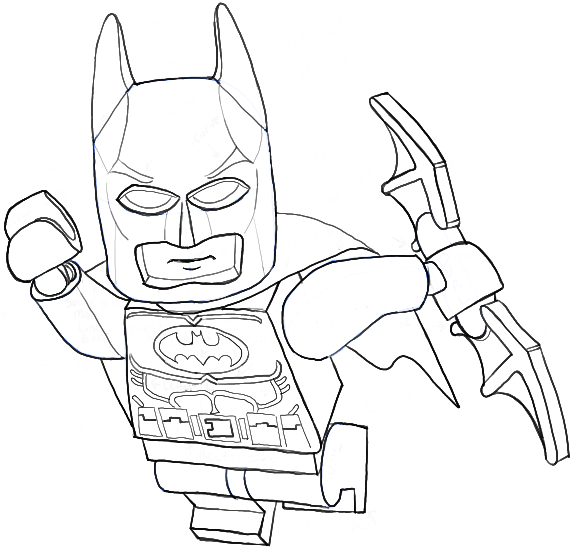 Now erase any guidelines (blue or red in this tutorial) and darken / thicken any lines that are important! I hope that you had fun and come back any time for more tutorials.