Composition in a drawing is the arranging of the objects, the lines, and the dark and light spots, so that the important parts of the drawing stand out, yet a feeling of unity throughout the drawing is apparent. In arranging the composition of your drawings, there are several rules that should be kept in mind if your finished cartoon is to be effective and interesting. 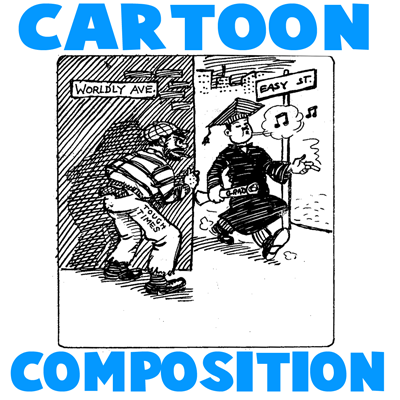 Now we will start with some of the general rules that should be kept in mind to make your comic panels visually appealing.

Using Borders in Your Cartoon Compositions 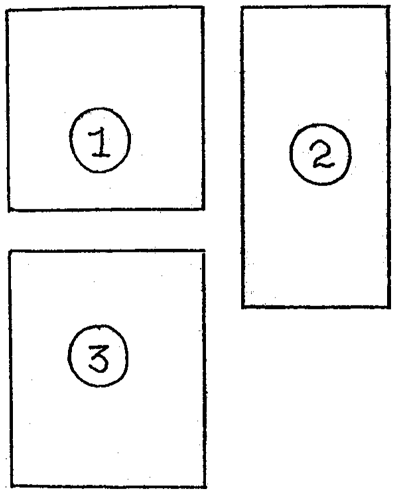 Before you start your drawing you must decide what space it will occupy. Usually a border is placed about the cartoon. Look at Figures 1,2, and 3 on the plate. Which of these rectangular borders is most pleasing to the eye? Figure 1 is a square and, consequently, is too mechanical and interesting. Figure 2, while more interesting is awkward looking. Figure 3, however, is probably the most pleasing to the eye, is not awkward looking. and does not appear as mechanical as the square. In drawing your cartoons use a border line similar to this one, a rectangle that is not quite as wide as it is high.

Using Shading and Contrast in Your Cartoon Compositions 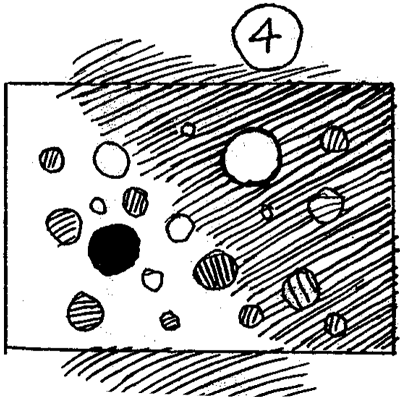 The center, or centers, of interest in your drawing should always be made to stand out from the rest of your drawing by contrast in the shading tones you use. That is, if the object in your cartoon that you want noticed first, is shaded dark, make its background very light. If the object is light, make the background dark. Figure 4 shows you how effective this little “trick” of shading can be. Notice how the black and white spots stand out from their respective backgrounds and attract your attention more than the other spots do.

Placing Your Center of Interest in Your Comic Compositions 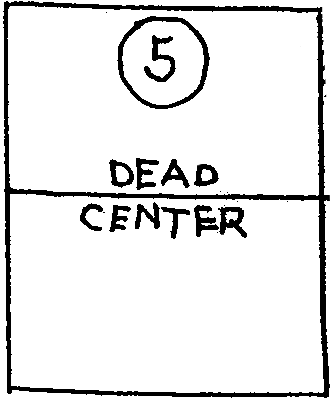 Figure 5 shows you a layout for a sketch with the horizontal center marked off. In placing your centers of interest in a drawing, try to locate them as near to the center of your layout without actually hitting the exact center. 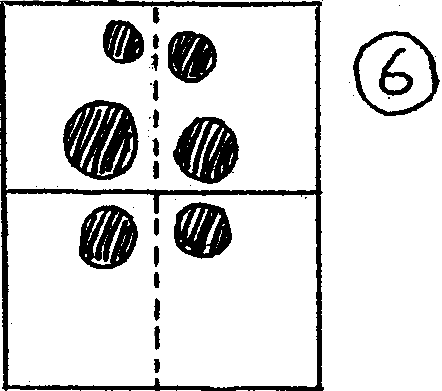 Fig. 6 shows you the best spots, in relation to the horizontal and vertical centers, in which you should locate your centers of interest. 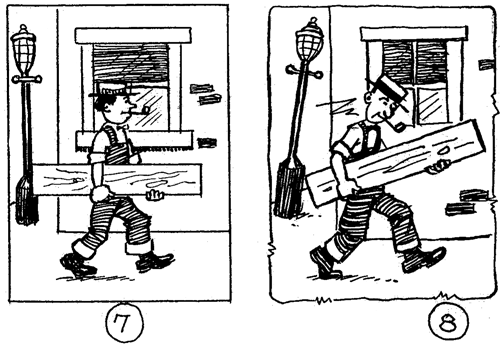 Compare Figures 7 and 8. These two sketches illustrate another little effective “trick” that most amateur cartoonists do not know of. In Figure 7 the sketch seems very stiff and lifeless, simply because so many of the lines in the figure, the background, and the border line are parallel. Notice how the hat in this sketch conflicts with the window. In Figure 8 I have changed the slant of many of the lines in the figure and background, thus improving the action and interest of the sketch tenfold, as you can see for yourself. Notice, too, how much more interesting the lines of the window and the border appear when drawn free-hand rather than with a ruler as they were in Figure 7. 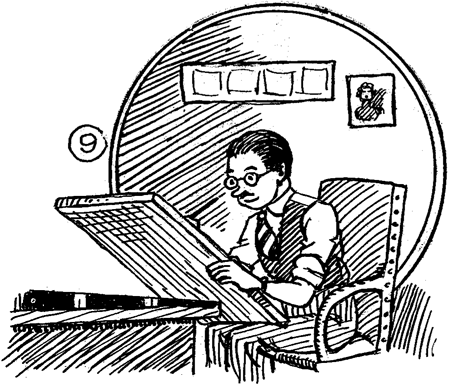 Figure 9 shows you a new and interesting way of laying out a drawing. Sometimes a small square or rectangle is used in place of the circle, but in all cases, this small border, which appears to be in back of the drawing, should be placed so the center of interest comes near the center of it. In this case, the artist’s head and upper body is the center of interest. 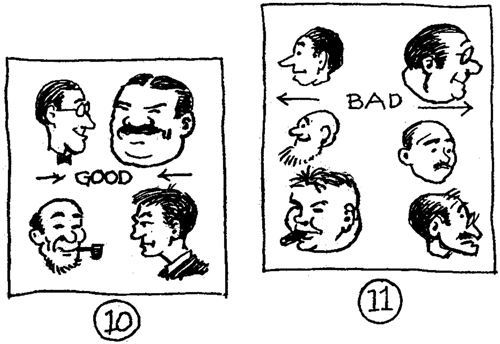 In arranging your figures in a cartoon, or if a number of separate sketches are to be arranged together as one large drawing, always try, whenever possible, to have the heads in these sketches looking in towards the center of your drawings. Figures 10 and 11 show you the  advantage of such a layout. 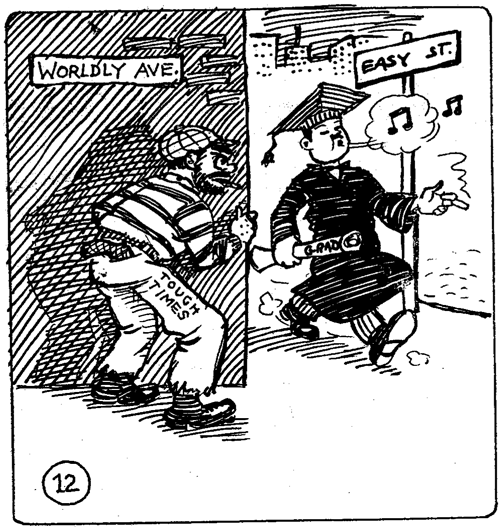 In Figure 12, I have shown you how some of these rules or principles may be applied in a large cartoon. First of all, notice how the two figures and the two signs are arranged so that your eyes naturally travel from one to the other in almost a circle. This is an important point to watch in composing your cartoons. Arrange the centers of interest so that, in glancing at the finished cartoon, your eye swings from one important element in the drawing to the other without being inclined to “slide out”of the picture. By shading “Tough Times” lightly and placing him against a dark background he stands out almost as effectively as the “Grad” who is shaded dark against a light background. Notice where these two “centers of interest” are placed in relation to the center of the drawing.