Today we will show you how to draw the red-headed Scottish princess, Merida, from Disney’s Brave. We will guide you thru the process of drawing Merida with simple to follow steps by using geometric shapes, numbers, and alphabetic letters. Have Fun!

How to Draw Merida from Brave Step by Step Drawing Tutorial 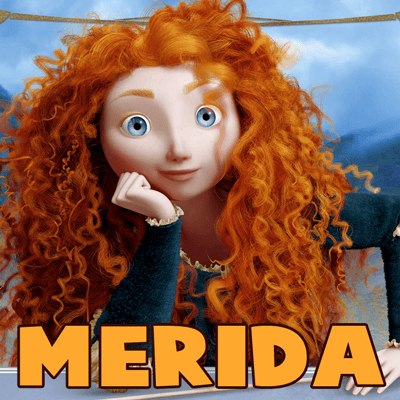 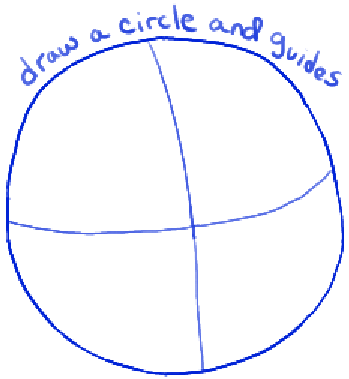 Draw a circle with guidelines around it. 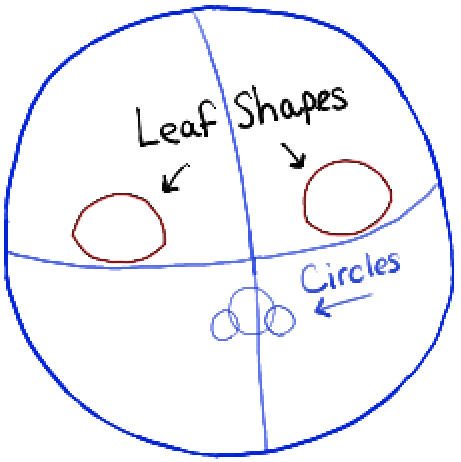 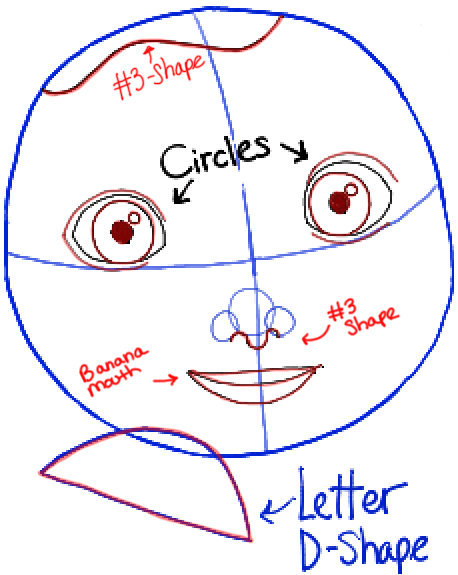 – Draw circles within the eyes.

– Draw a #3-like shape at the bottom of the nose and at top of the head.

– Draw a letter ‘D’ shape at the bottom of the face. 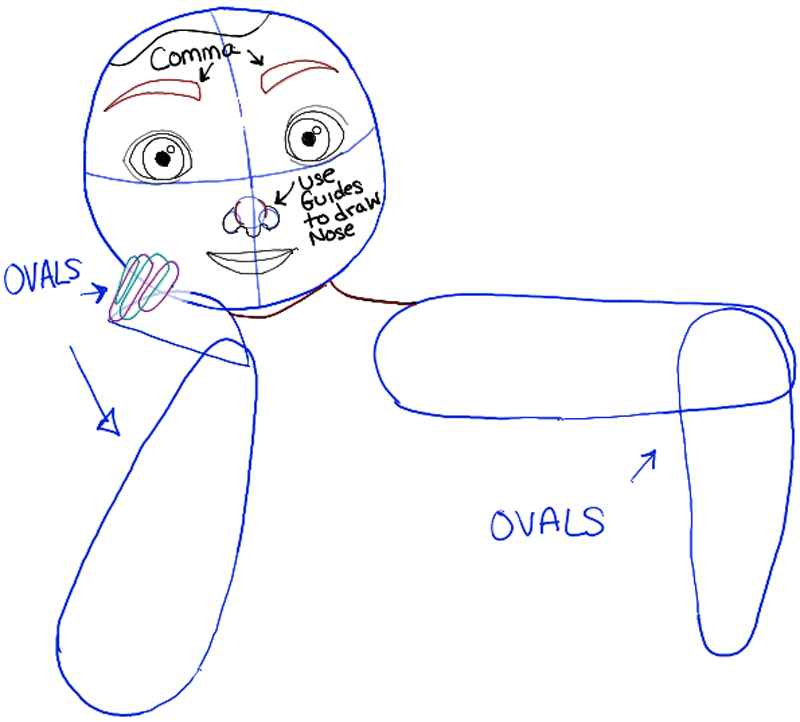 – Use nose’s guidelines to draw the rest of the nose.

– Draw ovals for the fingers on the left hand.

– Draw ovals to draw the arms. 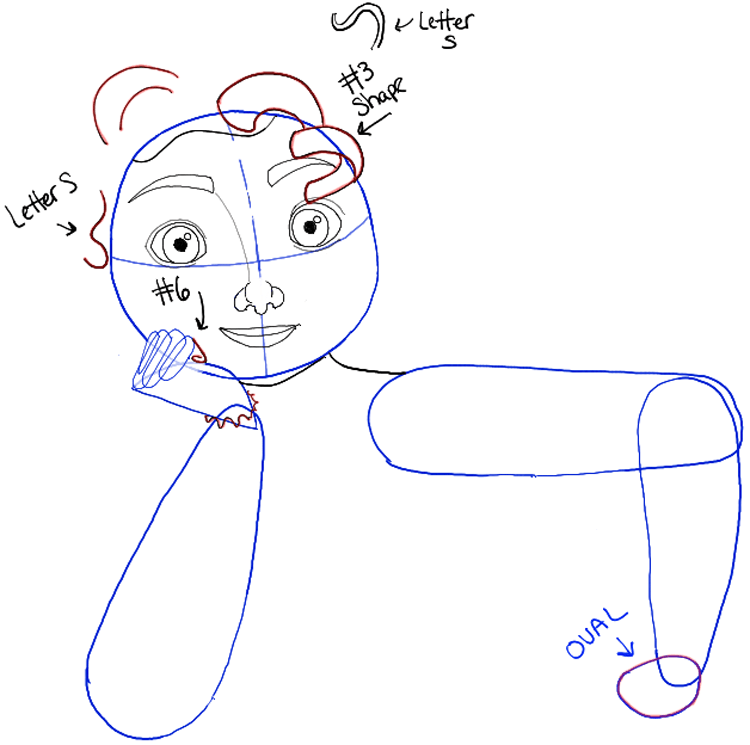 – Draw a #6-like shape for the finger on the left hand.

– Draw an oval for the right hand.

– Draw wiggly lines for the sleeve line on the left hand.

– Draw some basic shapes for the hair. 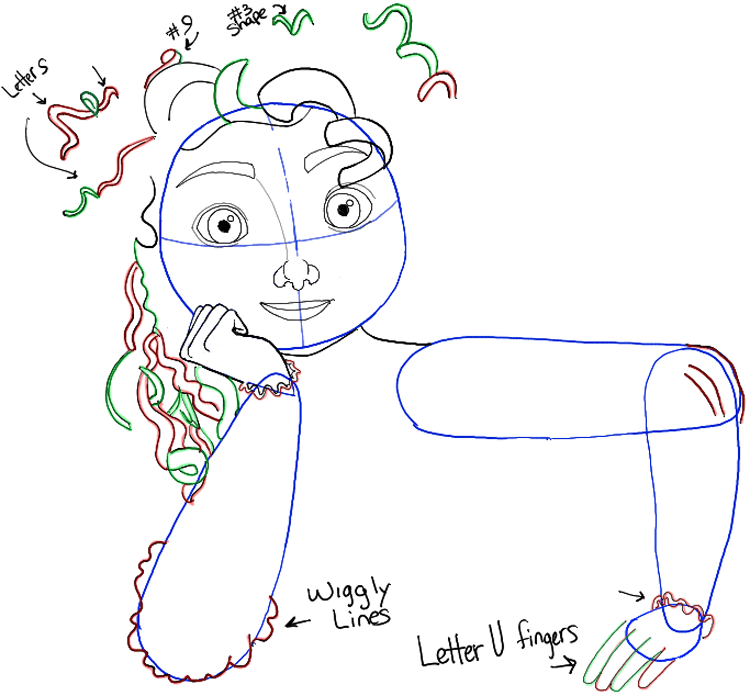 – Draw wiggly lines around the left elbow and wrist…as well as the right wrist.

– Draw letter ‘U’ shapes for the fingers on the right hand. 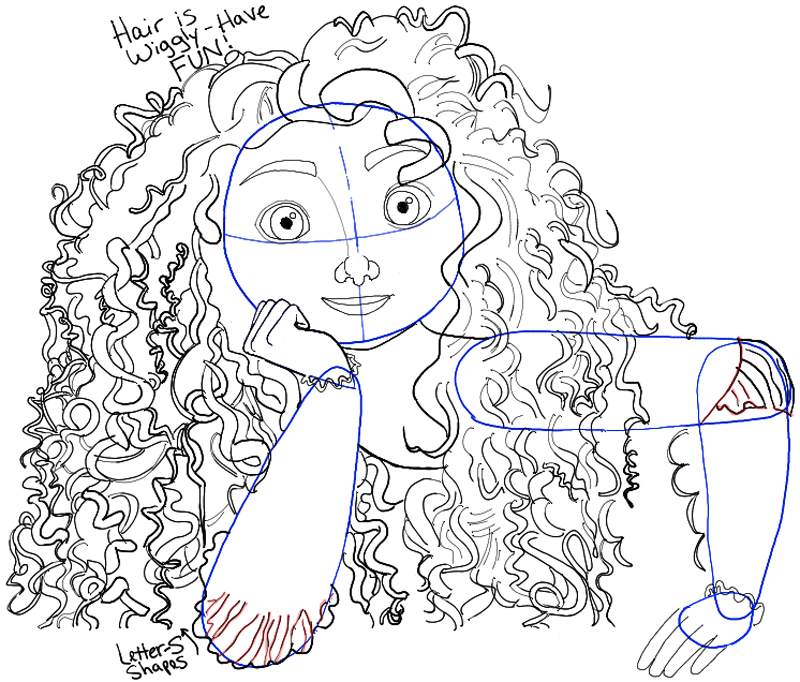 – Add some more details to the shirt. 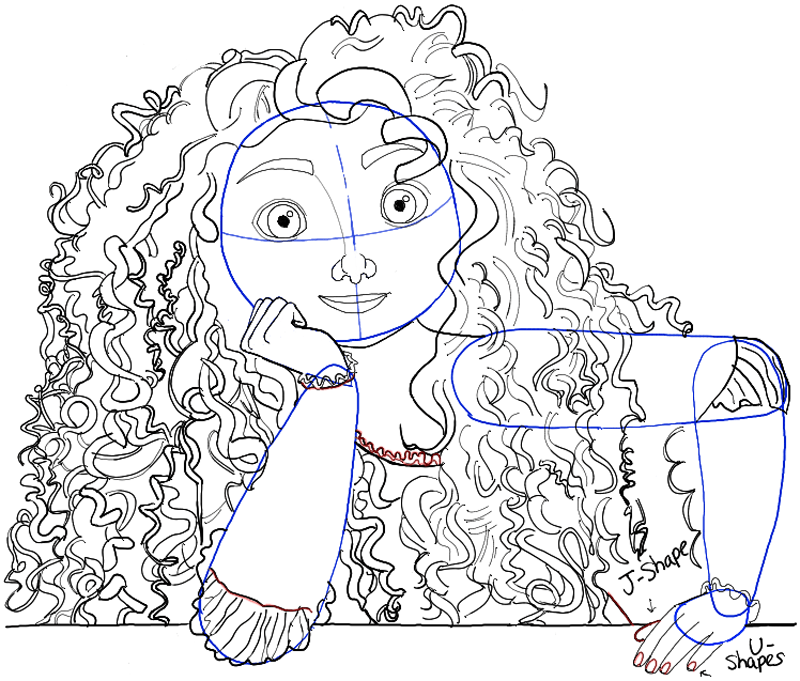 – Add letter ‘U’ shaped nails to the right hand.

– Add some more basic shapes to the shirt. 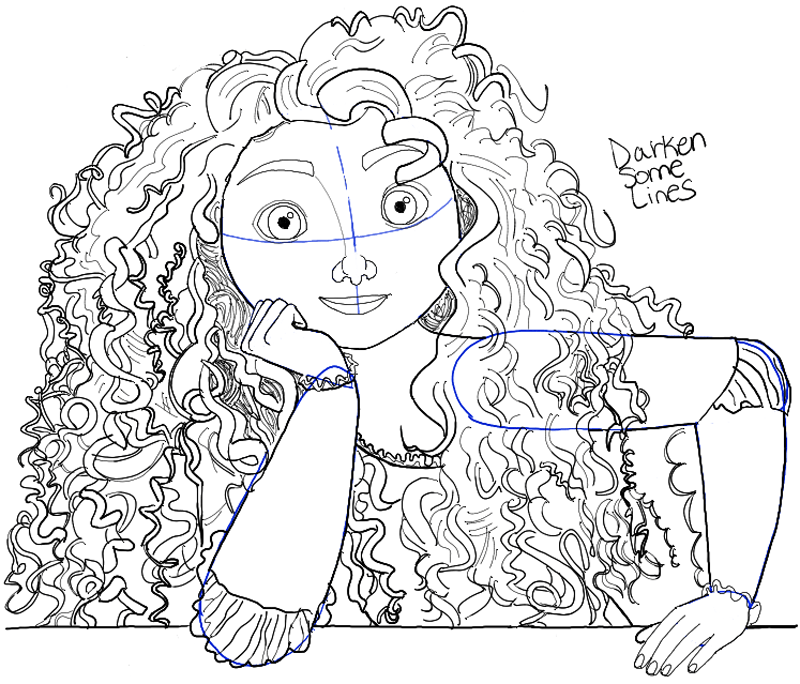 – Darken / thicken some lines that need it. Then erase guidelines. 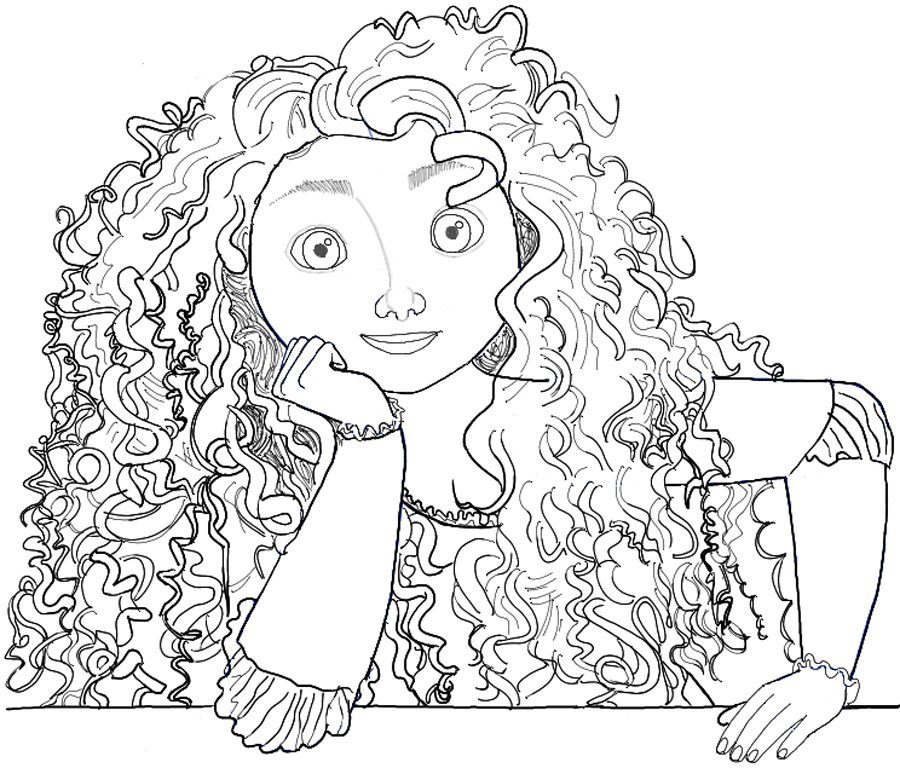 I hope that you enjoyed drawing Merida from Disney’s Brave. I know that her hair is complicated…I hope that you didn’t get too frustrated. Come back for more drawing tutorials soon!