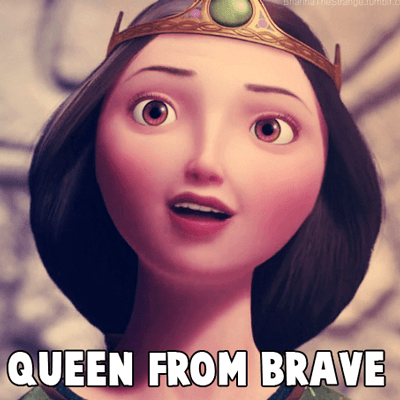 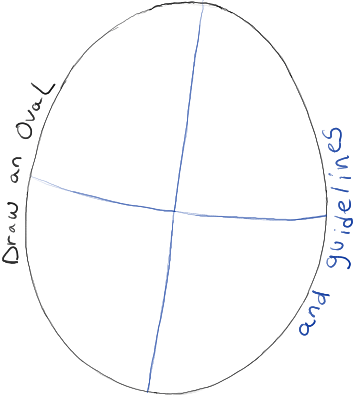 – Draw an oval with guidelines thru it. 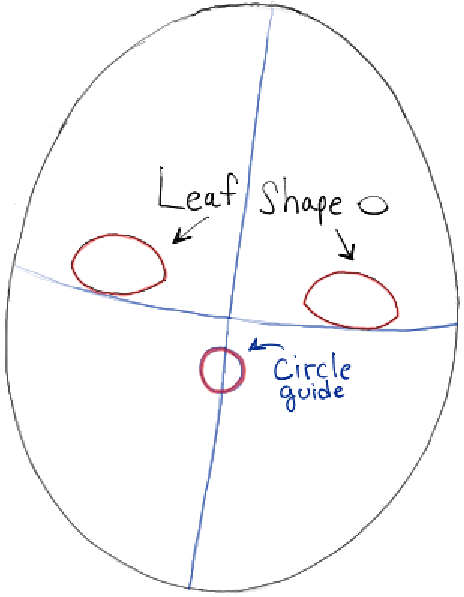 – Lightly draw a circle guide for the nose. 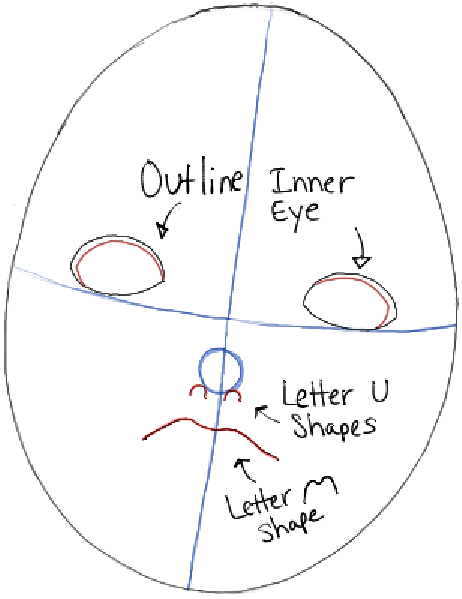 – Draw upside down letter ‘u’ shapes for nostrils.

– Draw a letter ‘m’ like shape for the upper lip. 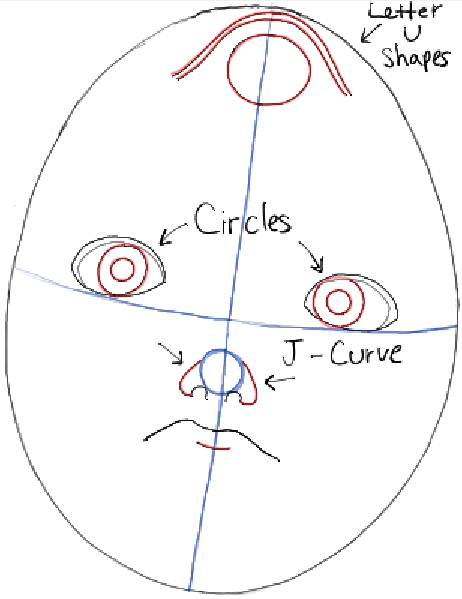 – Draw circles in the eyes.

– Draw letter ‘J’ curves on both sides of the nose.

– Draw a curved line for the bottom lip.

– Draw a circle and curved lines over it for the start of the crown. 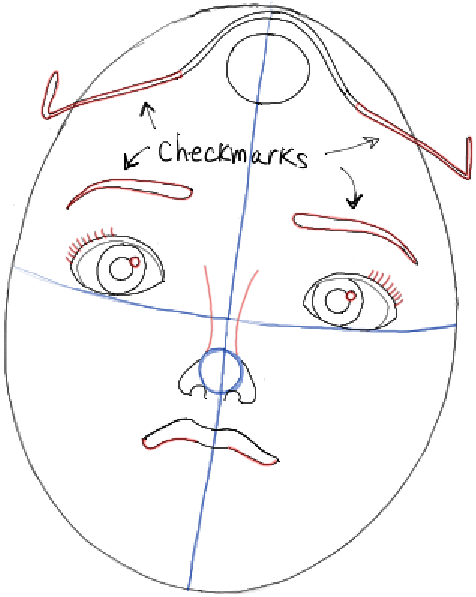 – Draw a checkmark shape on either side of the crown.

– Draw a circle highlight shape in each eye.

– Draw the bottom of the upper lip. 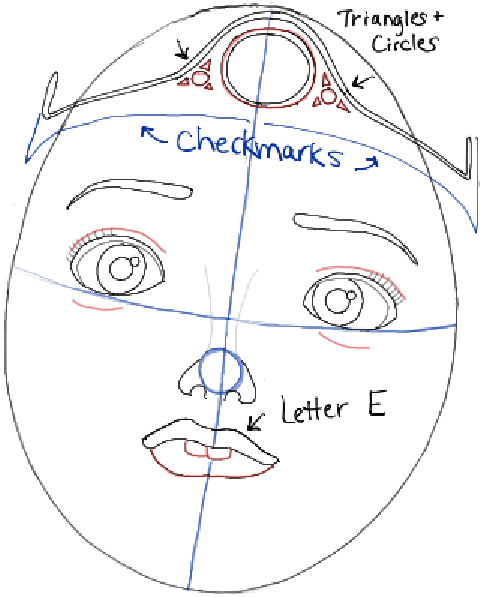 – Draw circles and triangles as the design on the crown

– Draw curved lines over and under the eyes.

– Draw a sideways letter ‘E’ shape for the upper teeth.

– Draw the top of the lower lip. 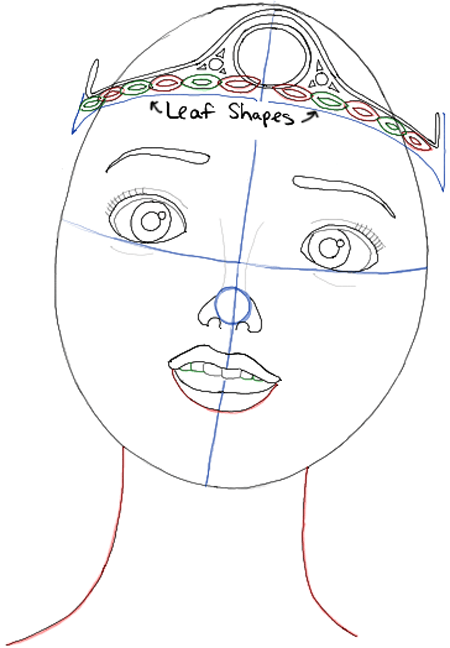 – Draw leaf shapes as the design on the crown.

– Draw a letter ‘J’ shape on either side of the head…for the neck. 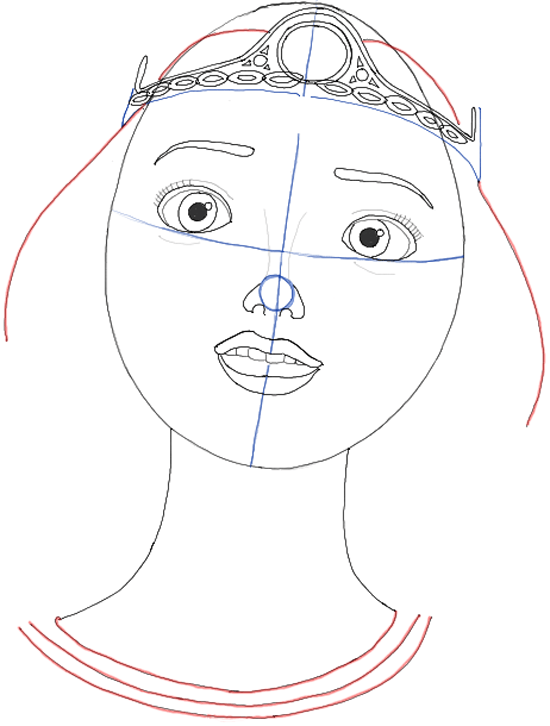 – Draw curved lines below the neck. 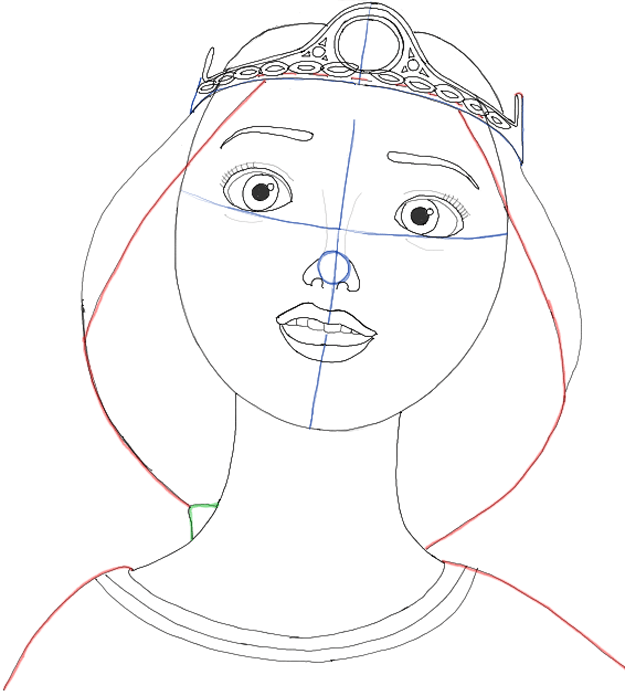 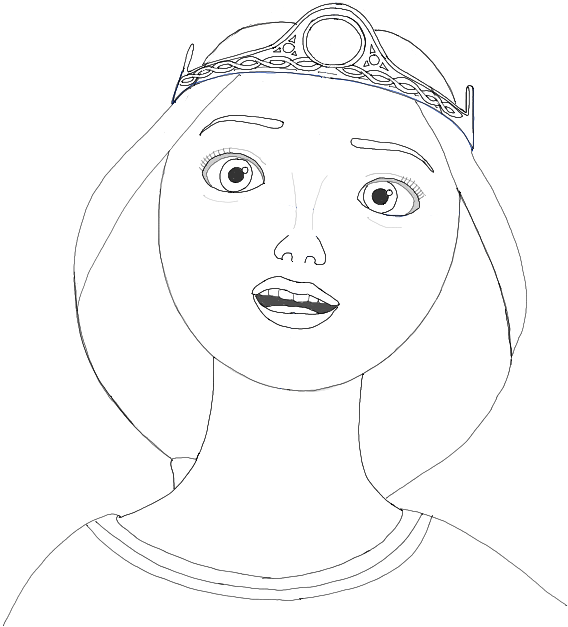