Today I will show you how to draw Vanellope Von Schweetz from Wreck it Ralph. I will teach you to draw her with easy-to-follow steps that include simple shapes, letters, and numbers. You will be able to follow the tutorial easily. Vanellope Von Schweetz is the main character and princess of the video game called Sugar Rush…that is until a character named Turbo or “King Candy” hijacked the game and tried to delete Vanellope’s code. Because she is now a “glitch” she can’t escape the meanies who hijacked her game. If she can cross the finish line, she gets her throne back. 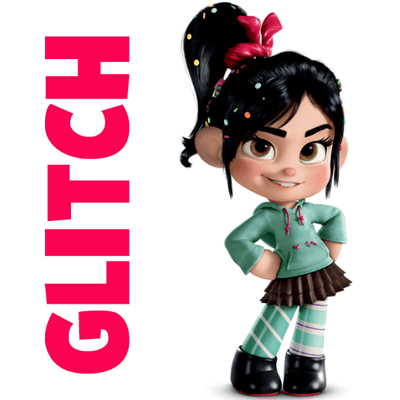 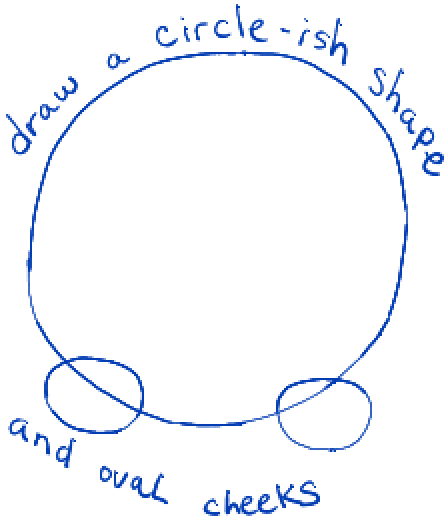 Lightly draw a circle-like shape. Then lightly draw 2 more ovals on both sides at the bottom. 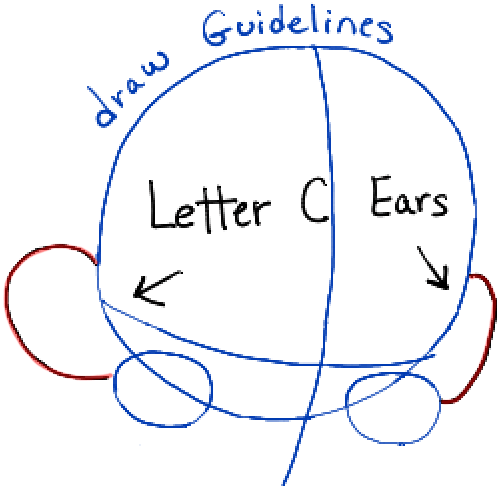 – Now lightly draw guidelines thru the face, as I did in the above illustration. 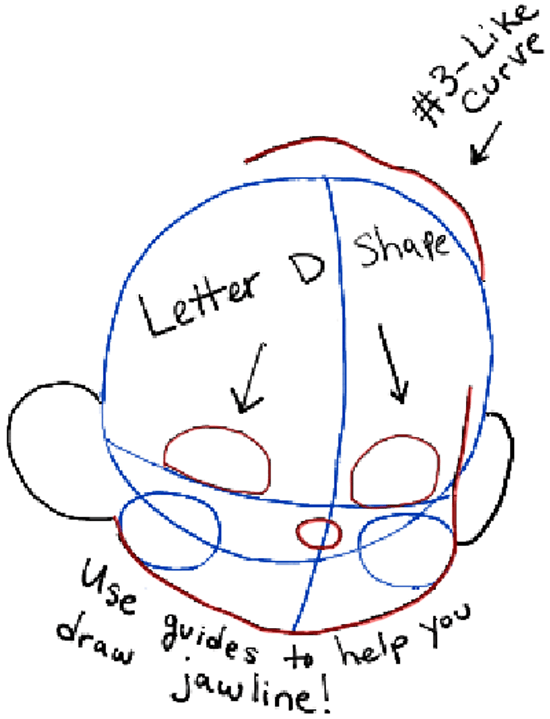 – Draw a shape that slightly looks like a #3-shape for the upper-right-hand-side hair line.

– Now draw an oval for the nose.

– Use the guidelines to help you draw the chin and jaw line. 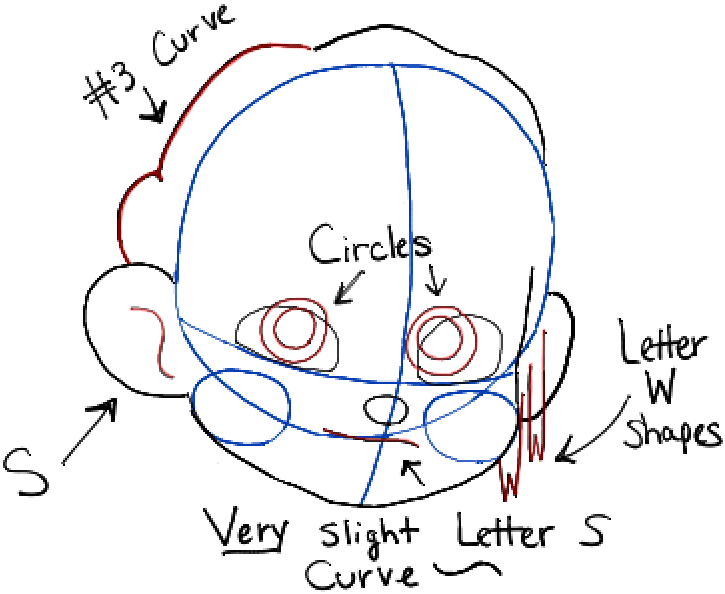 – Draw a #3-shaped curve for the left side hair line.

– Draw circles inside the eyes.

– Draw letter ‘W’ shapes for the hair on the right ear. 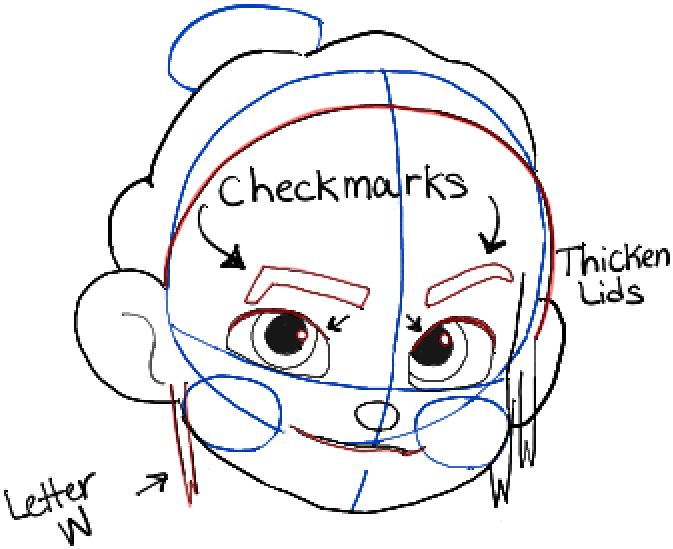 – Draw a curved line on the upper head.

– Draw a circle in each eye for the highlight.

– Draw a letter ‘W’ shape for the hair on the left ear.

– Draw the lower part of the upper lip. 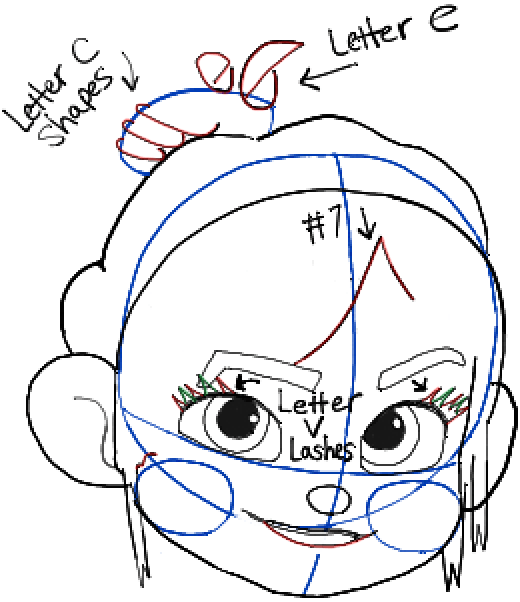 – Draw a curved line for the lower lip. 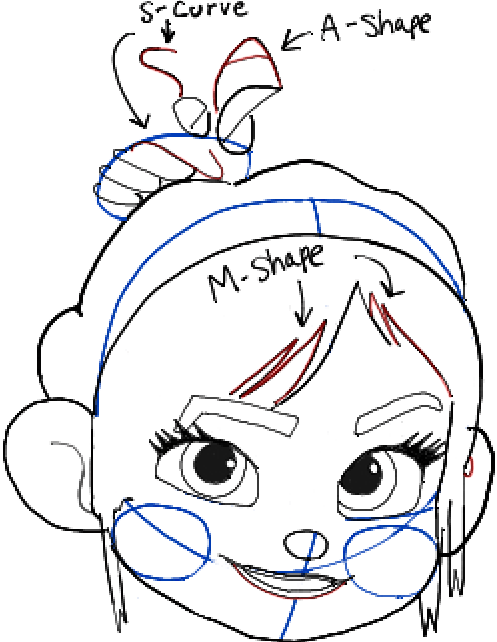 – Draw a curved line for the lower lip.

– Draw letter ‘s’-like curves as well as a capital letter ‘A” shape on the top of her head. 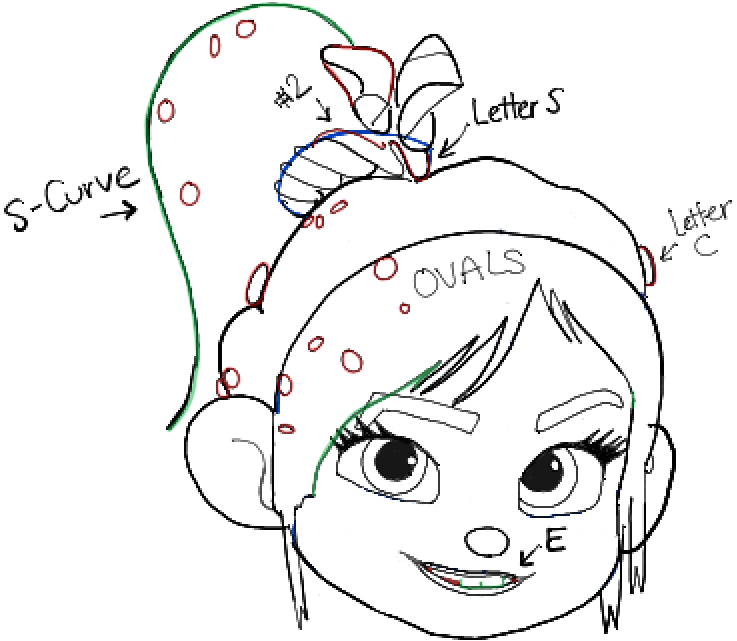 – Draw a letter ‘s’ curve for the shape of the pony tail.

– Finish up the details on the pony tail holder / hair band.

– Draw ovals all over the head (and one letter ‘c’ shape).

– Draw a sideways, capital letter ‘E’ shape in the mouth for the front teeth.

– Finish up the bangs. 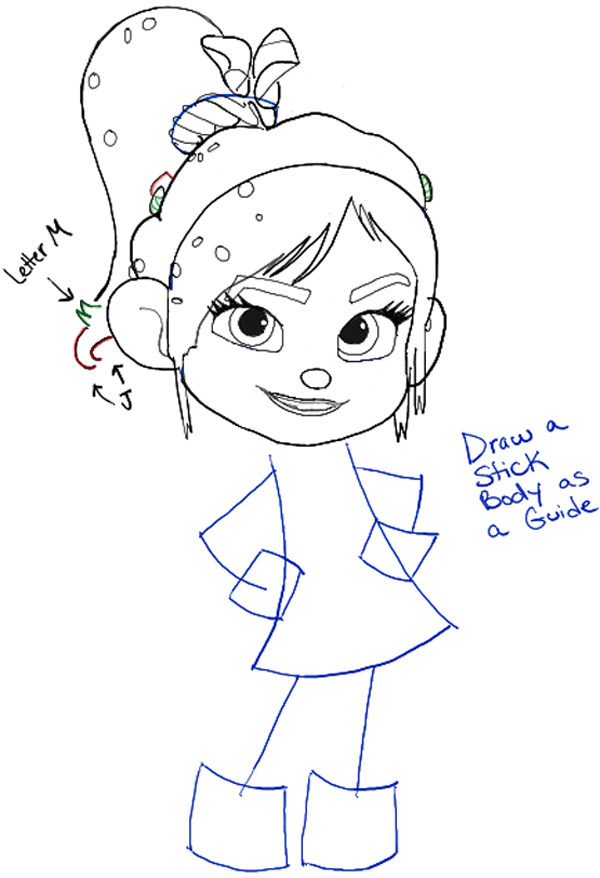 – Work on her pony tail. Draw a letter ‘M’ and two letter ‘J’ shapes at the end of the pony tail.

– Draw some curved lines in the candy that is on her head.

– Draw stick figure body…this will guide you to drawing her actual shape. 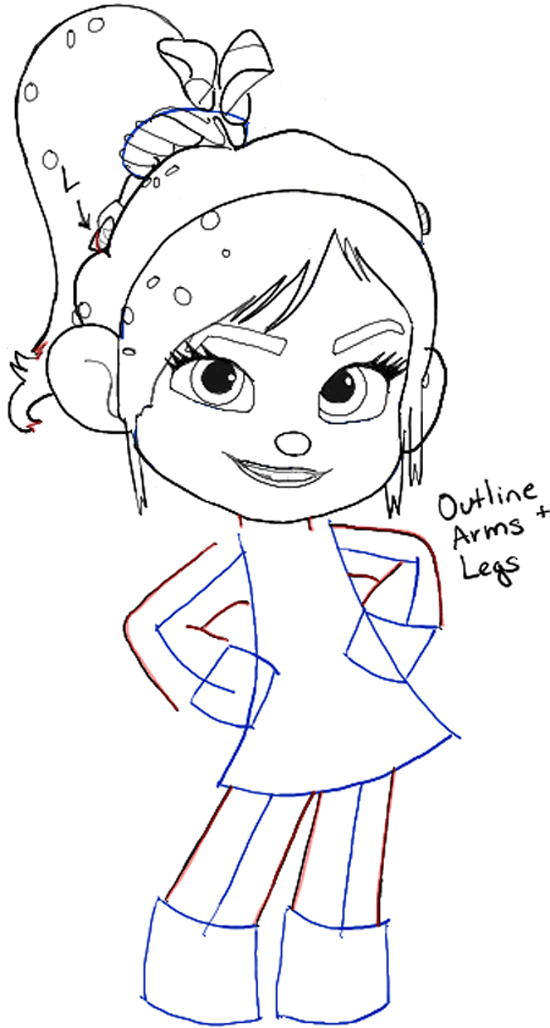 – Outline some of the body’s guides.

– Draw a sideways #2-like shape for her collar. Draw 2 circles underneath it.

– Continue using the guides to draw her body.

– Draw a letter ‘S’ shaped curve on the right-side of each shoe.

– Continue adding details to her collar…including strings coming thru the circles.

– Finish up the outer part of her shoes. 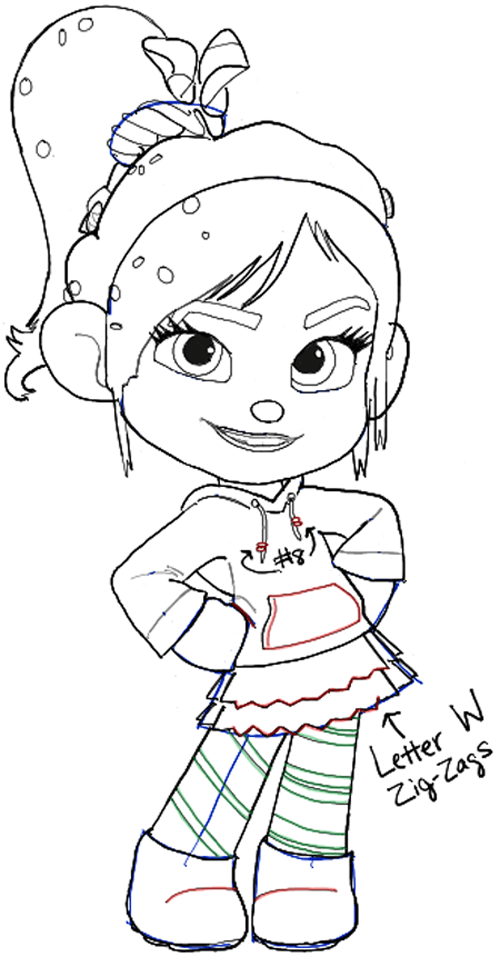 – Draw a #8-shape on both pull-strings on her collar.

– Finish drawing the pocket on her shirt.

– Draw slightly curved lines on her tights…notice that these lines are in a pattern.

– Draw a curved line on each shoe.

– Finalize the details…including little strings on her pocket…a letter ‘x’ and 2 ‘dashes’.

– Erase remaining guidelines and darken or thicken remaining lines. You are now finished. I hope that Glitch turned out great for you! Come back soon for more drawing lessons.