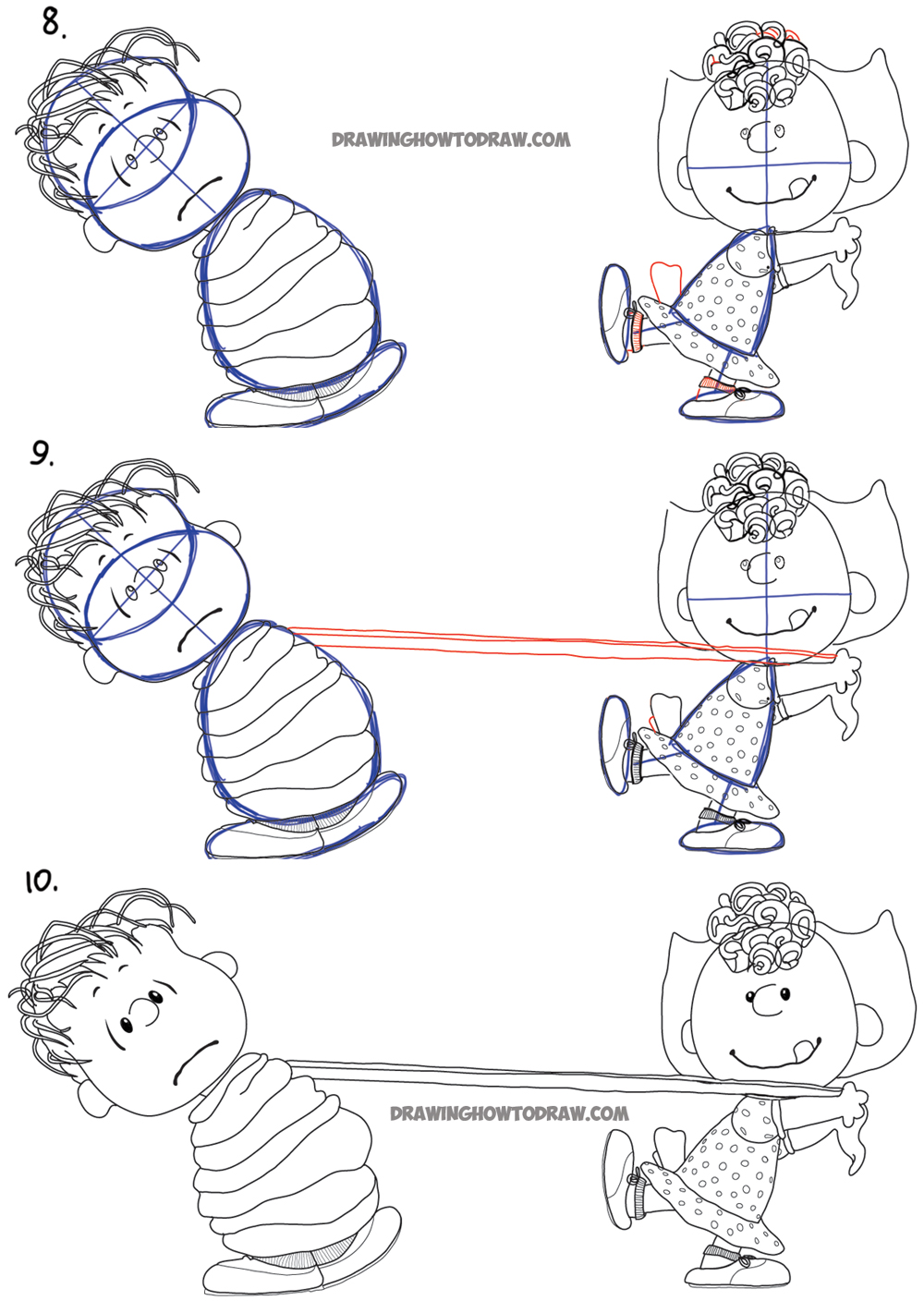 (Step 01) Draw the basic shapes that make up Linus and Sally.

(Step 02)
Linus: Draw ovals for eyes. Draw a letter ‘C’ shape for the nose. Draw the outline of his face, using the guides to help you.

Sally: Draw ovals for eyes. Draw a letter ‘C’ shape for the nose.

(Step 03)
Linus: Draw an oval inside each eye. Draw a letter ‘C’ shape for each ear. Draw a curved line for each eye brow and on the sides of the eyes. Draw curvy lines on his body.

(Step 04)
Linus: Draw wiggly lines for Linus’ hair….notice that if you look close enough, each hair looks like something that you can imitate. Such as one of the hairs looks like a letter ‘S’ shape and another looks sort of like a #3-shape. Draw a curved line between each curved line on his body. This is his blue blanket wrapped around himself. Draw a downwards curved line for his mouth.

(Step 05)
Linus: Draw more wiggly lines for Linus’ hair. Continue to draw curved lines for his blanket…also draw a line for his neck.

Sally: Draw some shapes that look like bubble-letter form #9 shapes….also a few other curved lines. Finish up her sleeve and draw her skirt. Draw a #3 shape on her hand. Draw a #7 shape for part of her blanket.

Sally: Draw two bubble-letter ‘S’ shapes…and also draw a few other lines in her bangs. Draw circles on her dress. Add to her shoes.

Sally: Draw a few letter ‘C’ shapes in her hair and some other lines. Draw socks and bows on her shoes.

Sally: Draw a letter ‘M’ like shape for her bow. Draw lines in her socks.