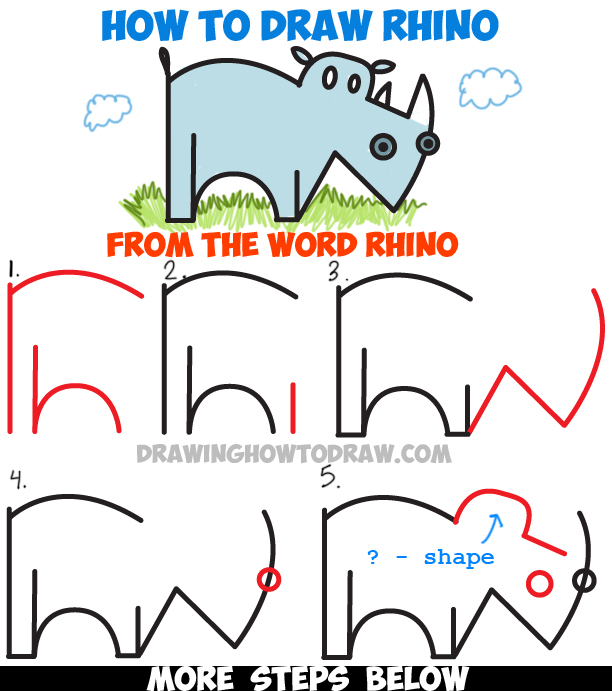 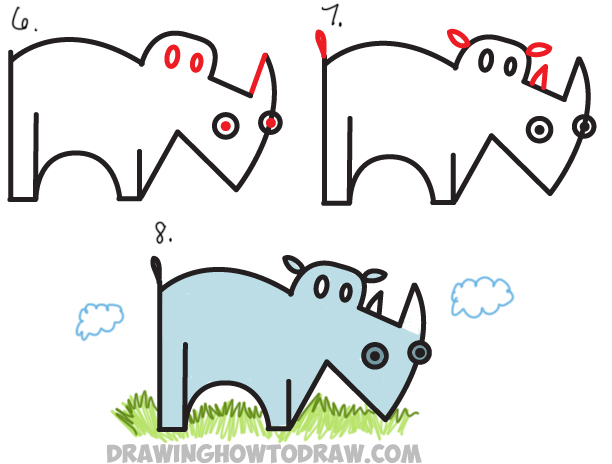 (Step 2) Draw a lowercase letter “i” without the dot.

(Step 5) Draw a sideways “?” shape for the top of the head. Draw a circle for the other nostril.

(Step 6) Draw 2 ovals for eyes, one larger than the other. Draw a line for the back of the front horn. Draw a circle in each nostril.

(Step 8) Color in the rhino if you choose to.