Today I will show you how to draw a computer laptop and keyboard using 1 Point Perspective techniques. Laptops are sort of annoying to draw because of the keyboard and all of the  keys that you have to draw spaced out correctly. So, if you want to draw a laptop, just recognize before you draw it, that it is a bit tedious to draw. Either way, this will help you understand perspective drawing techniques a little better. Happy Drawing! 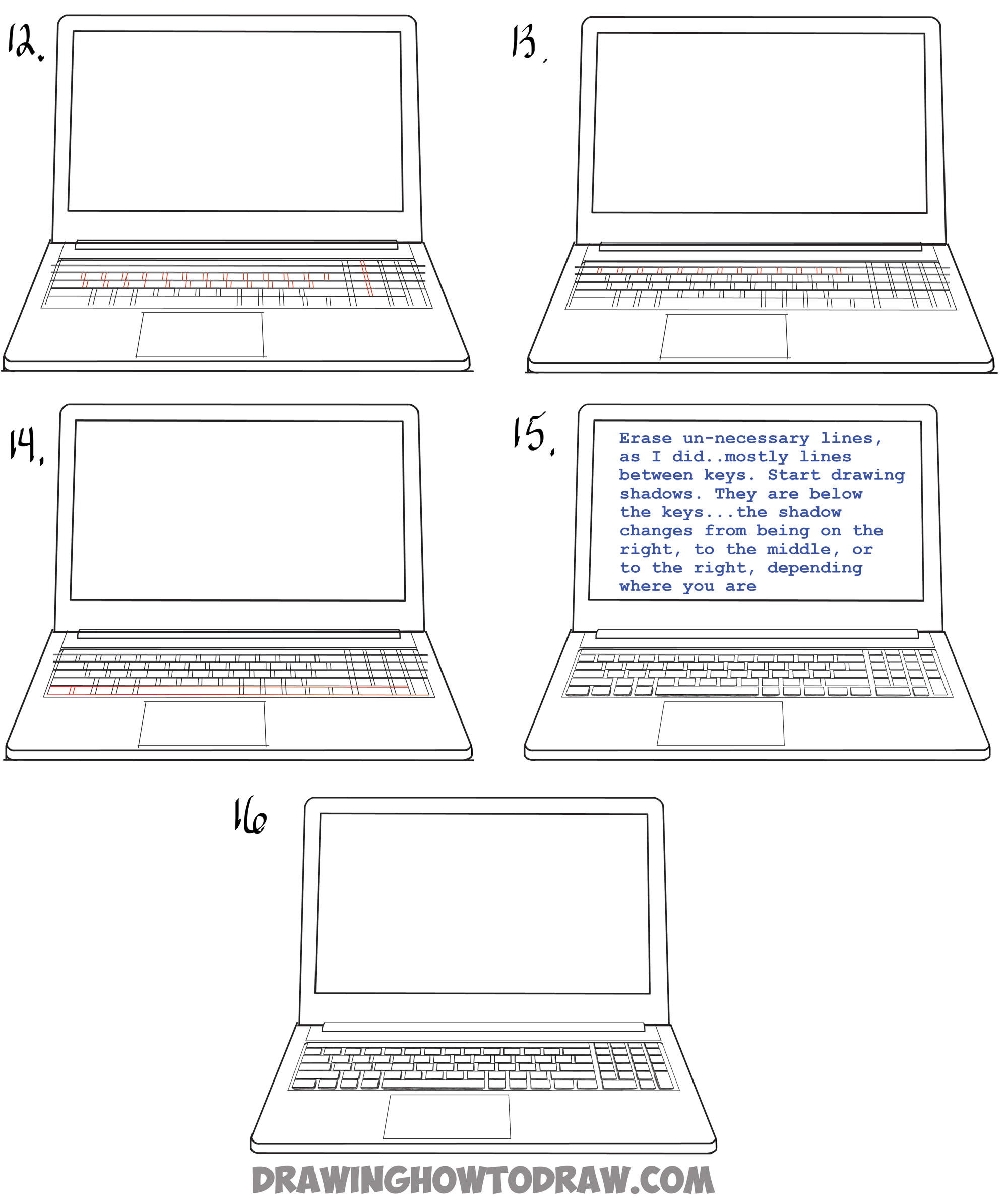 (Step 2) Draw a rectangle around the original rectangle…this will be the outer screen. Draw a dot for the vanishing point. A vanishing point is the point at which receding parallel lines viewed in perspective appear to converge. You can also say that a vanishing point is the point at which something that has been growing smaller or increasingly faint disappears altogether (for example, when you are looking down a street and all the buildings seems to converge or melt into each other, but in reality they obviously, don’t).

(Step 3) To draw the outer part of the keyboard….draw lines back towards the vanishing point….you don’t have to draw the part of the line that you don’t need, which is any part above the outer keyboard.

(Step 4) Draw curved lines on outer 2, top corners of the laptop. Draw a line in between screen and keyboard…but a little lower than previous one drawn in step 2. Also draw a line at bottom of keyboard.

(Step 6) We are using the vanishing point again to draw inner keyboard lines. Also draw a line between keyboard and lower line…as I did.

(Step 7) Draw lines for inner keyboard. Draw curved lines in center of laptop and on lower part of laptop.

(Step 10) Draw some horizontal lines for the keyboard.

(Step 16) Here is the finished laptop, check out all the keys to see where I shaded them all.

I hope that you enjoyed this tutorial…come back soon for more.