Today I am going to show you how to draw a classic Disney character that you might not know even existed. It is Elliot, the dragon from Pete’s Dragon….not the one that is out right now, but the one from the 1970s. If you went out and saw the new one, you are going to love the old one. It was one of my favorites growing up. Have fun learning how to draw this cute dragon. 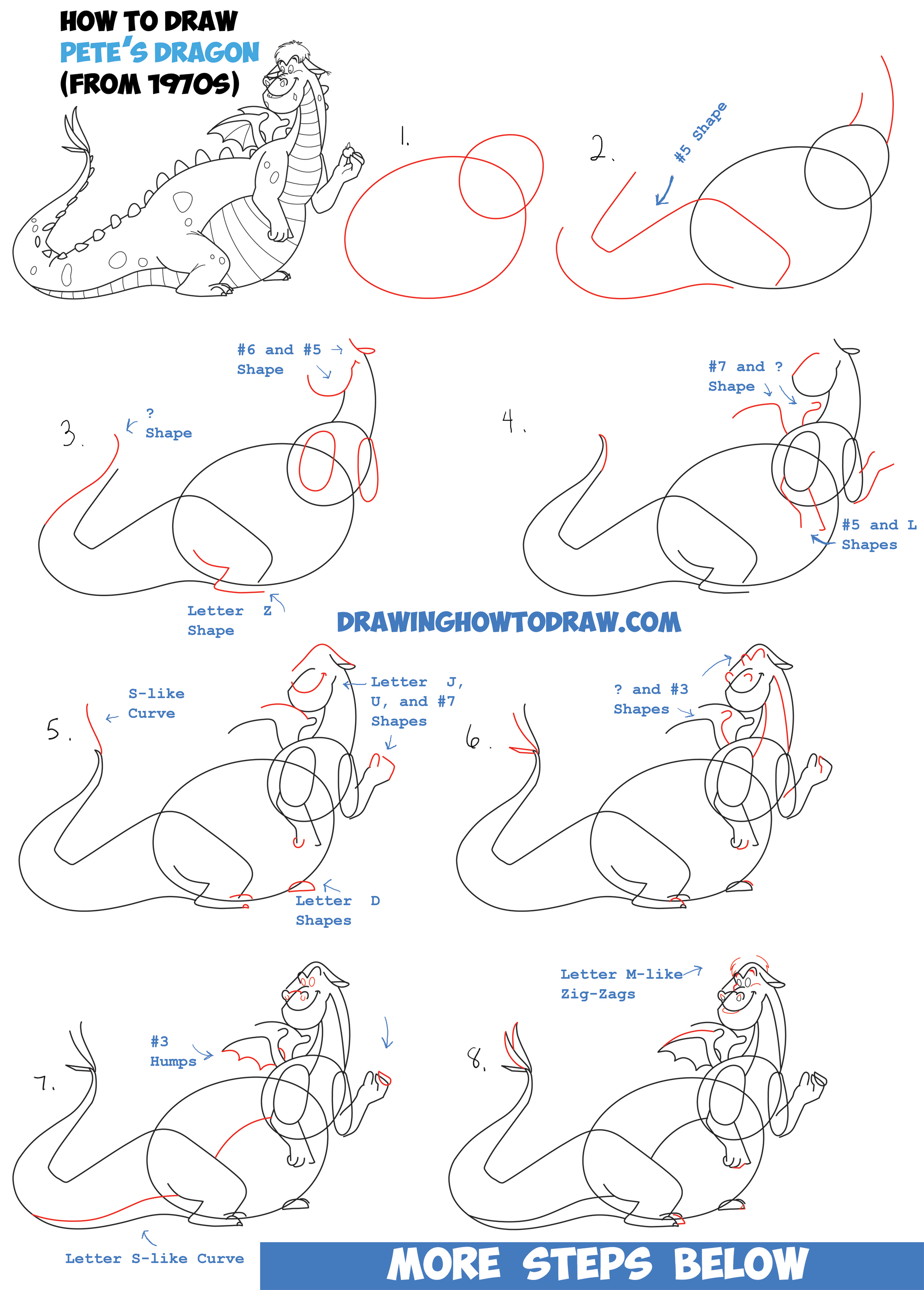 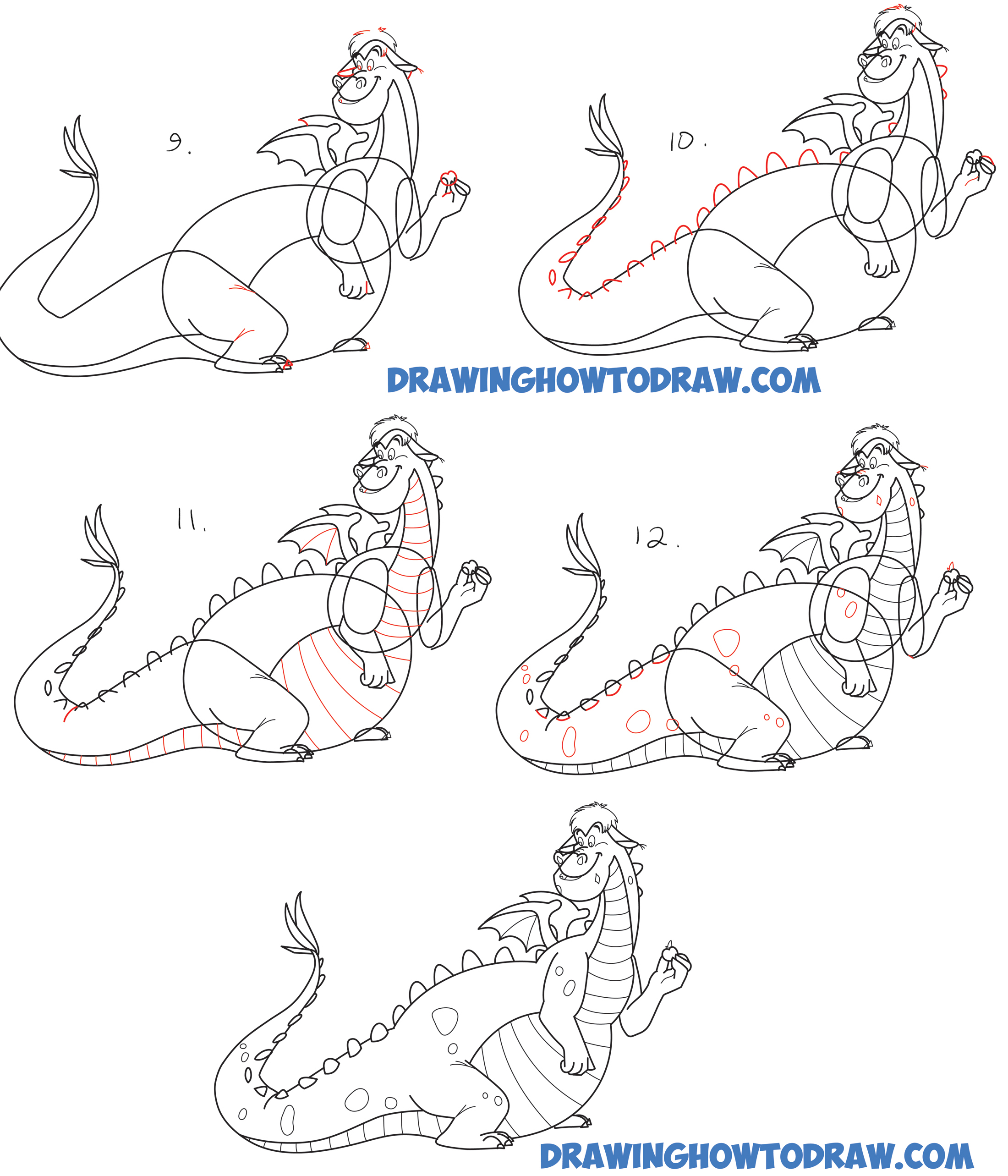 (Step 1) Start off the drawing with 2 ovals.

(Step 2) Then add to the drawing by adding 2 curved lines for the neck. Draw a sideways letter ‘s’ like shape along with a #5-like shape for the tail and thigh.

(Step 9) Draw letter ‘v’ and ‘M’ shapes for hair. Draw sideways letter ‘U’ shape on left ear. Draw a curved line on wing. Draw an apple by drawing a circle that has a #3-like curve at the top. Draw a curved line for a tooth. Draw a line on the left hand. Draw triangle nails on feet. Draw some curved lines on leg.

(Step 12) Draw curved line on bottom of some of the humps on back. Draw odd-shaped ovals on body. Draw a line at bottom of right elbow. Draw some lines on nose. Draw a ‘v’ shape on left ear and a curved line on the right one.

Elliot is now done…I hope you enjoyed this tutorial!