Today I will show you how to draw Harley Quinn from DC’s Suicide Squad. Harley Quinn is a disorganized comedian and prankster! She lives for playing over-the-top pranks so you need to keep an eye out for her because she is sneaky! I will guide you through the steps it takes to draw her…while other sites might just give you a few steps, we break it down into 17 steps to make it easier for you to learn how to draw her. Have fun! 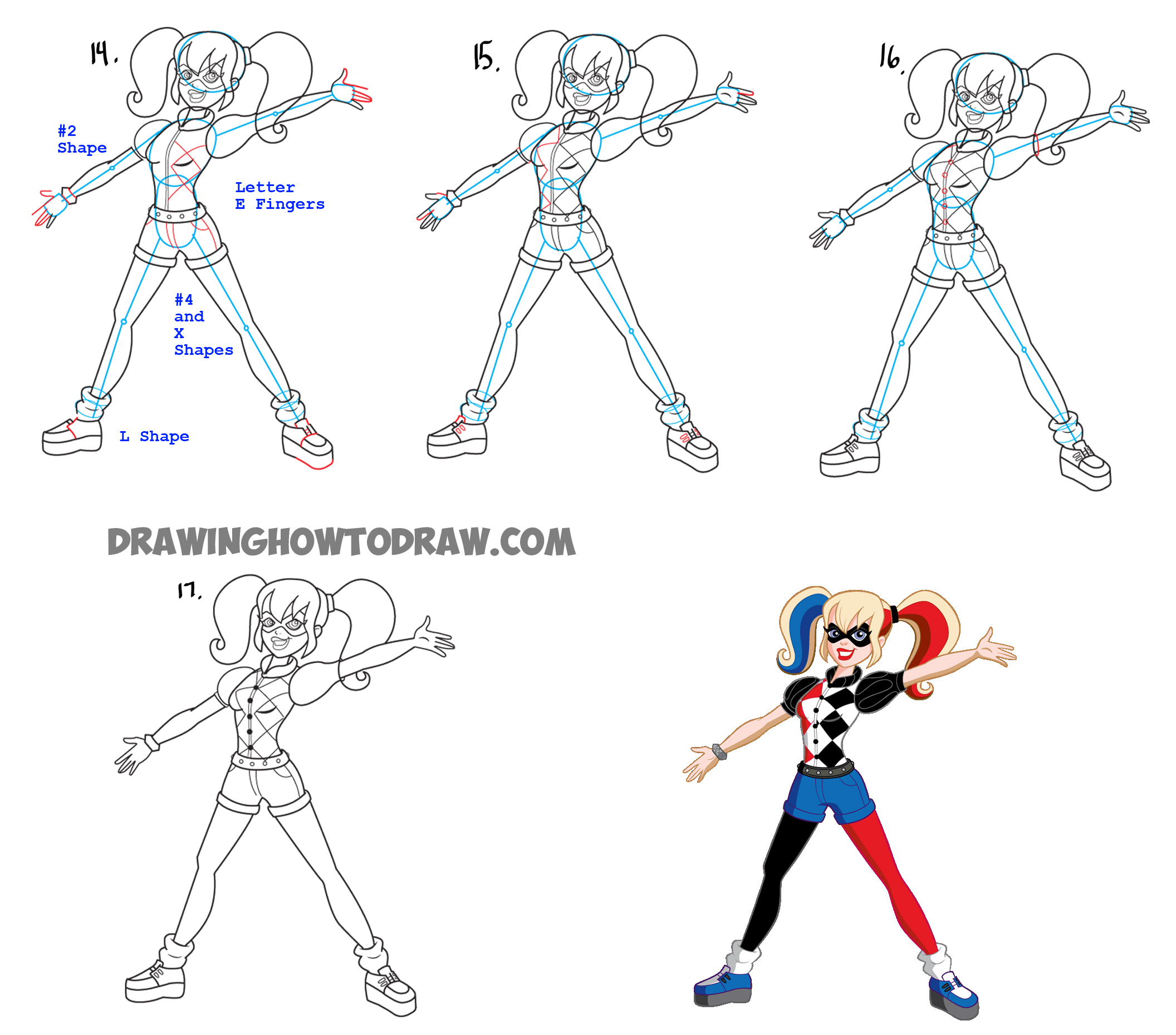 (Step 1) All blue lines in this tutorial are what we call guide-lines. Guide-lines help you get the basic shape down of the figure, but will be erased later…so draw them lightly.

(Step 3) Draw 2 lines for the neck and then draw oval-ish shapes for torso guide-lines.

(Step 4) Draw a letter ‘M’-like shape in the head for her bangs. Draw lines for arms and legs. Draw basic shapes of hands as well.

(Step 5) Draw an upside down letter ‘v’ shape for more bangs. Draw a backwards letter ‘j’ and a letter ‘c’-like shape on arm/chest.

(Step 10) Draw a circle in each eye. Draw a line on outer mask. Draw 2 lines on each arm and on each leg. Draw 4 circles on belt. Draw letter ‘J’-like shape on mouth. Draw an oval for nostril.

(Step 11) Draw a circle in each eye. Draw a rectangle-like shape for the hair band on the right pony-tail. Draw a line on the mouth. Draw letter ‘c’ shape on collar. Draw curved lines around the cuffs of the shorts. Draw lines on calves.

(Step 16) Draw circles for buttons on shirt. Draw a curved line on right sleeve. Draw a line on left shoulder.

(Step 17) Here is the line drawing of Harley Quinn…see that we erased guidelines and any other lines that we didn’t need any more.

And here she is colored in…I hope that you enjoyed this tutorial and that it helped you!