Today I’ll show you how to draw cute baby animals (Kawaii style) marching in a musical band with a duck band leader, bear drummer, and a bunny Trumpet player. This is super easy to learn how to draw and great for kids of all ages. And it turns out super cute to boot. Have fun and Happy Drawing! 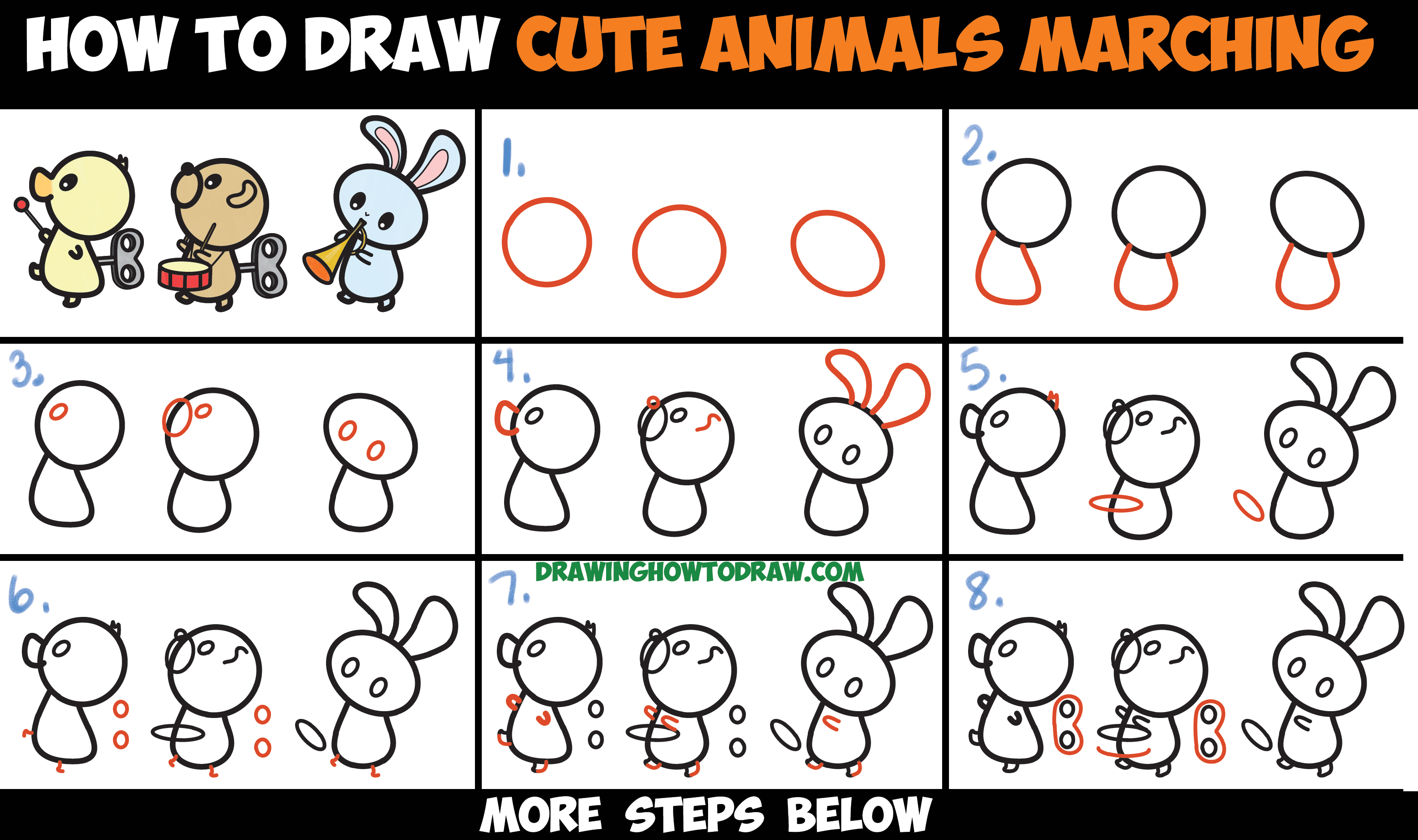 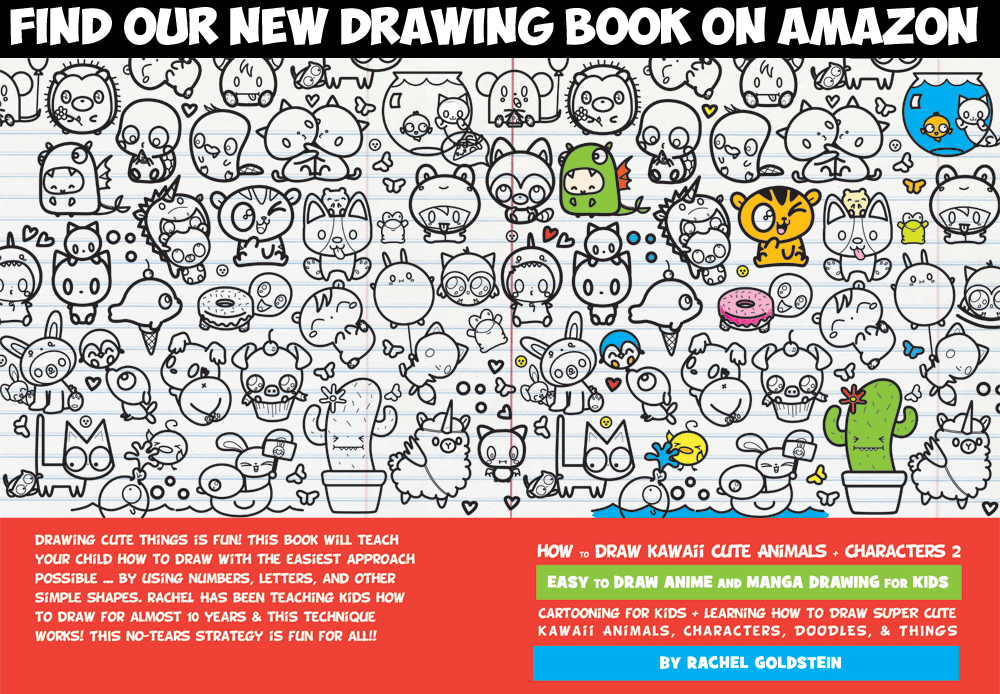 (Step 2) Draw a letter “U”-like shape for each of the animal’s bodies.

(Step 3) Draw ovals for eyes and for the bear’s snout.

(Step 4) Draw a letter “C” shape for the duck’s beak, an oval for the bear’s nose and a backwards “?” shape for his ear. Draw letter “U”-like shapes for the bunny’s ears.

(Step 5) Draw a letter “M” on the top of the duck’s head. Give the bear and bunny and oval for their instruments.

(Step 6) Draw upside down “?” shapes for each of the animal’s feet. Draw 2 circles behind the first 2 characters.

(Step 8) Draw a letter “B” shape over the 2 circles behind the 1st two characters, for their wind-up keys. Draw a curved line below the bear’s oval for his drum.

(Step 10) Draw curved lines in each of the wind up keys. Draw lines on the drum. Draw a line on the end of the trumpet.

(Step 11) Draw a circle on the duck’s wand. Draw two letter “C” shapes on the trumpet. Draw letter “U” shapes in each of the bunny’s ears.

(Step 12) Draw 2 lines on each of the wind up keys. Draw Draw straps on the drum and 2 lines for one of the drum sticks in the bear’s hand.

(Step 14) Color in the characters if you have the time. 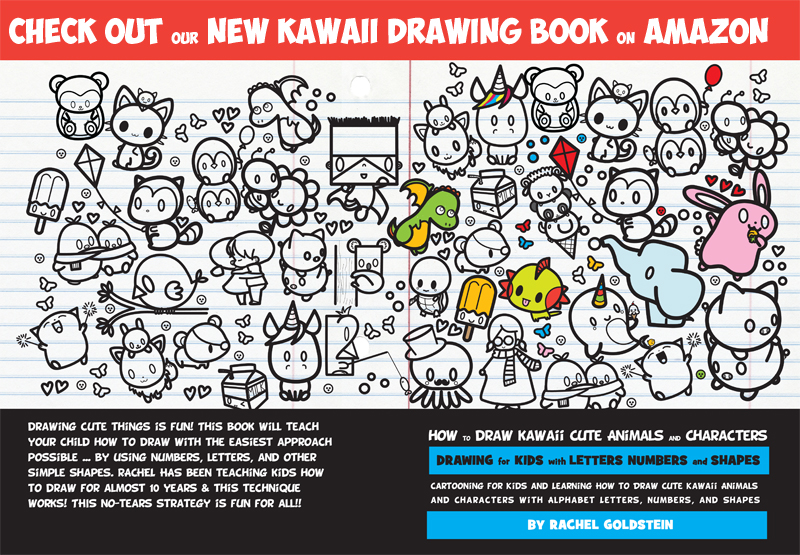