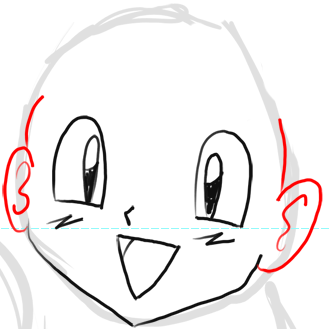 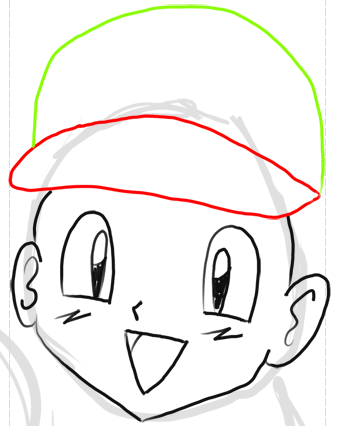 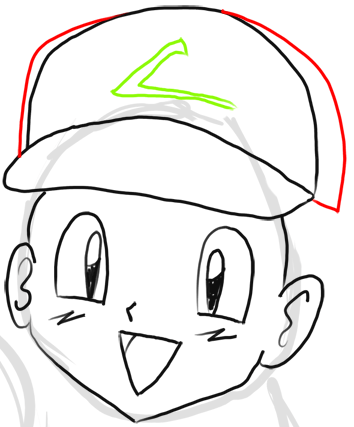 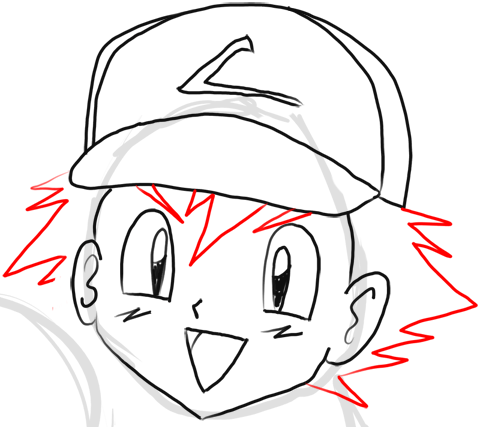 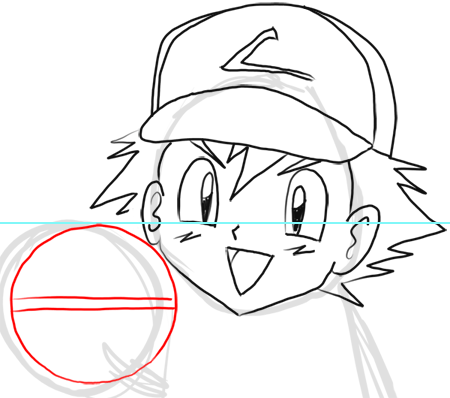 I drew a blue line across Ash’s face to show you that the ball starts at about the same point as the bottom of Ash’s left eye. Draw the ball a bit smaller than Ash’s face. 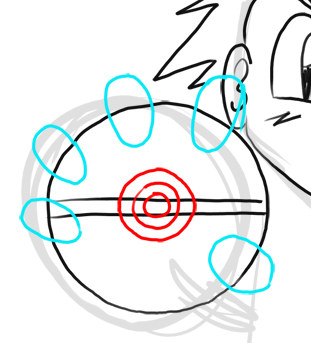 Now draw 3 circles in the middle of the ball. Also draw Ash’s five fingers…each of them an oval. Remember that each finger has a different size. 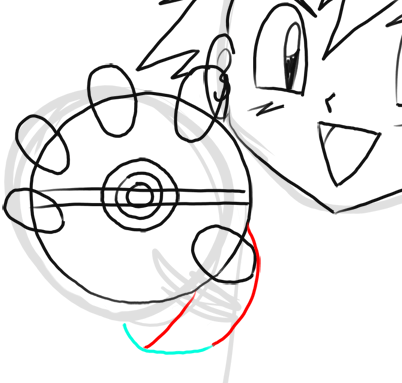