Now draw the first finger…a number ‘3’ and a backwards number ‘3’.

Now draw the more fingers…draw 2 letter ‘J’s on the left (without the top line) and do the same on the right, except backwards. 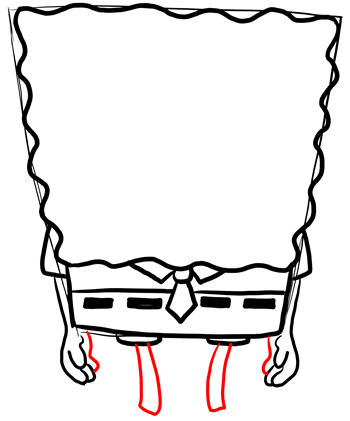 Now draw the last finger ..On the left draw a letter ‘s’ and on the right draw and upside down question mark (without the dot). Also draw the legs…2 long rectangle like shapes that are a bit curved. 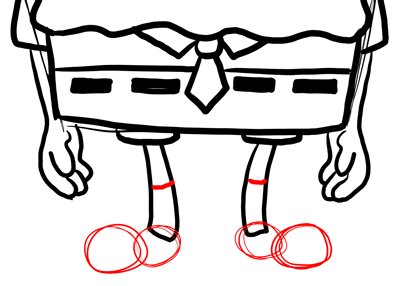 Draw a line in each leg for the top of the sock. Also draw a number ‘8’ like shape for each shoe.

Now draw a tiny rectangle at the bottom of each shoe for the sole. 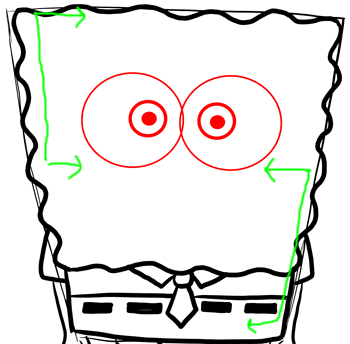 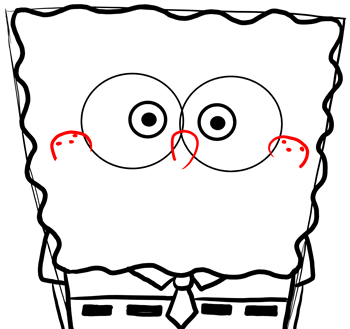