How to Draw Beedril from Pokemon : Step by Step Drawing Tutorial 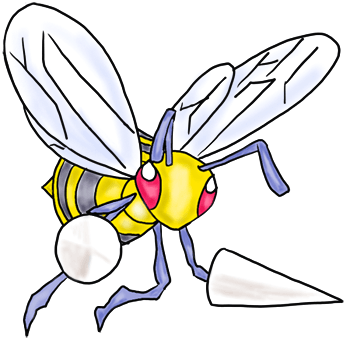 The above picture of a cartoon Beedril is what we will be drawing step by step today. Find this drawing tutorial below. Get out a piece of paper, a pencil, and a black marker. Good luck. 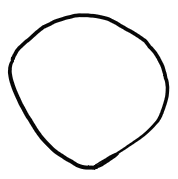 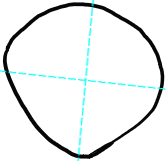 Now lightly split the head in to equal-ish quarters (Like seen above). 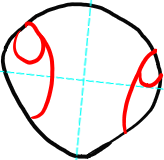 Now draw Beedril’s eyes. The eye on the left is a number ‘9’ (or as my youngest son pointed out, it looks like a lowercase letter ‘g’) and the eye on the right is a backwards number ‘9’. 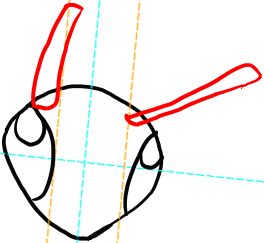 I drew orange vertical lines along each eye to show you where to place Beedril’s antennas above. It looks like a bubble number ’11’ on his head. 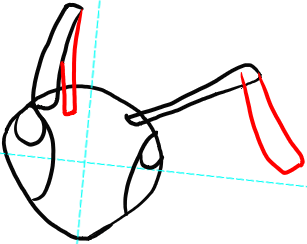 Now draw the rest of the antennas. 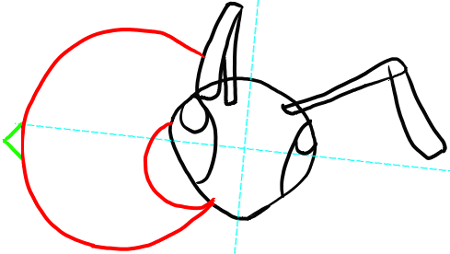 Now draw Beedril’s body – which looks like a big circle with a letter ‘c’ near the neck. Also draw a sideways letter ‘v’ on Beedril’s behind.