There are many different methods, techniques, and strategies to drawing the comic cartoon head and face. We are going to cover the oval method of cartooning faces today. This is one of the more popular methods of drawing a cartoon face. The below example is for drawing the comic face from the front. You might also like a previous cartooning tutorial … How to Draw Comic Faces in Boxed Grids Method … How to Draw Cartoon Heads with Proportions Grid … Drawing Cartoon Heads from All Angles … How to Draw Different Shaped Heads … Here are More Cartooning Tutorials 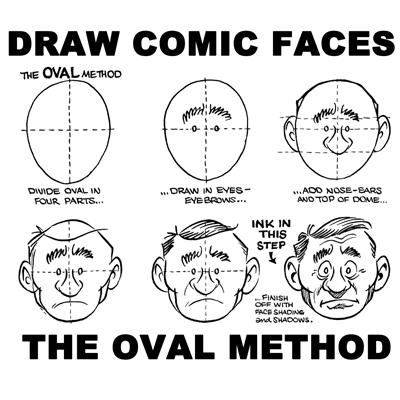 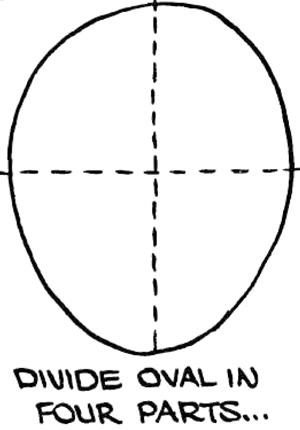 First, draw an oval and then divide it into 4 parts as you see above. This will help you figure out where to place the character’s facial features. 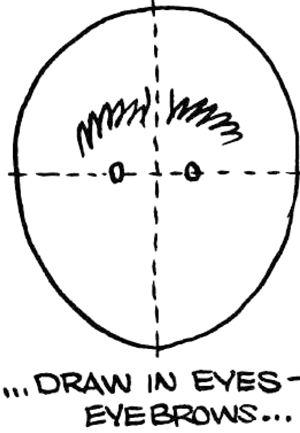 Now you can draw the eyes and eyebrows in by drawing an oval on the horizontal line (line going left and right) on either side of the vertical line (up and down line). You can draw the eye brows with a squiggly line drawing motion. 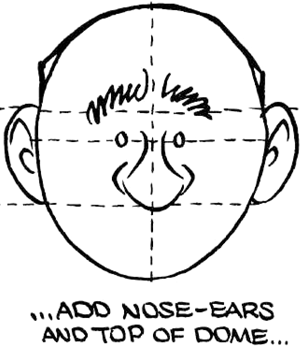 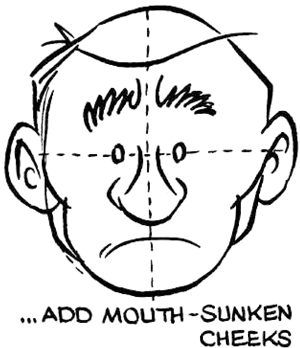 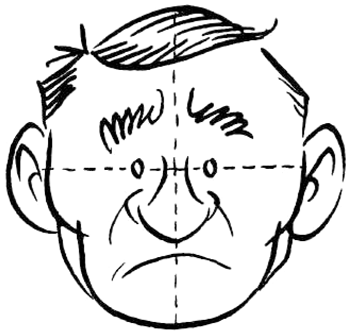 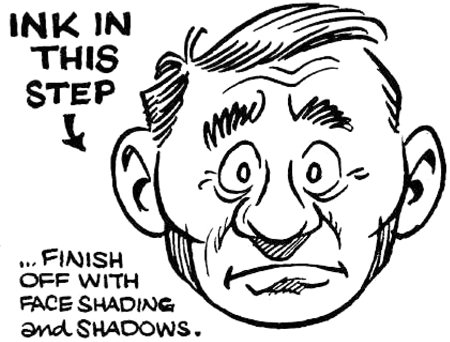 Now you can ink in the face and finish off with shading and shadows like the picture above.

Below are a few suggestions for eyes, noses, hair, and chins. Try your hand at drawing a few heads / faces using this box / grid method by adding from the different facial features shown below. 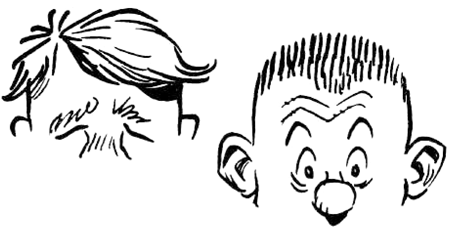 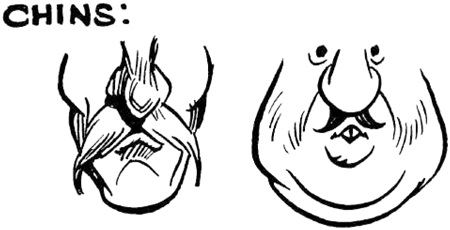 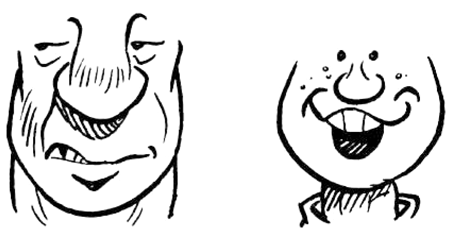