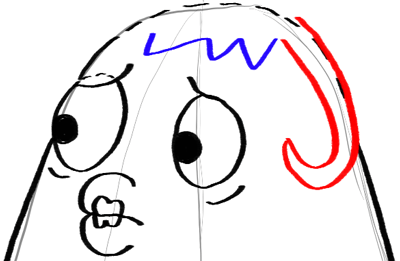 Now start drawing Mrs. Puff’s hair. Draw a bubble letter ‘J’ shape at the right side of Mrs. Puff’s head for the curl that hangs from her had. For bangs draw zig-zaggy lines or it might look like a letter ‘v’ followed by a letter ‘w’ to you. 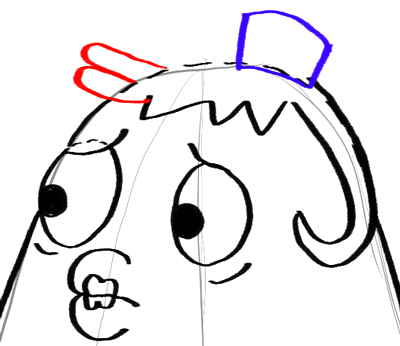 Now for the left side of Mrs. Puff’s hair, draw a backwards number ‘3’. For her had, draw 2 downwards curved lines…then connect them with outwards turned lines (see the blue shape above). 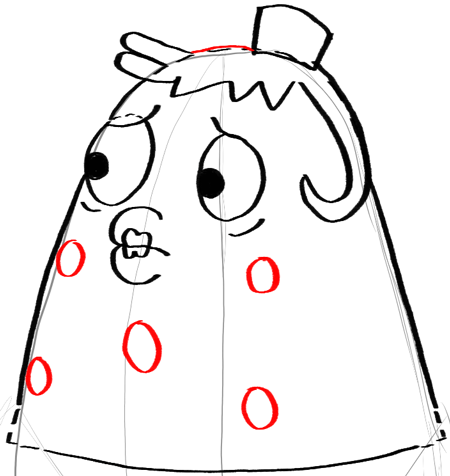 Now draw a bunch of circles on Mrs. Puff’s body. Notice the pattern though….it sort of looks like a side of a dice for the number ‘5’ side. The circle in the middle is bigger and the 4 outside circles are in line with each other. 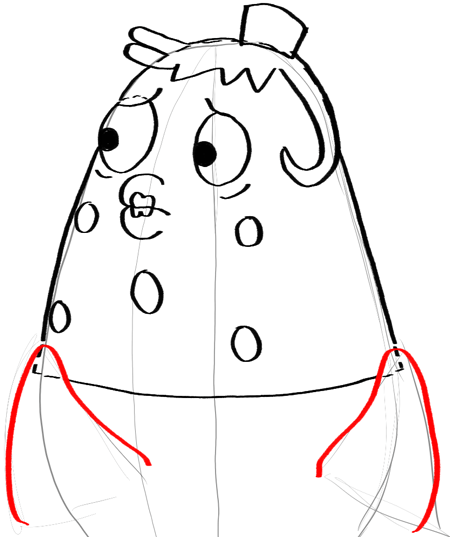 Now redraw the triangle shaped fins that you drew in step #1 and redraw them as more curvy, as seen above. 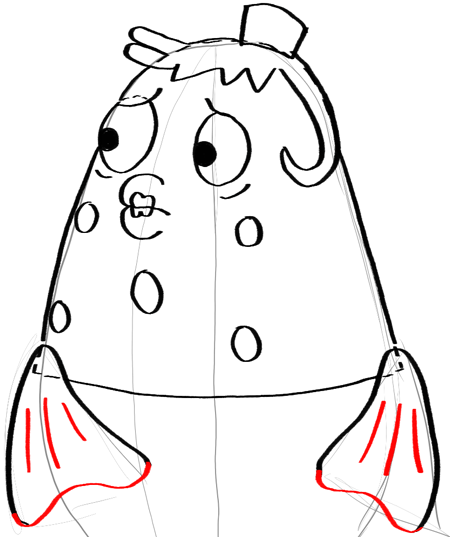 Now finish up the fins with 3 lines in each fin and the bottom of the fin should be curvy like a curvy letter ‘w’. 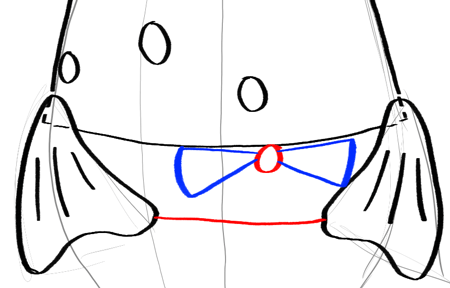 Now draw a bow tie. Draw a circle with 2 triangle shapes on either side of the circle. Below the fins, draw a line for the skirt. 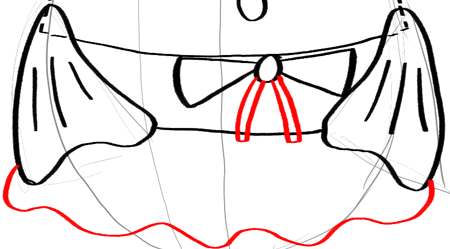 Now draw the strings to Mrs. Puff’s bow tie. For Mrs. Puff’s skirt by drawing curvy lines from one fin to the other.