A well-drawn shadow can convey the idea of distance and describe the contour of the ground on which it falls. The examples below in D, E, and F show different examples of this. In Examples 4, 5, and 6 the same rule is applied to other comic figures. 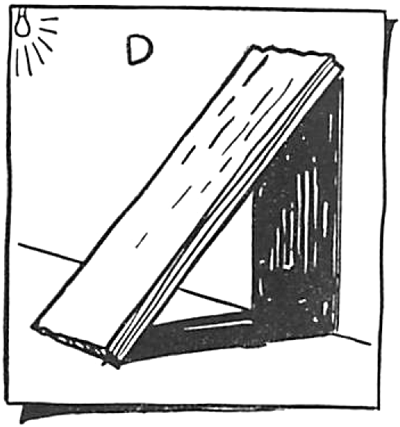 Notice how a plank of wood that is laying against the wall shows a shadow that looks like a 90 degree angle (or like a letter ‘L’). 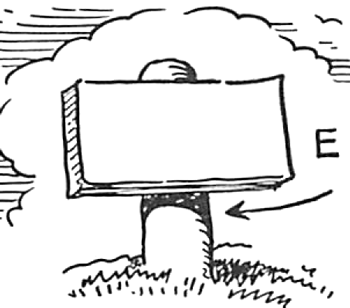 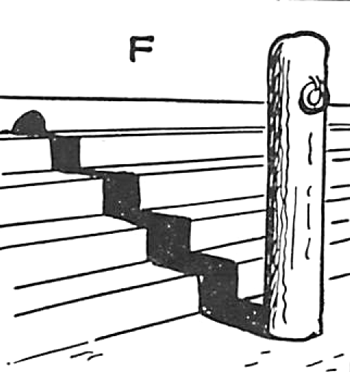 F. A shadow that is being cast on stairs, shows a shadow like the one above. 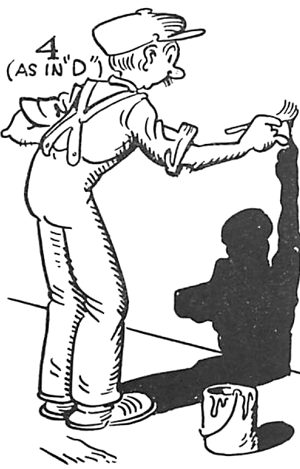 4. Just like in example ‘D’, the man painting the wall, shows a shadow that looks like a 90 degree angle. 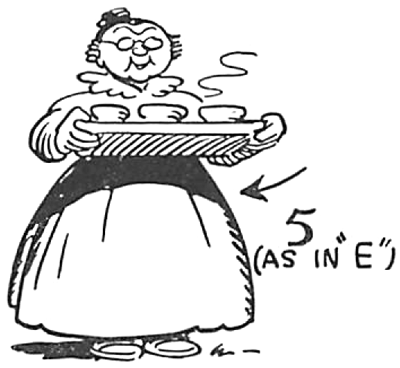 5. Just like the example #E, this woman is holding a tray and the shadow is being cast on the rounded skirt…so the shadow is rounded. 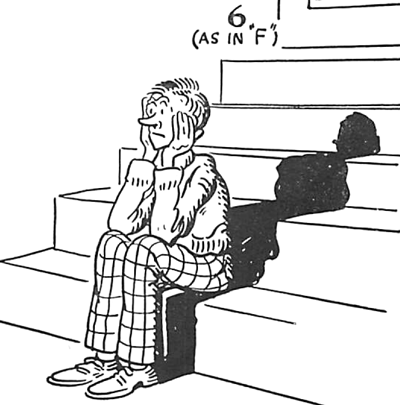 6. Just like in example ‘F’, this man sitting on the stairs casts a shadow like the one above. 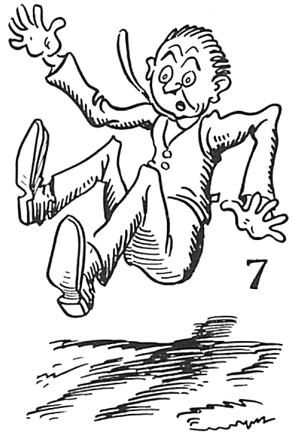 Note how the man in mid-air (example #7) casts a shadow that makes him appear as if he were completely of the ground.

It is a worth-while daily practice to observe and to make memorandum sketches of objects, people, and their shadows. If you carry a notebook in your pocket and make quick sketches of interesting shadows of objects and persons as they occur, you will son show decided improvement in applying them.