We will show you today how to Danny Phantom in this easy to follow step by step tutorial. Danny Phantom is a cartoon show on Nickelodeon that is about a 14-year-old boy called Danny Fenton. He had an accident in his parents ghost lab and is now half ghost and half boy. If you like this cartoon, you will want to learn how to draw the main character, Danny, and we will guide you thru this process, hopefully easily. Have fun. 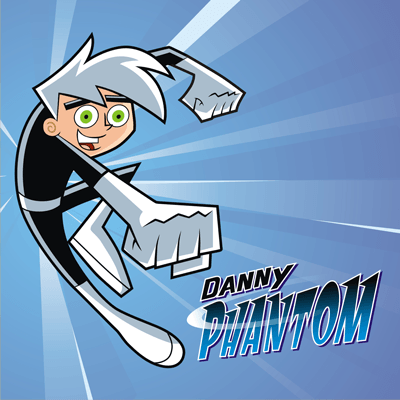 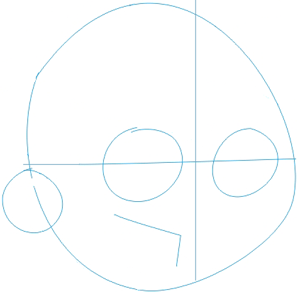 Start off by drawing the basic shapes that you find in Danny’s face…an oval for his face….draw cross-hairs in this oval to help place the facial features. Then draw an oval for each eye. And draw a sideways letter ‘L’ for the mouth. Draw a circle for the ear. Make sure to look at guidelines to find where to draw these items. 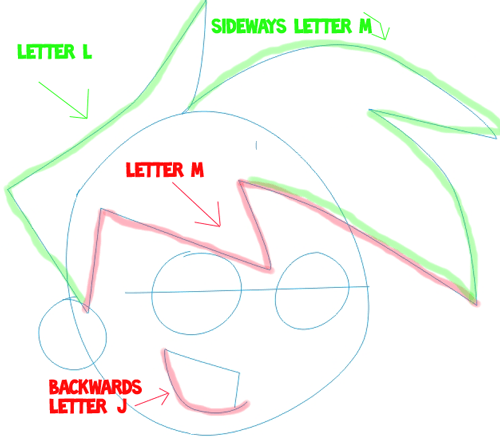 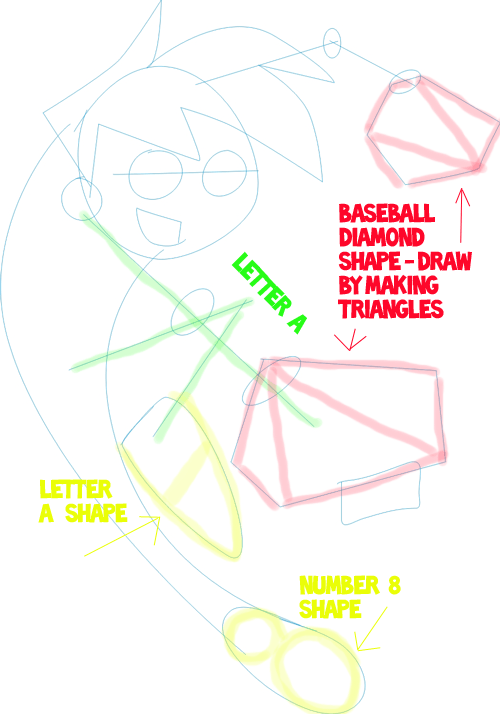 Now draw more of the basic shapes that make up Danny’s body…such as a letter ‘A’ for the right side of his body. Look at all of the shapes that I point out in the picture above. 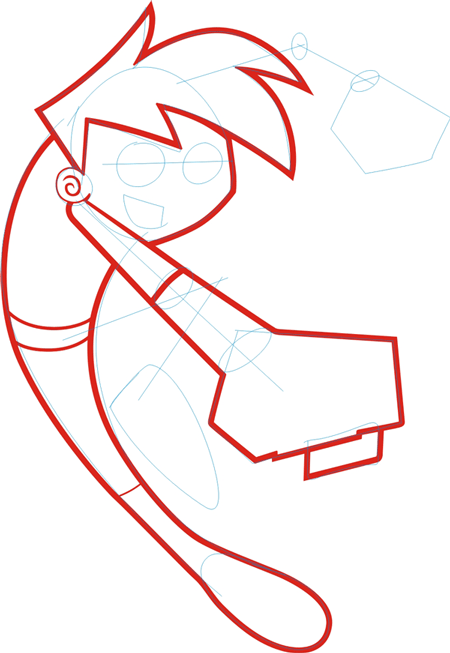 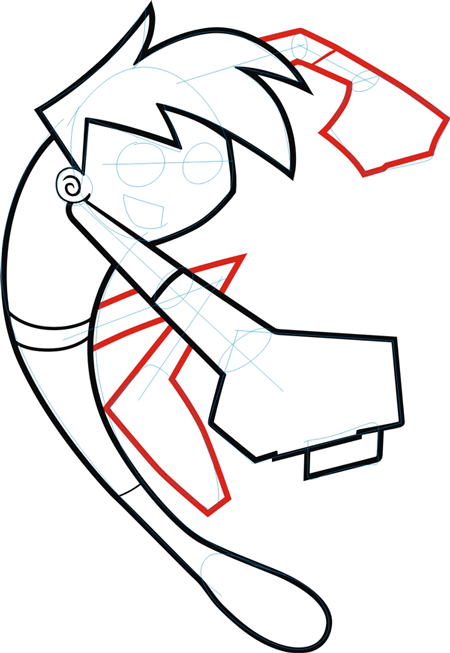 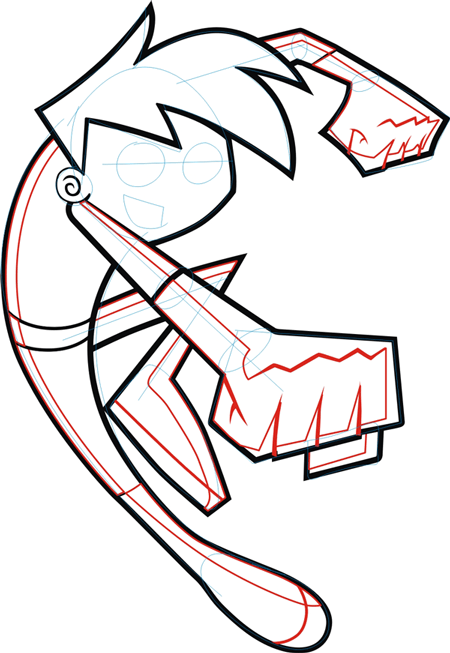 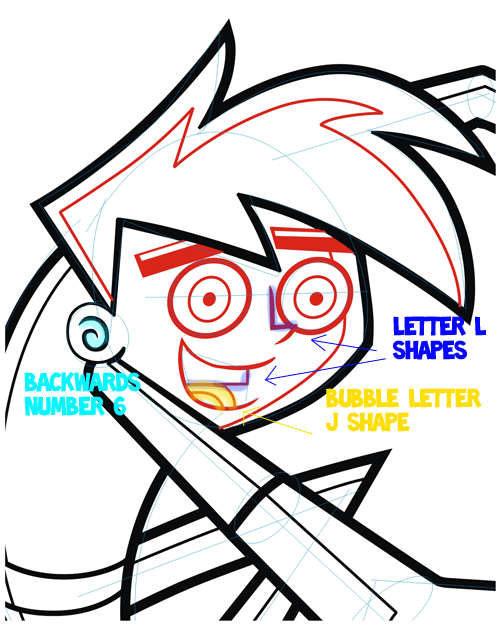 Draw face details…such as 3 circles for each eye. Draw a capital letter ‘L’ for the nose…and then a curved line down from that ‘L’ to finish off the nose. Draw a sideways, bubble-letter ‘J’ shape for the tongue. Draw rectangle eyebrows as well. 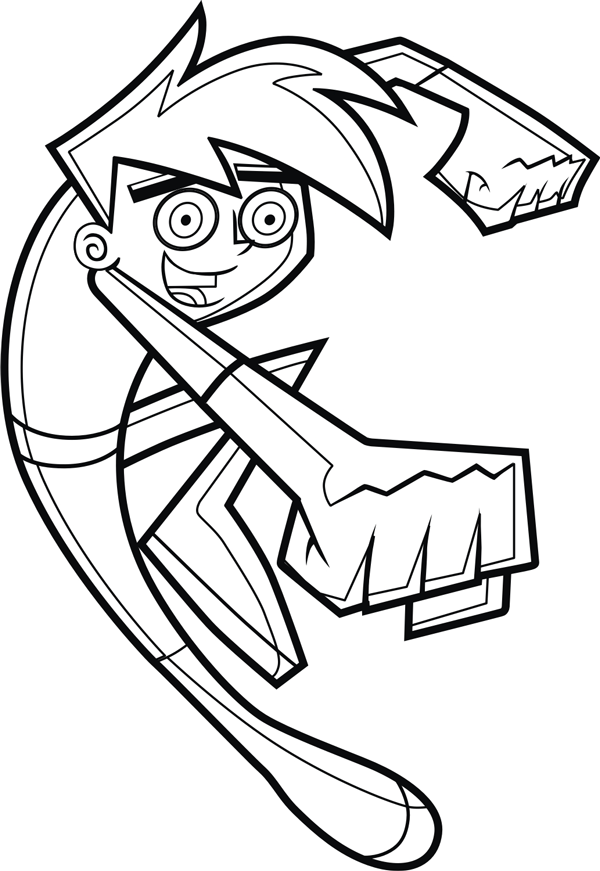 And there it is Danny Phantom character ready. 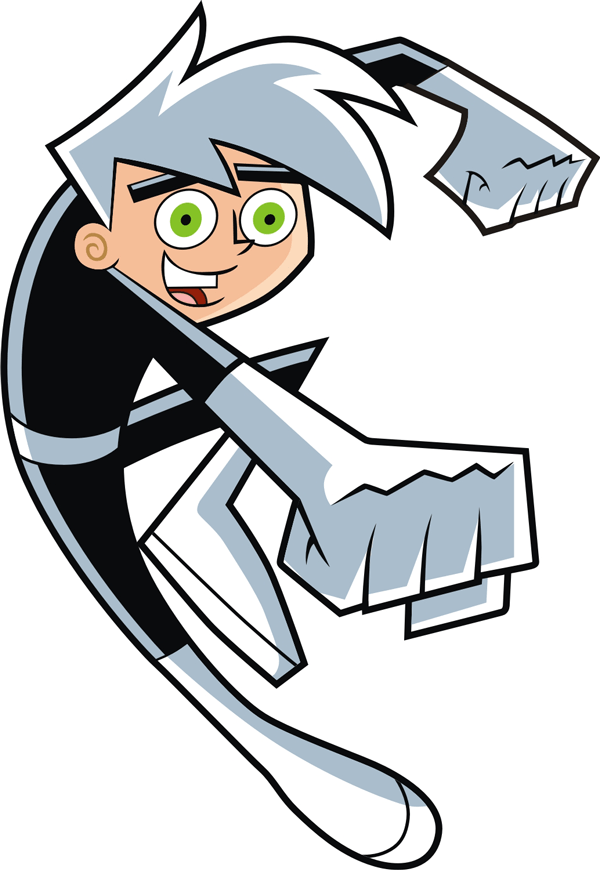 Now colorize your Danny Phantom drawing if you want to. I hope that this tutorial helped you that you had a lot of fun 🙂