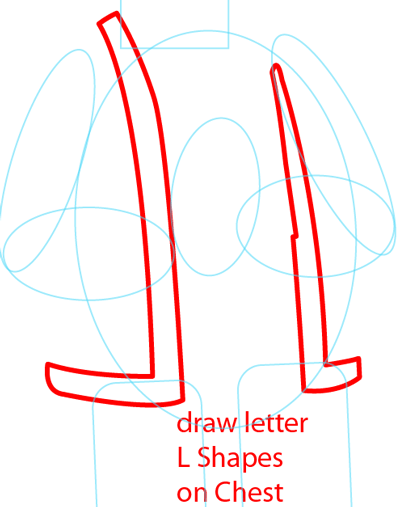 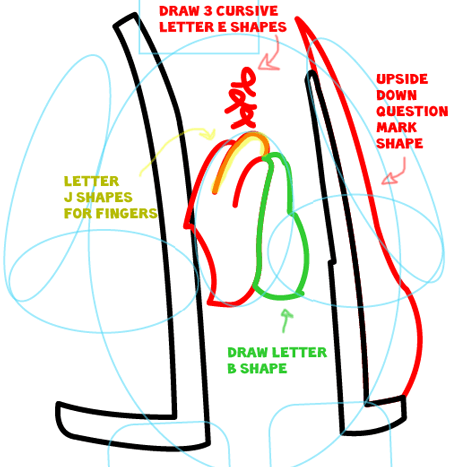 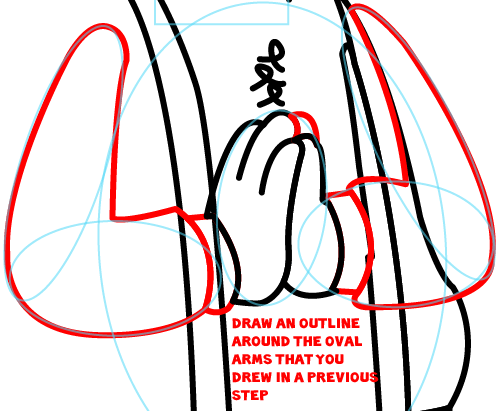 Draw an outline around the oval arms that you draw in a previous step. 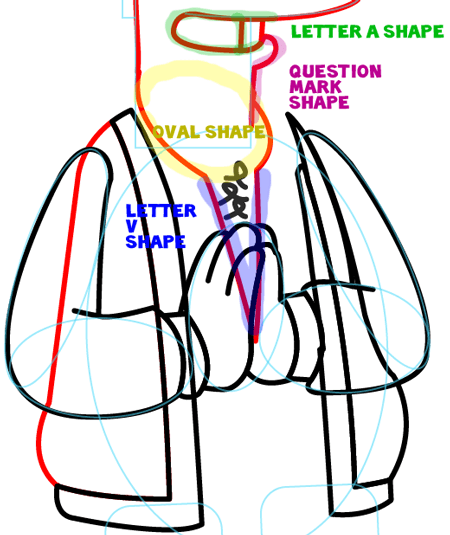 Draw the outer left side of his jacket.  Draw an oval shape for his collar and a letter ‘V’ shape for his chest. Draw a question mark shape and letter ‘A’ shape for the details of his chin and mouth. 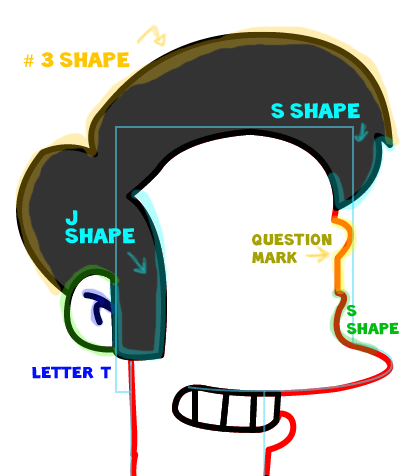 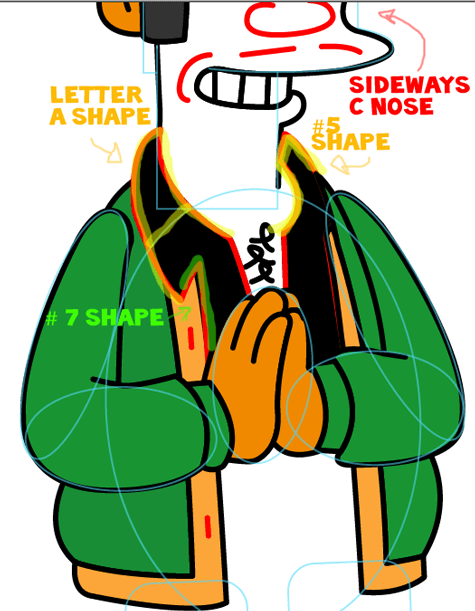 Draw a number ‘7’ shape and number ‘5’ shape for the collar. Draw a sideways ‘C’ nose and then draw some details on the face as seen in the illustration above. 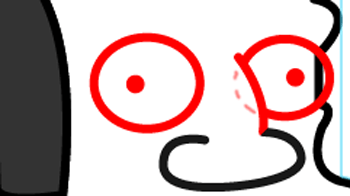 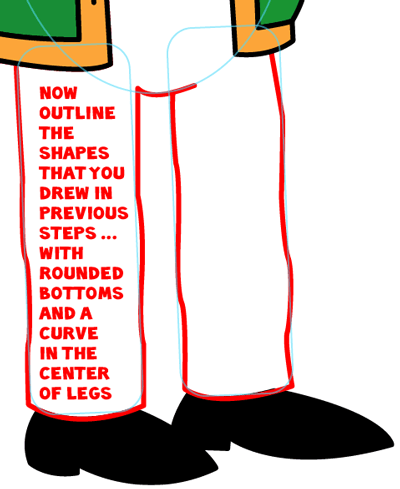 Now outline the shapes that you drew in previous steps with rounded bottoms and a curve in the center of the legs.