Today we will show you how to draw Odie from The Garfield Show. Learn how to draw this character with the following simple step to step tutorial. 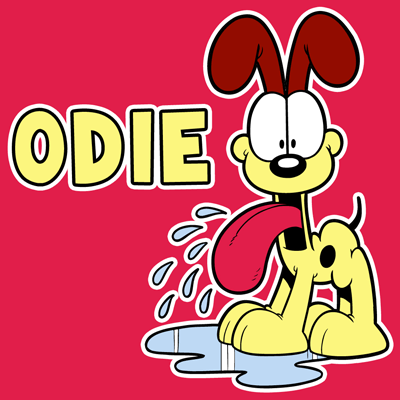 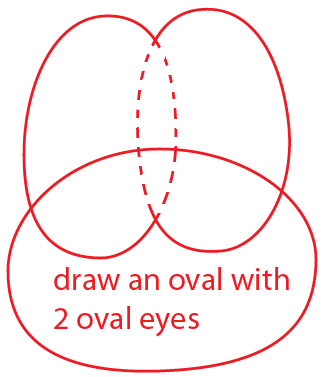 Draw an oval with two ovals for the eyes. 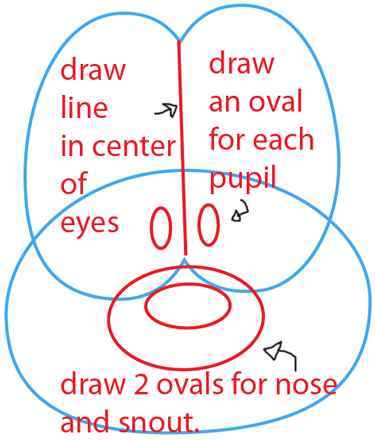 Draw a line in the center of the eyes and draw an oval for each pupil. Draw two ovals for the nose and snout. 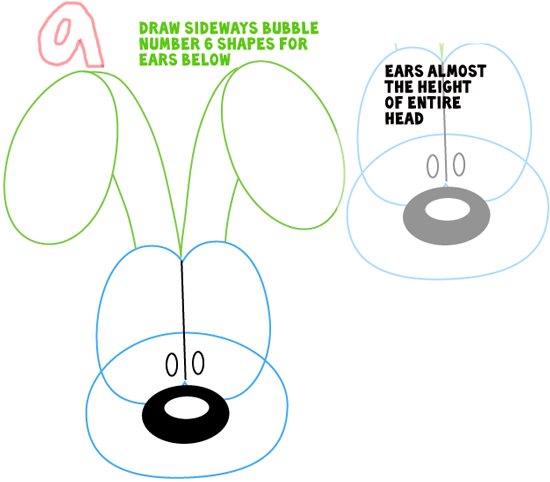 Draw  sideways bubble number ‘6’ shapes for the ears. The ears are almost the height of the entire head, 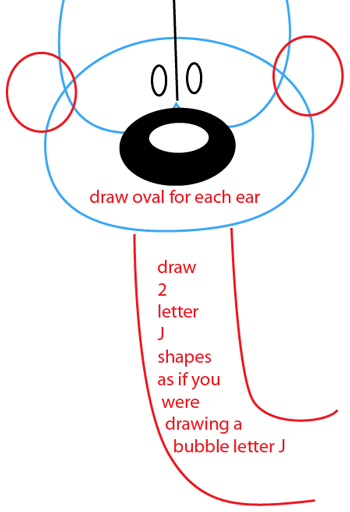 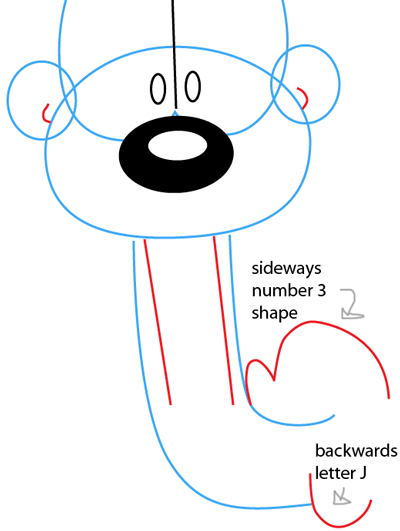 Draw a curve in each oval. Draw a sideways number ‘3’ shape, two lines for his mouth opening and a backwards letter ‘J’ shape for his body. 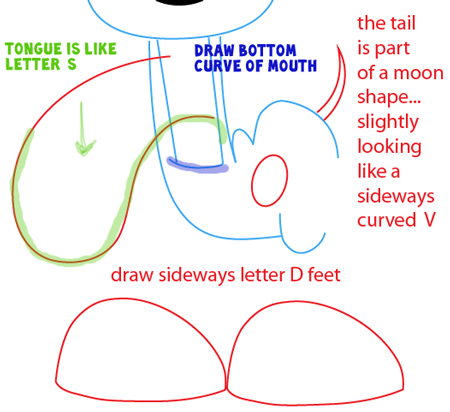 Now draw his tongue, its like a letter ‘S’ shape. Draw the bottom curve of the mouth and  two sideways letter ‘D’ shapes for the feet. Draw an oval for his spot. Next is to draw his tail, it looks like a part of a moon shape that slightly looks like a sideways curved ‘V’ shape. 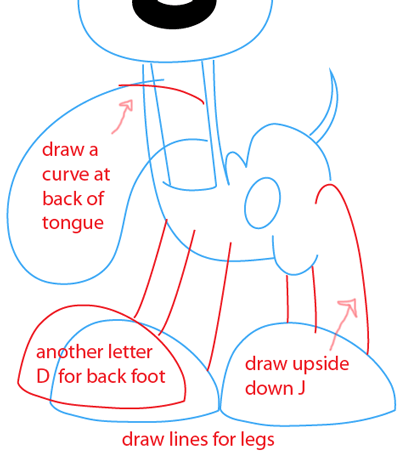 Draw a curve at the back of his tongue. Draw another letter ‘D’ shape for his left back foot and draw lines for his legs. Make the last line on the right an upside down letter ‘J’ shape. 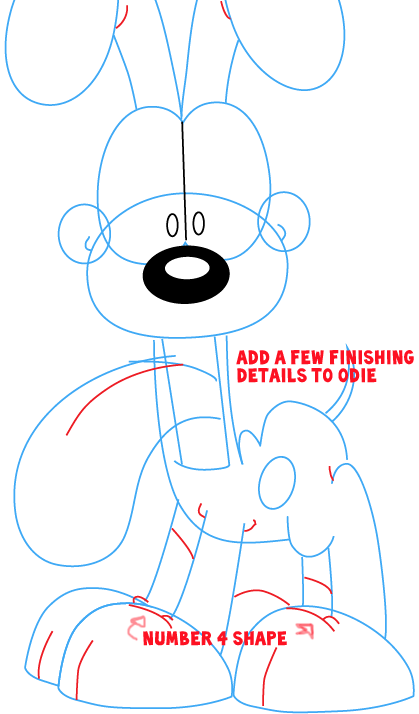 Add a few finished details to Odie as seen above in the illustration. 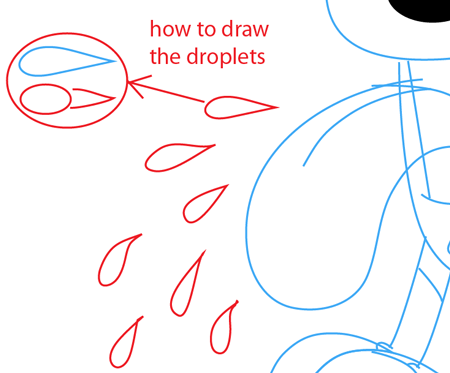 Draw the water droplets from his mouth. 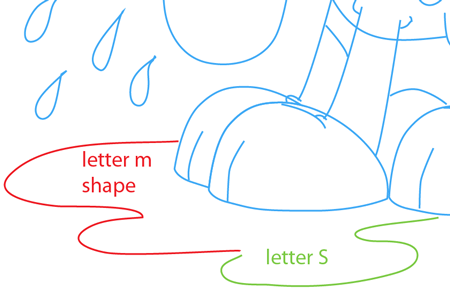 Draw a letter ‘M’ shape and letter ‘S’ shape to complete the puddle of water on the ground. 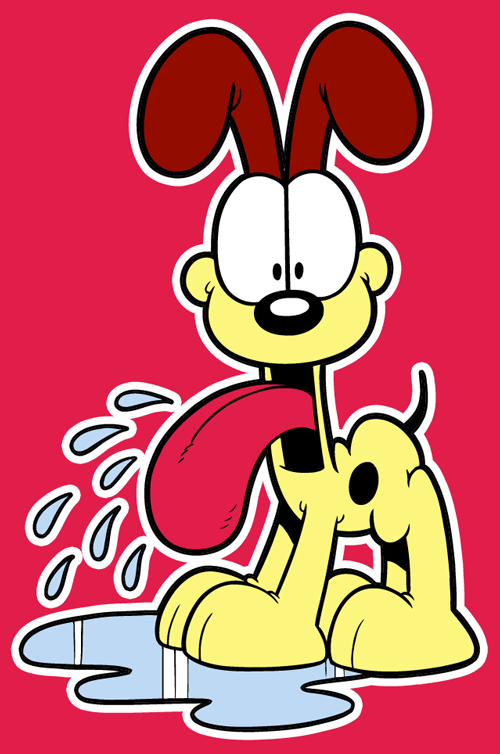