Today we will show you how to draw Owen, the overweight Party Guy from both Total Drama Island, Total Drama Action, and Total Drama World Tour. Owen was the first ever season winner of the Total Drama cartoon series. In the following tutorial, we will guide you step by step to drawing Owen. We do this by breaking up the shapes of the character into easier shapes. Have fun.

How to draw Owen from Total Drama Island, Action, and World Tour Series with Easy Step by Step Drawing Tutorial 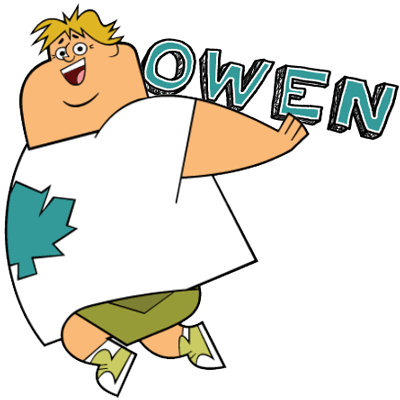 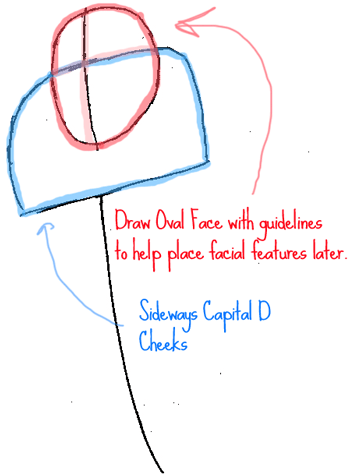 First draw a large lopsided ‘D’ with its flat edge facing down. Add another line downwards and place an oval on the top of the D. 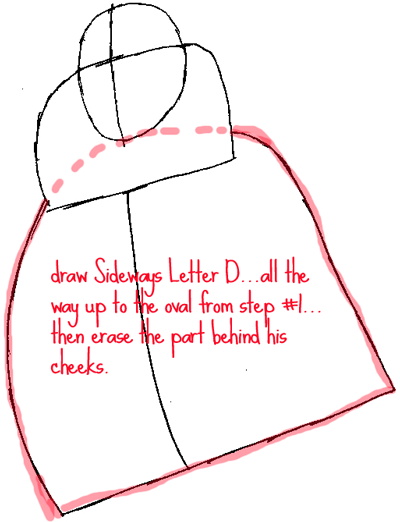 Add another, bigger lopsided ‘D’ on top of the first one, using the line as a guide where to end. 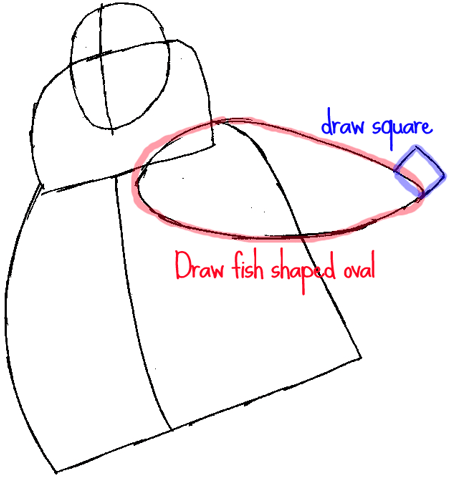 Add a large tear or fish shaped oval near the base of the first ‘D’ and end it with a square. 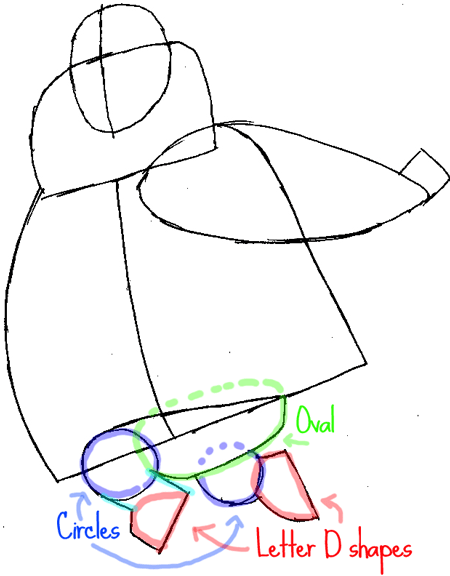 Add Owen’s legs. They’re really small and short, about half the size of his body. Draw a large circle for his knees and then immediately continue to his feet….which are the shape of a capital letter ‘D’. The thigh is an oval shape. 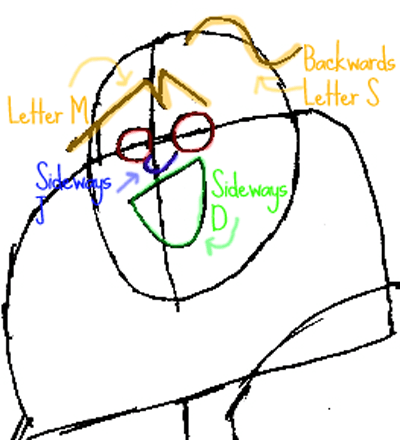 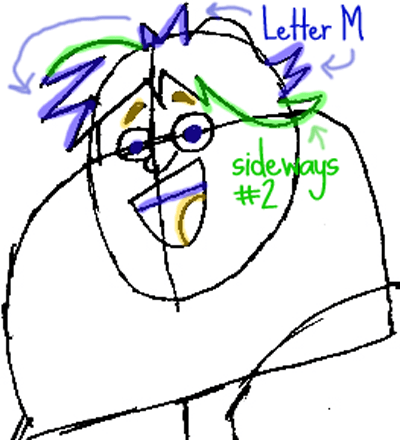 Now we can finish up the details of Owen’s face. Draw a line for his teeth, a curved line for his tongue…and 2 downwards slanted lines for eyebrows (thick). Draw a circle for each pupil. Finish up his hair…if you want it perfect…draw them with the letter ‘M’ and letter ‘2’ like I show you in the picture. I know this is a strange way to be taught to draw…but it seems to help kids.

Add the details to Owen’s shirt a Maple leaf, or whatever you want. Notice that you can draw the maple leaf with a letter ‘Z’ and letter ‘L’ combination. Try it…its easy to do. Then add the sleeves to the tear shape to and slants on the tip for the fingers. 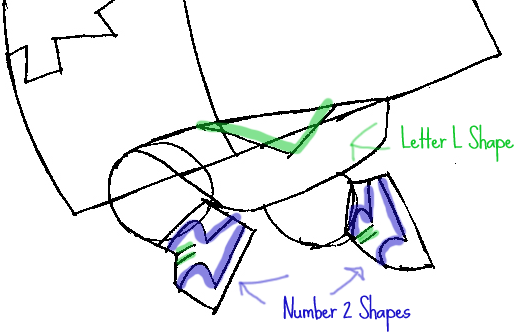 Draw Owen’s pants and feet. Owen likes to wear sneakers and shorts. Notice the pattern in his shoes look like a combination of number ‘2’ shapes. Draw a capital letter ‘L’ on his pants. 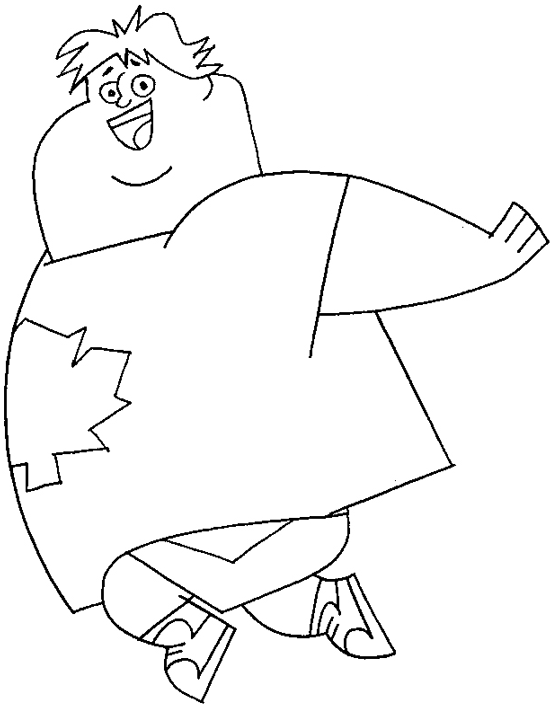 Erase the oval, any guide outlines and add a curve below Owen’s chin to and there’s Owen leaping in action. 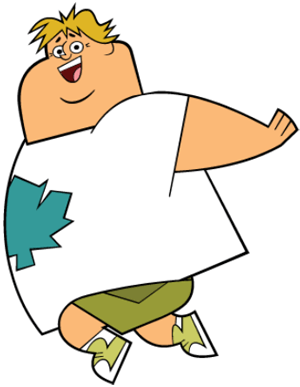 Today we will show you how to draw Owen. Learn how to draw this character with the following simple step to step tutorial.