Today the lesson will be about drawing circles in perspective. When you are freehand drawing, you just look at the object and draw the items as you see them. However, if you want to make the drawing perfect, you will need to know some perspective drawing techniques. We have tutorials on drawing in one point and two point perspective, but now we are going to give you a tutorial drawing circles in the correct perspective.

How to Draw in Circular Perspective 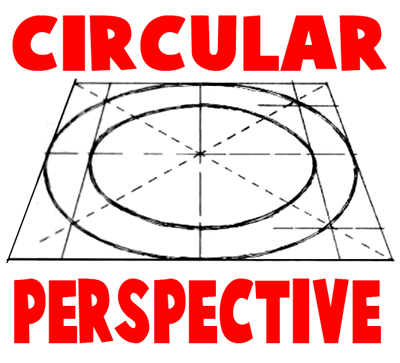 A circle when drawn in perspective becomes an ellipse. 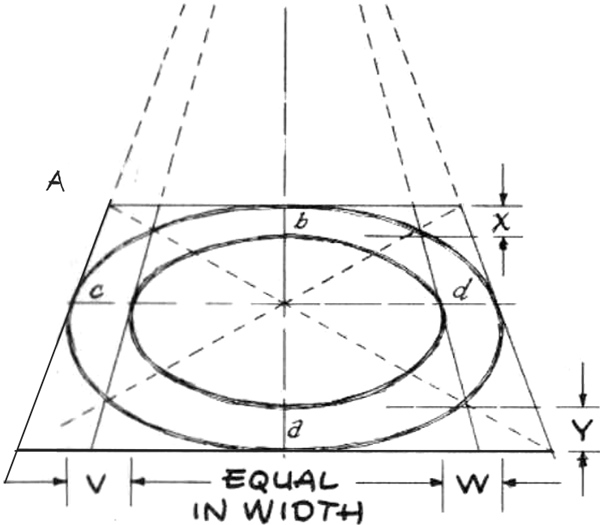 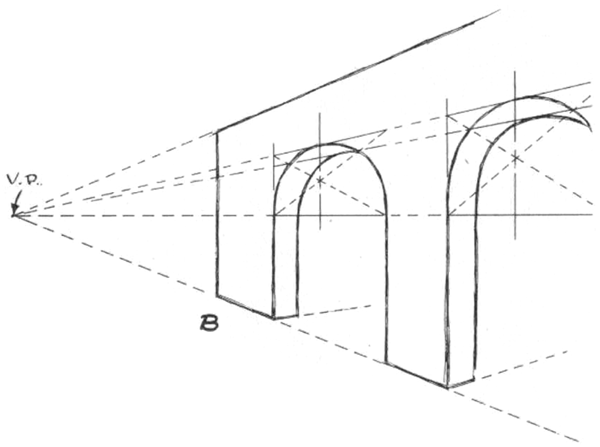 Diagrams B and D are very similar in their method of execution. In the drawing of the arches we see how arcs of the same size may be reduced in relative proportions as they recede in distance. The drawing of arches becomes simplified when first constructed in rectangular door shapes. which are drawn in perspective. 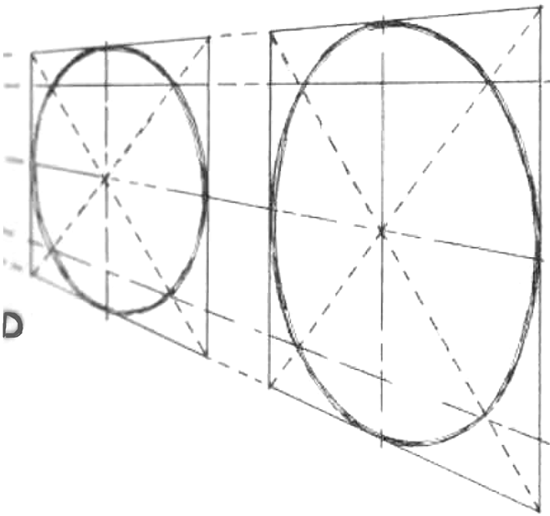 In illustration D, we learn how two identical size circles can be shown in perspective, such as wheels on cars, etc. 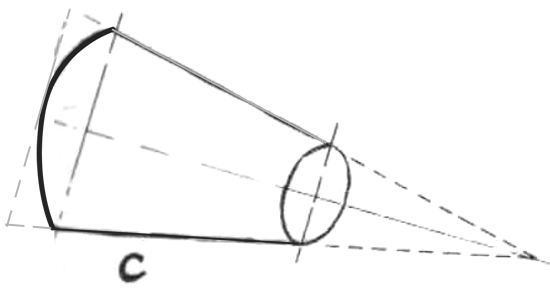 Fig. C represents a segment of a cone.

Fig. F illustrates how a circular form may be constructed within a box drawn in perspective.

Fig. H represents a cylinder whose top edge is on a line with our eye level. In Fig. I the top of the cylinder is above our vision, while in Fig. J the top is below the horizon line.

When we view directly a closed curve so that all points on it are of equal distance from the center, we see a perfect circle. However, when this circle is tipped it becomes an ellipse—and the curve now has a long and short diameter. This illusion is referred to as drawing a “circle in perspective” or more commonly termed circular perspective. Once a student has learned to draw simple circles in various perspective views it is relatively easy to draw any common circular object in perspective, such as a can, plate, wheel, etc. 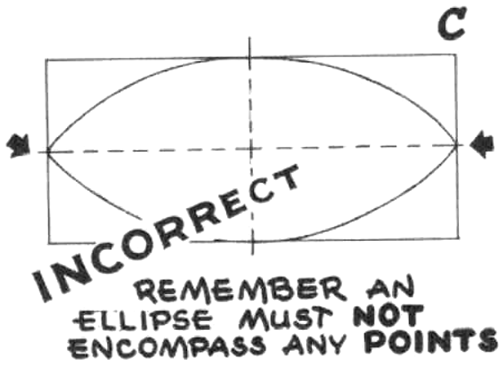 While an ellipse appears easy to draw it is quite common for the average student to have difficulty constructing it. Avoid the usual pitfall of bringing the ellipse to points at the ends of the long diameter (Diagram C).

In Diagram A, an ellipse may be more easily drawn by shaping it within a rectangle—first drawing arcs tangent to the diameters. 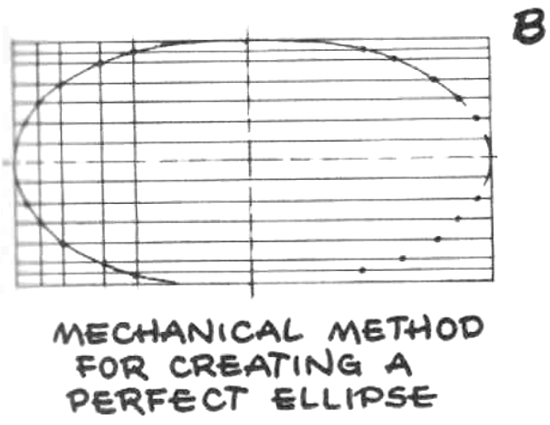 In Diagram B, is shown an accurate mechanical method of drawing a perfect ellipse by first drawing half of the ellipse, and then drawing the other half, through equal measurement on a series of parallel lines.

Diagram E, illustrates a series of circles in relationship to the line of vision.

Now we will see how we can draw common objects in circular perspective. These can be constructed in accurate perspective. It is by following this procedure that we shall eventually be able to draw them with ease, freehand perspective—and with a sound knowledge of knowing “what we are doing.”

You will observe that in Figs. A, B, C, D, and E that the objects have been basically constructed in boxes. Drawing them in this manner eases our problem—helping us to visualize their form, contour, and size. Too, this method insures more accuracy in construction of the objects. 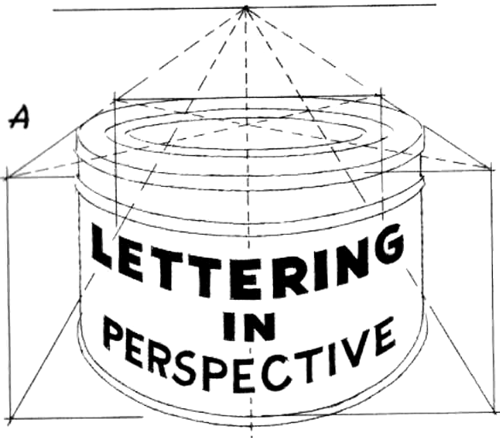 Note that in Fig. A, as the words curve around the can, they become smaller at their outer ends. This gives a roundness and solidity to the can. 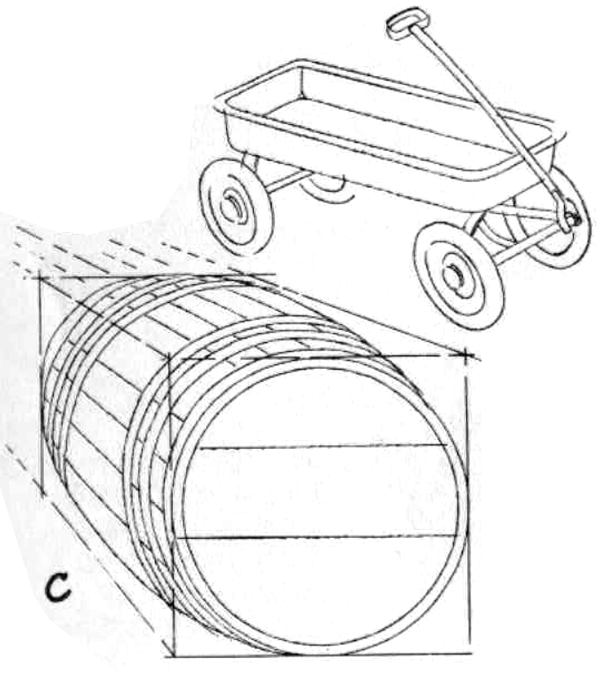 In our drawings of the barrel (Fig. C), you will see that it has been diminished or foreshortened, and yet it appears relative to its proper size. 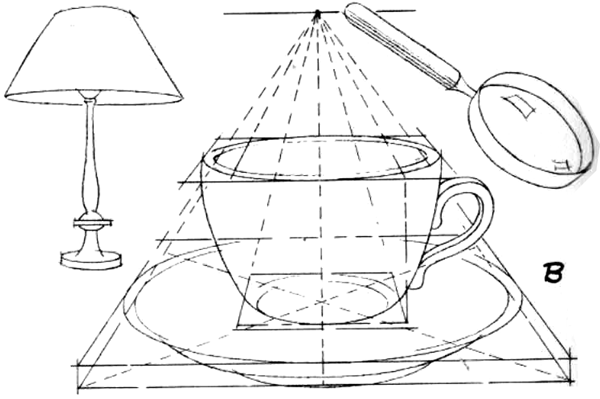 In Fig. B the saucer is first drawn within a rectangular box. Both of the concentric ellipses for the bottom and top of the cup are constructed within rectangles which are in parallel perspective. 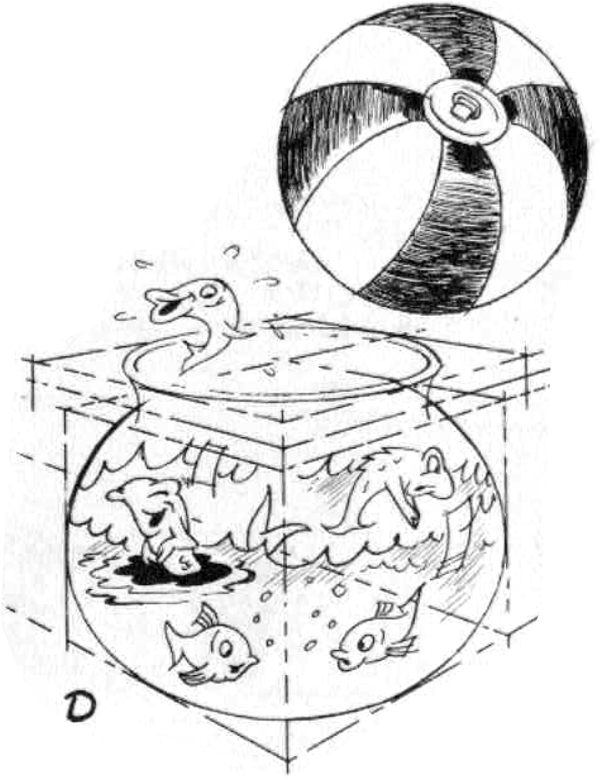 Draw the smaller objects by first constructing them in boxes and drawing them in proper circular perspective…such as the above ball and fish bowl. 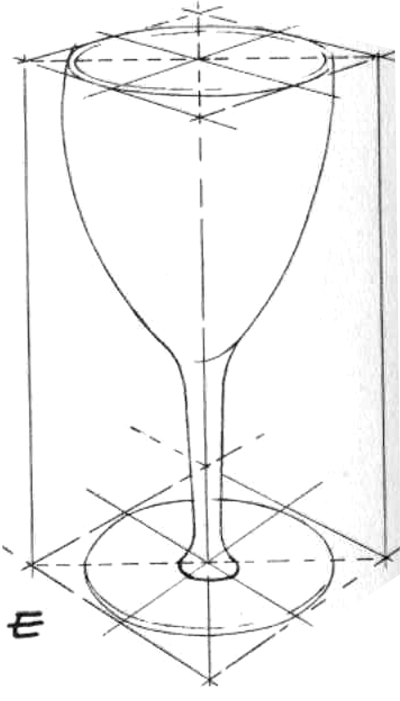 And notice this wine glass has more than one circle to draw. Use this rectangle to draw it correctly.

I hope that this tutorial will help you draw circles and circular items in the correct perspective.