This is just a quicky guide to drawing in perspective while cartooning. If you want a more detailed guide to perspective, we have a few of them here. Find out how to draw cartoons that show the right use of depth and distance. The perspective drawing tutorial is below. 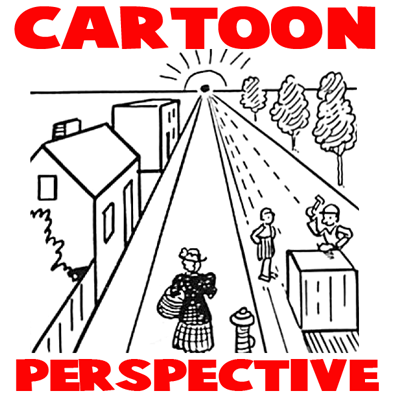 There are times when a cartoonist must show depth and distance in his picture, as well as the correctness of details that correct use of perspective can give.
Some simple points on perspective are illustrated here. 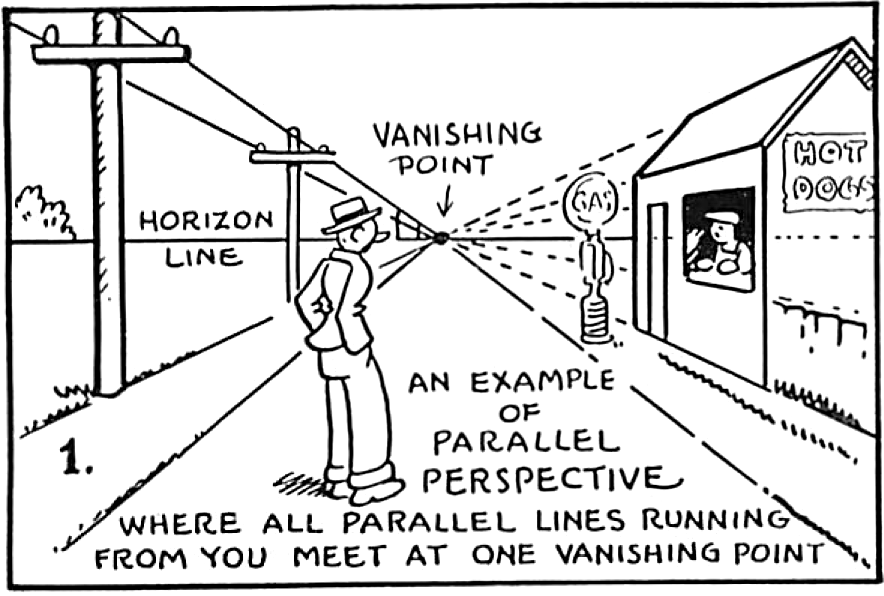 Notice the line in Figure 1, above,  where sky and land seem to meet. This is the HORIZON. When parallel lines such as those of the roadway seem to meet at one distant point we have the VANISHING POINT. The use of one vanishing point with all parallel lines meeting it is called PARALLEL PERSPECTIVE. 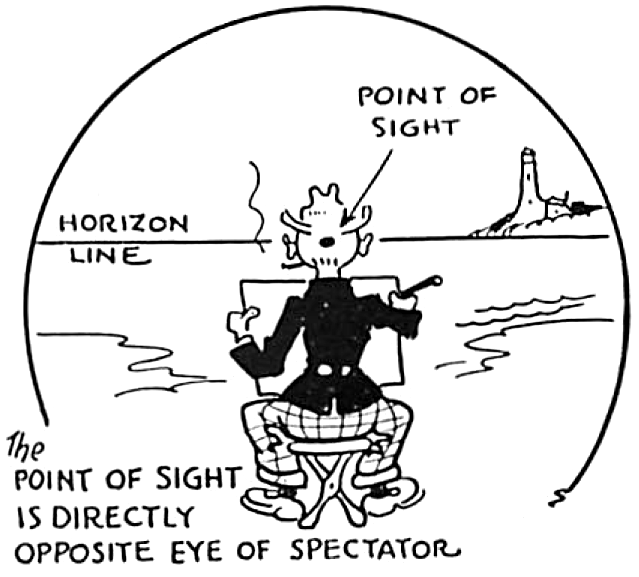 Notice above the horizon line. This is where the sky and land seem to meet. The dot this in inside the man’s head, above, is called the Point of Sight and it is the point that is directly opposite the eye of the viewer. 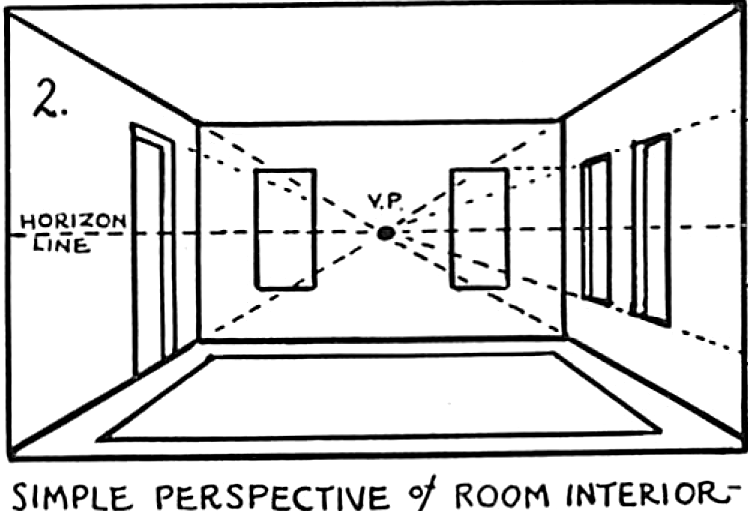 Sometimes the vanishing point is imaginary when nearby objects intervene, as the room in Example 2 or 3. The effect of looking up or down at anything is brought out by the horizon line being placed high or low as in Examples 4 and 5. In the diagrams are shown also some circular objects in perspective. 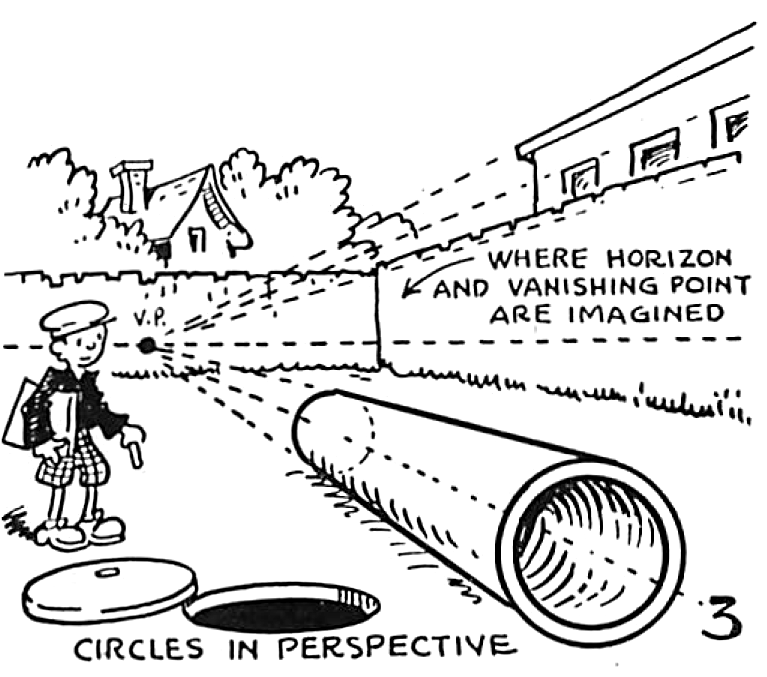 Circles are easy to draw but you might find it a bit more difficult to draw them in correct perspective. It is too difficult to explain in a quick guide, however, we have a quick tutorial for drawing circles in perspective here. 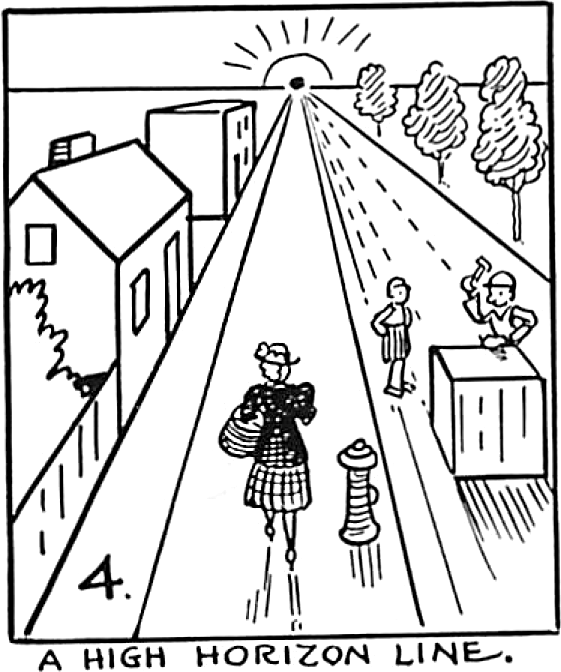 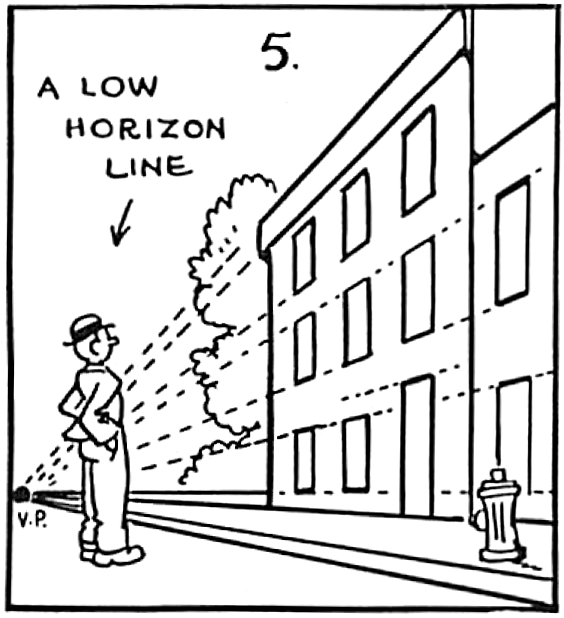 Here is an example of a low horizon line…notice again how different a viewpoint this is.  The vanishing point is off to the left. 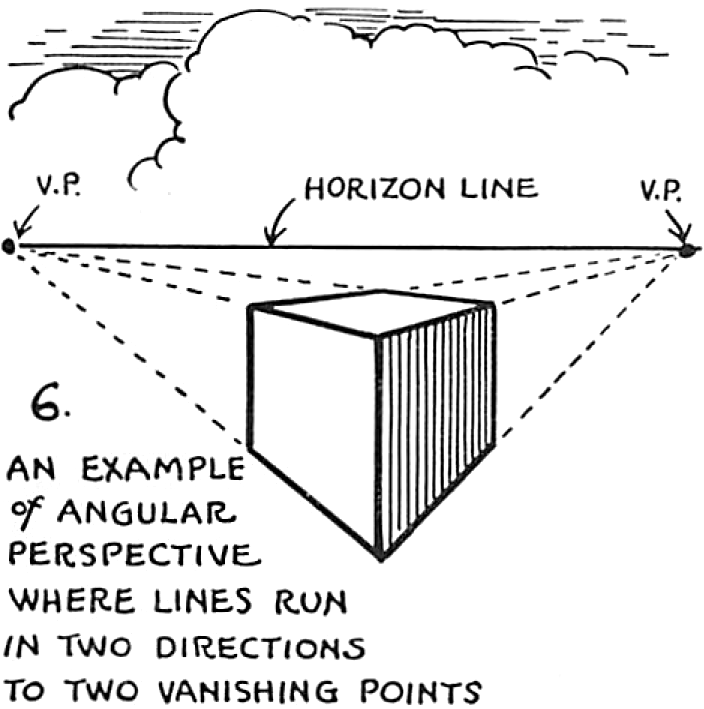 Objects in perspective are not always placed so that they require one vanishing point. When at an angle, the lines run in two directions to two vanishing points, and this is called ANGULAR PERSPECTIVE (Figure 6). 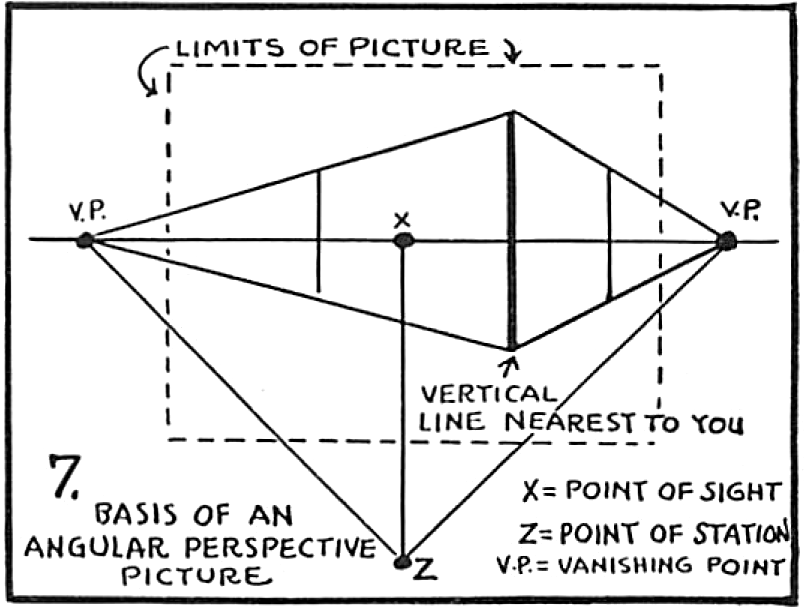 Study and copy the lines of Figure 7. First draw the horizon line and the POINT OF SIGHT in the center opposite your eye (X), then the POINT OF STATION (Z), where the spectator stands, and from there run lines at right angles to each other up to the horizon, thus indicating the two vanishing points.

The next step, if you are to draw a building, is to indicate its vertical line nearest to you. 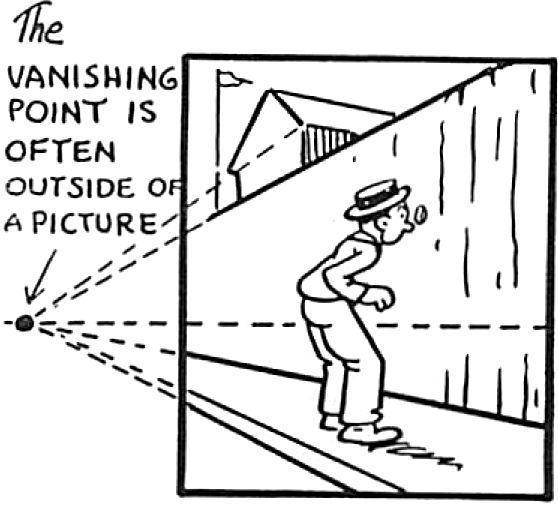 Sometimes the vanishing point is outside the drawing paper. This is very normal. You can either draw a dot on your desk to use as your vanishing point or just imagine where it would be. In cartooning, it is not essential to have your perspective exact…so don’t fret. 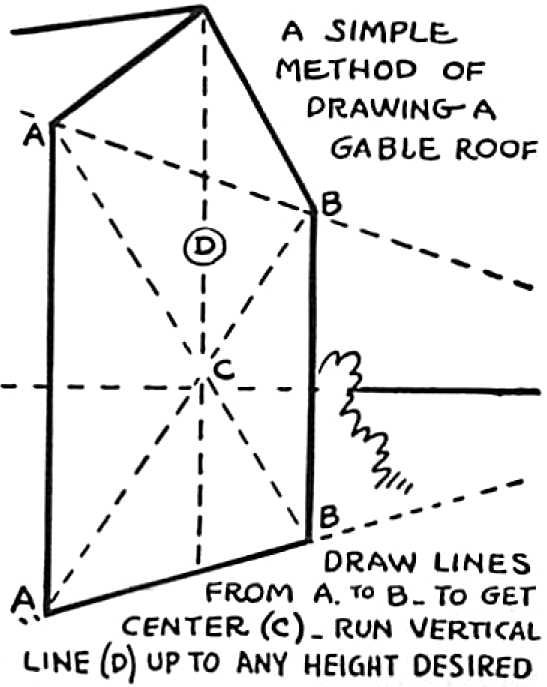 In order to draw a roof, follow the above instructions. You basically find the center of the building and then run a line up vertically to the desired height of the roof. Then draw lines down to the outside vertical lines.

I hope that this guide to drawing in correct perspective has helped you.