Disney Frozen seems to be on everybody’s minds so I made yet another Frozen tutorial. This tutorial will be for learning how to draw Kristoff kissing princess Anna. This is a great drawing to make for Valentine’s Day or just because you can. We will guide you to draw this picture with simplified shapes such as letters and numbers. I hope that you enjoy this tutorial.

You Might Also Enjoy Our Other Disney’s Frozen Tutorials 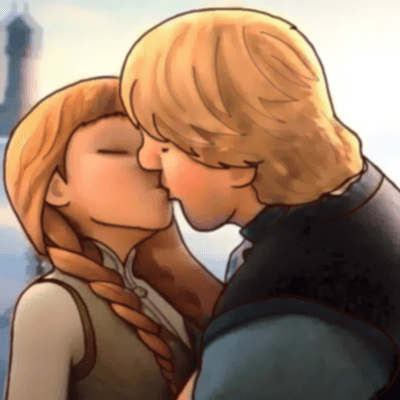 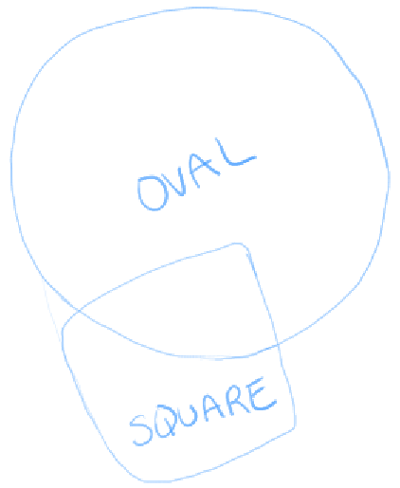 Lightly draw an oval and a square for the structure of Kristoff’s face. 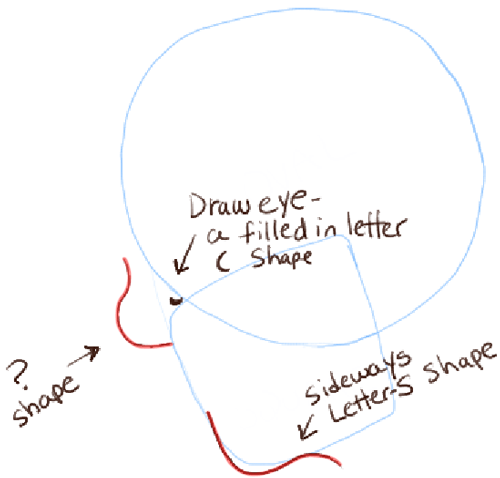 – Use the guidelines of the face to help you draw the actual face structure.

– Draw an upside down ?-like shape for the nose.

– Draw a sideways letter ‘s’ shape for the chin. 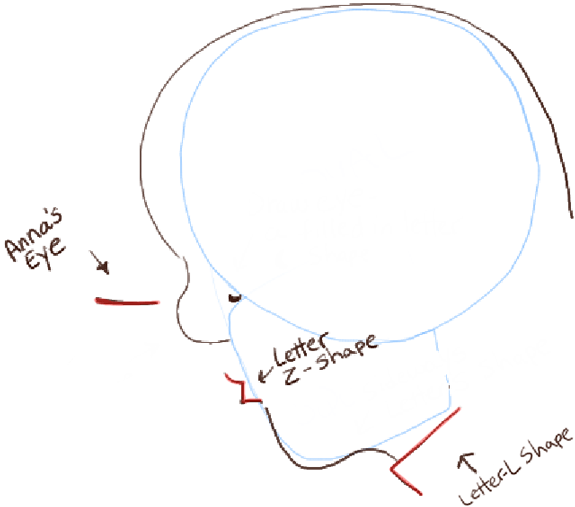 – Draw a line around the circle of the head for the hair. 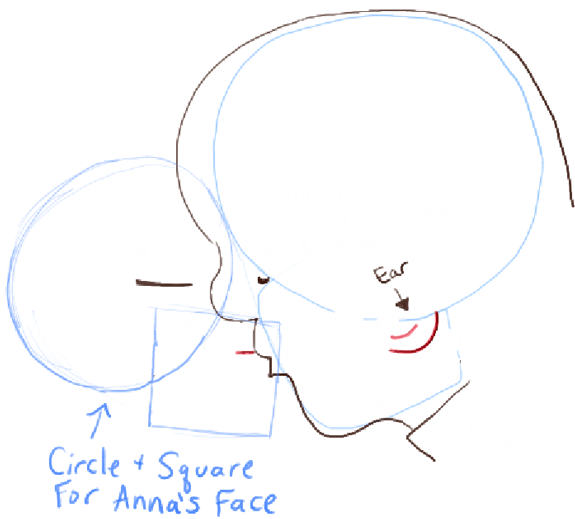 – Lightly draw a circle and a square for the structure of Anna’s face. Draw a line for Anna’s lips. 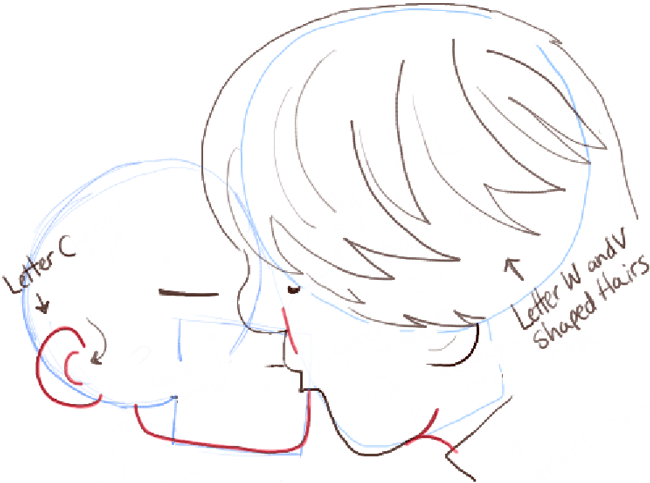 Anna: Draw 2 letter ‘c’ shapes for her ear. Draw her chin using the square to guide you.

Kristoff: Draw a line to the right of his nose. Draw a letter ‘T’ shape to finish off the chin / neck area. Draw letter ‘W’ and letter ‘V’ shaped hairs. 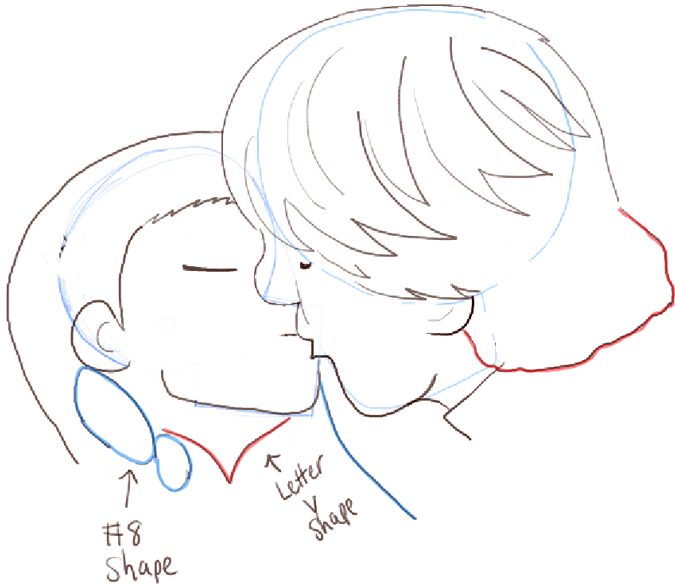 Anna: Draw a letter ‘v’ shape for her collar. Lightly draw a #8-like shape for the start of her braid.

Kristoff: Draw a curved line on Anna’s face for Kristoff’s glove. Draw the bottom of his hair. 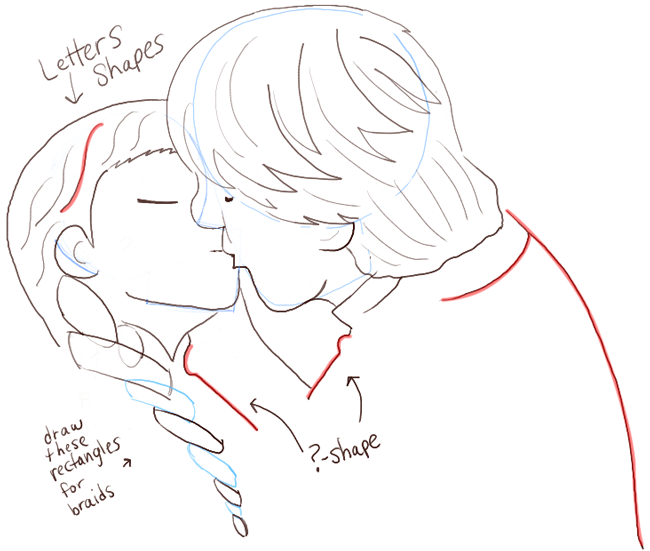 – Draw the back of Kristoff’s shirt. 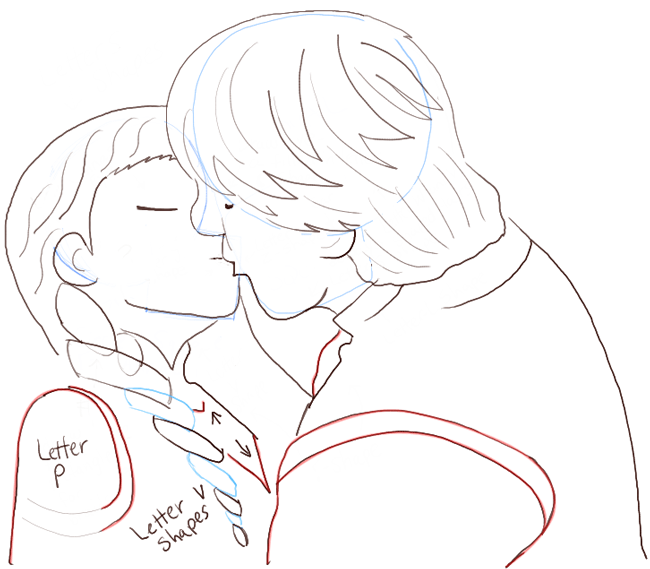 Anna: Draw a letter ‘P’ shape on her shoulder. Draw letter ‘V’ shapes in the middle of her shirt.

Kristoff: Draw the shoulder area. and draw a curved line near his collar. 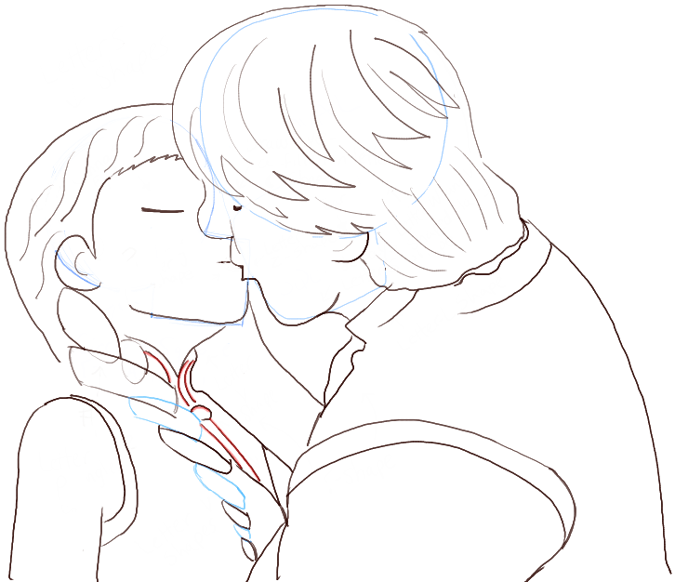 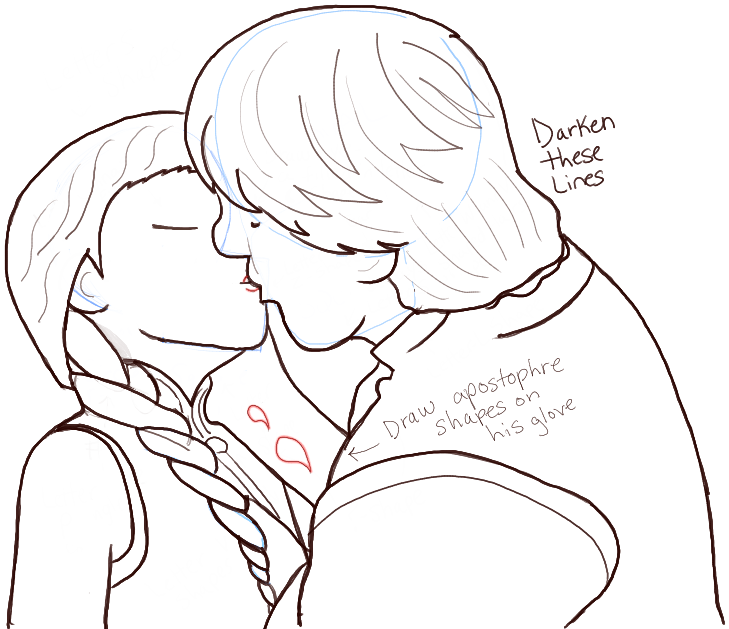 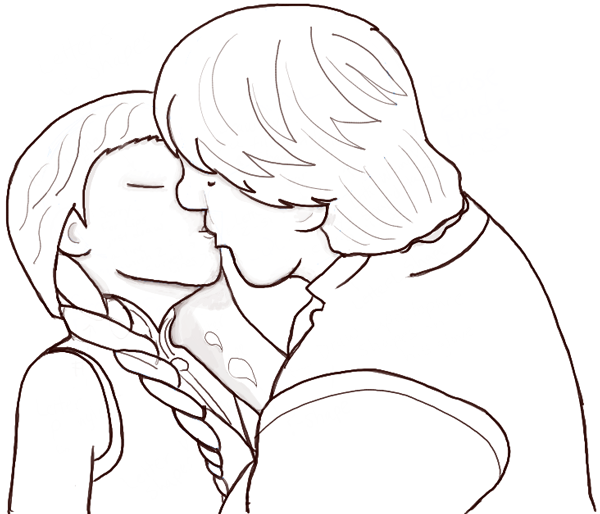 Here is the finished drawing of Anna and Kristoff kissing. You can color them in by looking at the picture at the top of this tutorial. Show the picture off to all of your friends and come back for more Frozen tutorials as well as other drawing tutorials.

You Might Also Enjoy Our Other Disney’s Frozen Tutorials