Now that your figures / characters are pretty well penciled-in, start inking your comic strip. For your lettering and outlines of characters, I would suggest a Faber-Castell Pitt Artist Pen. This is a waterproof  india-ink pen and they sell them in many different sizes…they even sell one that is a brush. It will give you a good even outline, plus  a good lettering job. If you have a favorite pen of your own, use it. Be sure to ink in your lettering before anything else!!! 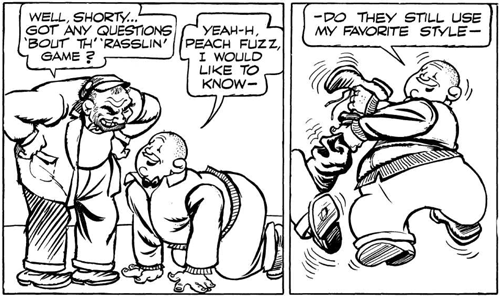 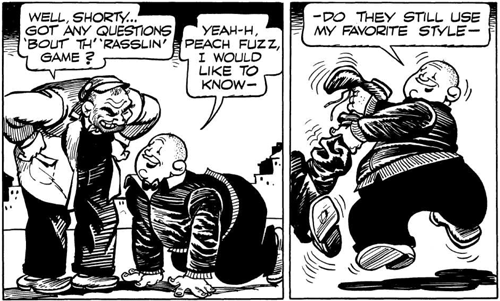 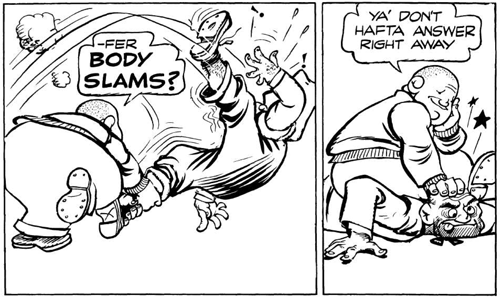 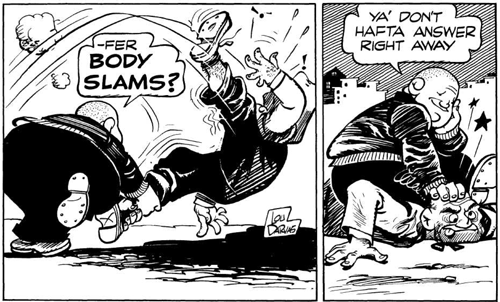 Now lets look at comic strip (B). Compare it with Comic Strip (A). Notice where, and how the shading was applied. Notice the action lines in the second panel which denotes shaking of the leg…notice the lines of motion in panel three and the leathery appearance of Haff Nelson’s Jacket – his pants are solid black which makes him a stand out – after “coloring” the clothes, the strip is completed with ground and background shadows.

This complete week of comic strips shows how the continuity can sustain the interest of the readers. Notice that these strips use only three panels a day.

In working out continuity for a comic strip, work on a scrap piece of paper that is sectioned off with panels – sketch in your figures (very rough) – then work off this for your finished job. 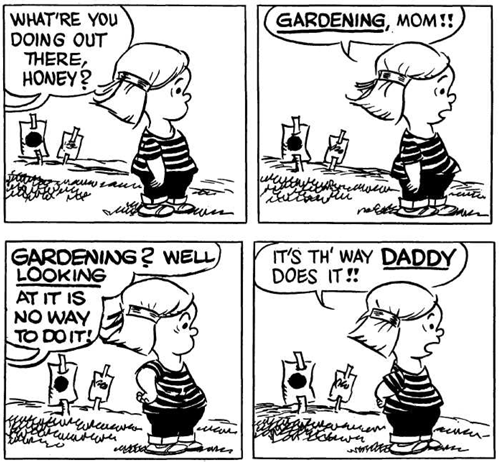 Here is the type of “kid” comic strip that has become quite popular. “Simplicity” is the by-word in this case. Kid strips and panels have flooded the newspaper market, but there will always be room for a winner!  Who knows, you may come up with another “Peanuts”, “Nancy”, or “Dennis the Menace.”

An “off-beat” type of comic strip might be something you are interested in developing. What is the gimmick? … The little guy always gets into a jam, trying to be someone that he is not. 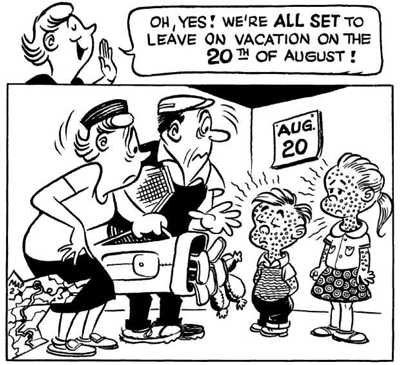 A one – a – day comic panel that looks into the future concerning a conversation of the past.

Drawing for comic strips is truly a medium towards which a budding young cartoonist should energetically strive for. If you have a burning desire to create a feature comic strip, by all means, tackle it. The rewards, in many cases, are amazing!! Good luck!!