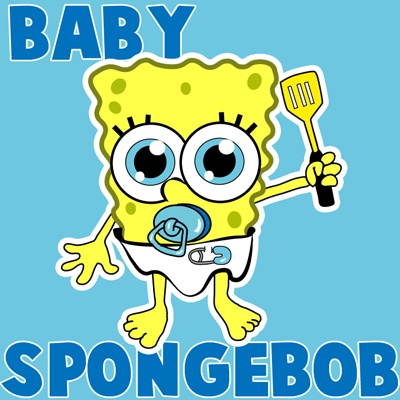 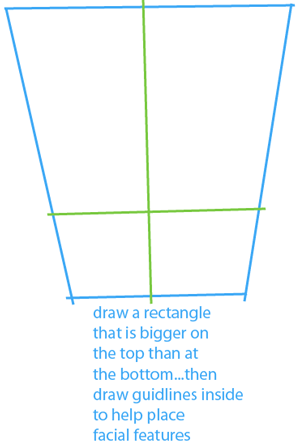 Draw a rectangle that is bigger on the top than at the bottom, then draw the guidelines inside to help place the facial features. 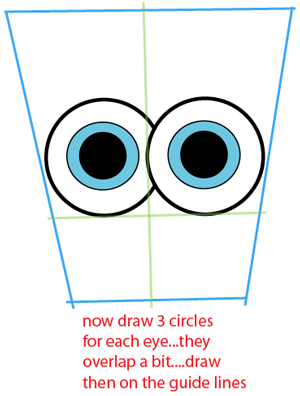 Now draw three circles on the guide lines for each eye, they overlap a bit. 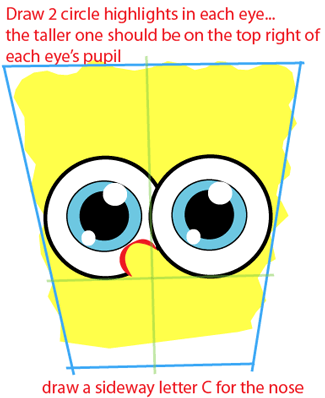 Draw two circle highlights in each eye, the bigger one should be on the top right of each eye’s pupil. Then draw a sideway letter ‘C’ shape for the nose. 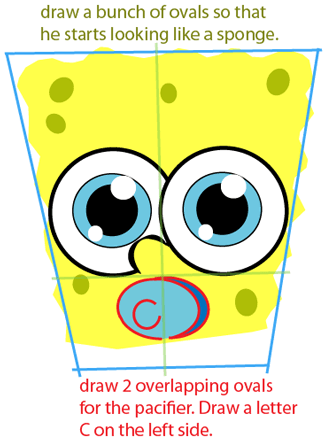 Draw a bunch of ovals so that he starts looking like a sponge. Draw two overlapping ovals for the pacifier and draw a letter ‘C’ shape on the left side. 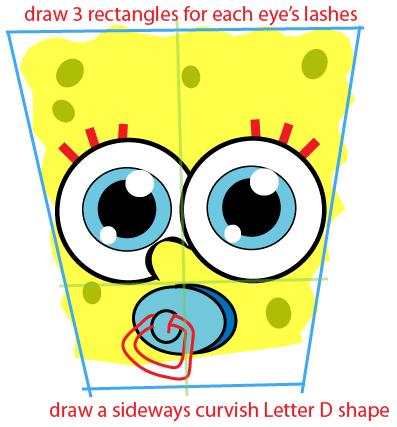