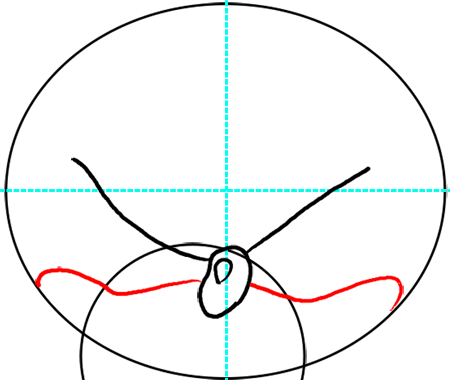 Now draw 2 squiggled lines from the middle of the nose to the outside of the circle. 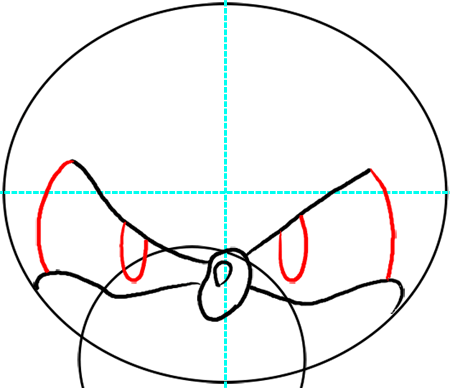 Now draw a curved line for the outside of the eyes. Also draw a letter ‘U’ for each of Sonic’s irises / pupils.

Now to make the highlight in the eye draw a slanted line downards from the middle of the letter ‘U’ that you just drew (making it look like a letter ‘J’ with a square in it. 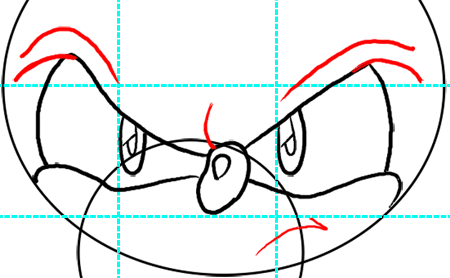 Now draw Sonic’s furrowed brow by drawing 2 downward curved lines above his eyes. I drew blue lines along the left edge of each eye to show you that the brow lines start at about the same vertical position. Also draw a curved line above his nose. To draw his mouth draw a backwards checkmark. 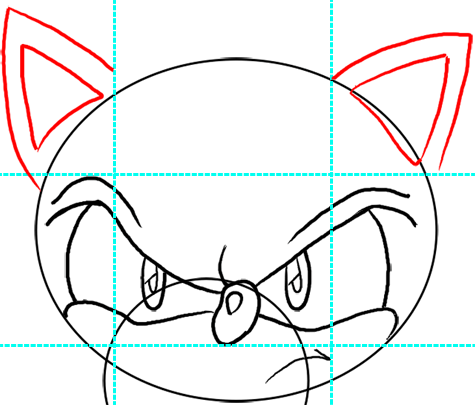 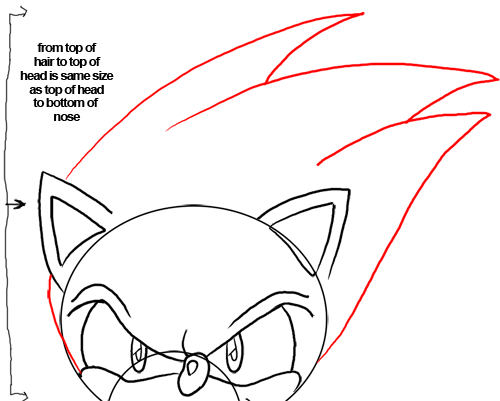 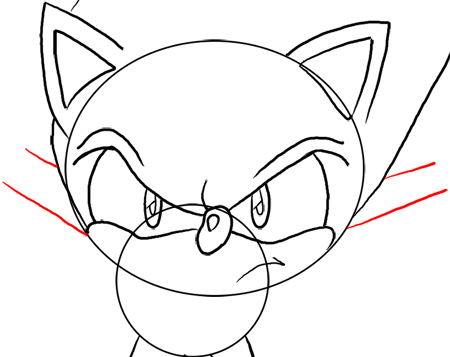